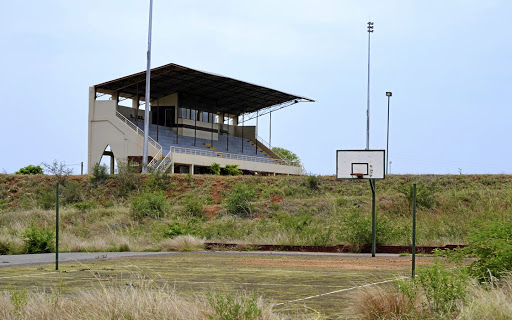 The grandstand and field at Mdavula village in Limpopo, which have been neglected and where no sport takes place.Picture: Given Mukwevho

The funding application to the National Lotteries Commission by a charity organisation, I Am Made for God's Glory, promised a cricket pitch, tennis courts, soccer and rugby fields, and volleyball and basketball courts in Thohoyandou, Limpopo.

Except that the stadium being promised had already been built by the municipality seven years earlier in 2008.

Nevertheless, the organisation was given more than R11m for the project.

This is just one of the projects under investigation by the Special Investigating Unit (SIU) and the Hawks' serious economic crimes unit. Both are investigating the alleged theft of millions from the lotteries commission through allegedly hijacked and ghost non-profit organisations.

The Sunday Times understands the SIU will also look into the alleged theft of money distributed by the lotteries commission's proactive funding system (PFS) and the alleged disappearance of money from its investment fund.

Begun in 2015 following an amendment to the National Lotteries Act, the PFS allows the minister to fast-track grants.

Hawks and SIU sources said I Am Made for God's Glory received money from questionable lottery grant applications. The two units are also looking into possible hijacking in 2016 of a bank account belonging to a Limpopo-based drug rehabilitation centre, Denzhe Primary Care.

A Pretoria lawyer, Lesley Ramulifho, who is the chair of God's Glory, and a colleague, Liesl Moses, did not respond to requests for comment. Ramulifho's assistant, Tshepo Matjila, confirmed the e-mail address.

Today the Mdavula stadium in Thohoyandou is dilapidated. 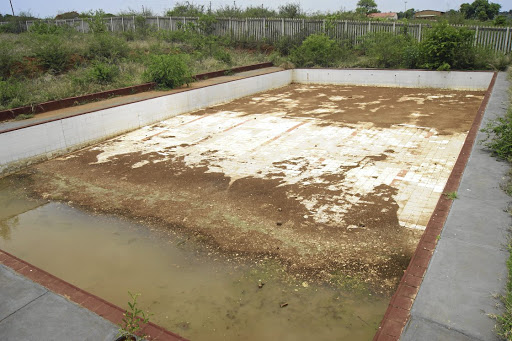 Amos Mafumo of Mdavula village, said: "The grandstand, which was done in 2014, God's Glory never built that facility. They just came in 2018 and painted the stand and left without paying people."

He said children from the village and surrounding villages had not used the stadium in years. "We don't know that organisation. We only heard about them when they came to paint the stadium," said Mafumo.

Themba Mondlane, who lives in the village and was one of those who helped paint the facility in 2018, said they were never paid. "We were told to do the painting as the big boss wants to submit a report for more funding. This is an old stadium. Our children still struggle with soccer kits. I have never seen a child play tennis or basketball here."

There are no other sporting facilities in the area. The register at the stadium shows the last person to visit the facility was in October 2019.

Walking through the stadium, the Sunday Times found an empty pool. The tennis and basketball courts were overgrown by weeds. The Sunday Times could not find the cricket field and the soccer field was overgrown, with no goalpost nets.

"We do not know who these people are. They only painted the grandstand. We don't even know who gave them that authority."

God's Glory was given R11.37m, according to the lotteries commission in its 2018/2019 financial beneficiary documents submitted to parliament this year.

Three prominent South Africans are in the running for the position of chairperson of the board of the National Lotteries Commission.
Politics
1 year ago

In its grant application in December 2017, which the Sunday Times has seen, God's Glory said it employed 80 people, created a sports facility and provided soccer balls and equipment that would benefit 13,000 Limpopo residents, among them 6,000 children.

Department of trade & industry director-general Lionel October told the parliamentary portfolio committee in September that the Denzhe matter had been referred to the police. Former Denzhe chair Takalani Tshikalange opened a case with police on August 3, claiming she had been fraudulently removed as a signatory on its bank account.

This allowed the R15m grant the drug rehab centre had received in 2016 to be withdrawn almost immediately. The centre had to close because of this.

Hawks spokesperson Col Katlego Mogale said the serious economic offences unit had been investigating "a case involving a [non-profit organisation] since September 2020" but declined to name the organisation.

"There is an indication that there may be more matters to be reported. No arrest has been made and no funds have been recovered," she said.

The lotteries commission's lawyer, Joseph Maluleke, said he and the commission had had no insight to the department's forensic investigation.

Department spokesperson Sidwell Medupe declined to comment on the forensic investigation, which was begun following extensive investigations by the organisation Groundup, that had identified numerous shortcomings with the lotteries commission's investigation.

Canoeing SA rallies the rebels to oust Sascoc board

Disgruntled sports bodies have banded together to demand a special general meeting at which they want to get rid of the South African Sports ...
Sport
2 years ago

Sascoc board outgunned at SGM

Barry Hendricks was swept back into the top spot at the SA Sports Confederation and Olympic Committee (Sascoc) yesterday with a landslide vote.
Sport
1 year ago