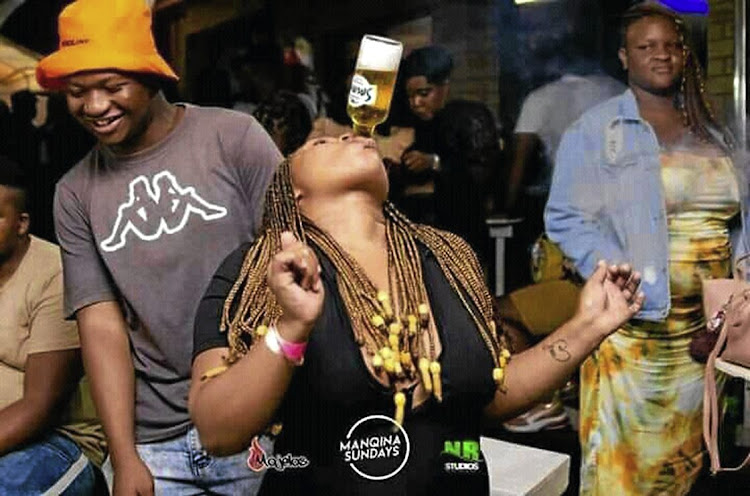 Some on social media are blaming the "Savanna challenge" on the recent level 3 restrictions on alcohol.
Image: Supplied/Mojelo's Place

When it comes to consequences it's always easier if someone else is to blame - and it looks like Mzansi is blaming the level 3 lockdown on cider drinkers, specifically those taking part in the unofficial "Savanna challenge".

The social media craze, which has been popular for several weeks, encourages party-goers to post photos of themselves with bottles of cider balancing on their heads, chins or backs.

There's been a backlash to the craze since Monday's announcement of a return to level 3 lockdown, but Distell, which makes Savanna, has distanced itself from the row, saying the challenge is nothing to do with the company.

When he announced the stricter lockdown, President Cyril Ramaphosa said: "Infections are on the rise in part because, as humans, we are social beings and have a need to socialise with one another … The rapid rise in infections is being fuelled by
so-called super-spreader events, including end-of-year functions, family and social gatherings, and music and cultural events." 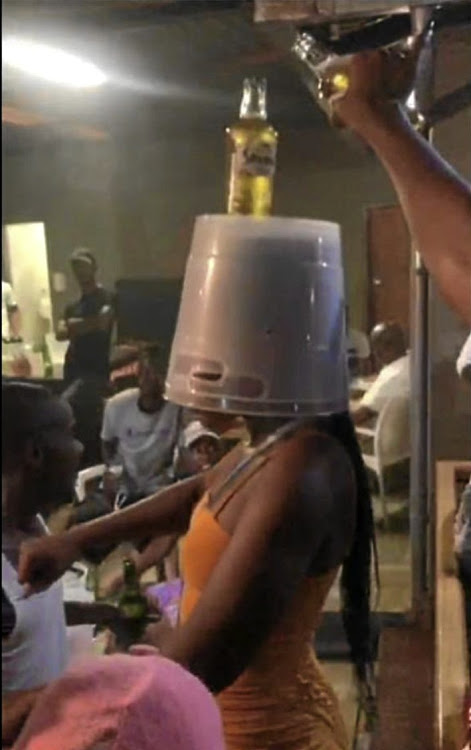 Some of the posts of the unofficial ’Savanna challenge’on social media.
Image: Supplied/Mojelo's Place

Comments attacking the challenge rapidly filled the SA House Music Facebook page, which has nearly 500,000 followers. One post showed a woman balancing two drinks on her back with the caption, "I blame Savanna drinkers #AdjustedLevel3."

"Yaa we warned you not to put those Savannas on your heads and you did not listen, now look where this got us, back to level 3. Let's see if you can put that 1.25 litre of Coke on your heads," said Melusi Mthethwa.

Maijaliina Hansen-Chipps, head of Distell's ready-to-drink business, said the craze is not part of any promotion. "Savanna does not support or promote irresponsible consumption or behaviour in any situation," she said.

"The brand has gained popularity and market share with South African consumers over this last year, and with this momentum it has become an absolute priority to promote responsible consumption and behaviour. The brand did not start any sort of social media challenge of this nature, and instead targets negative, irresponsible consumption with a number of harm-reduction social campaigns."

Hansen-Chipps said this kind of behaviour is damaging to the brand. "We want nothing to do with it. We don't condone it and don't endorse it at all.

"We will continue to monitor the irresponsible behaviour and online activity across all brands, and aim to maintain our efforts to drive responsible messaging and behaviour into 2021."

A free beer promotion by Castle Lite was cancelled on December 17 after a spike in the number of Covid infections. The #UnlockSummer campaign began in October and
rewarded entrants with a free six-pack of Castle Lite when the Northern Cape town of Hotazel reached 35C or higher.

"Now more than ever we need to be responsible together and have therefore decided to put the campaign on hold," Castle Lite said.

As SA experiences harrowing death and infection rates, health experts have slated the government's readiness for the second wave of Covid-19.
News
8 months ago

Booze restrictions will help until we get a Covid vaccine: specialist at busy hospital

A front-line worker at one of the biggest hospitals in Gauteng said the number of Covid patients being admitted to the hospital was steadily ...
News
8 months ago

Disagreement over whether KwaZulu-Natal has the resources to cope with Covid-19 patients continued on Thursday as Sama bemoaned a “dire shortage” of ...
News
8 months ago