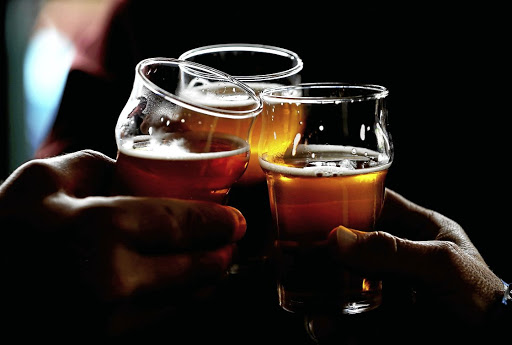 The government is determined to force South Africans to drink less - for their own good, it says.
Image: Arena Holdings

Steep taxes and a higher legal drinking age are among the measures the government is considering as it seeks to curb the "ugly" abuse of booze.

In an interview with the Sunday Times at the ANC headquarters in Johannesburg on Friday, President Cyril Ramaphosa said steps have to be taken given the pressure alcohol abuse places on the health-care system.

Alcohol sales have been banned for three separate periods since the Covid-19 lockdown was first imposed at the end of March last year.

The latest ban started just before New Year's Eve and is not due to be lifted before February 15 at the earliest.

The bans have been implemented mainly to curb drunken violence and car crashes resulting from people driving under the influence. They have reduced pressure on hospitals, which are battling to cope with waves of Covid cases.

The ANC national executive committee has suggested that the government introduce stricter liquor laws on a permanent basis.

"I think South Africans need to get to grips with the impact of alcohol," said Ramaphosa, elaborating on the ANC's January 8 statement.

"Obviously we would want to start off with massive campaigns against the abuse of alcohol and drugs and we need to intensify this much more vigorously.

"The legislative part is something that we need to look at very closely to see how do we begin to ... reduce the abuse of alcohol," he said.

A police officer has been bust moving liquor in a cop van, in direct defiance of lockdown laws.
News
1 year ago

SA’s alcohol industry, reeling under a renewed liquor sales and distribution ban since the end of December, on Tuesday called for a deferment of ...
News
1 year ago

Ramaphosa said consumption had dropped in countries where liquor taxes had been raised.

"We could look at advertising as well," he said.

"Should alcohol be as widely and broadly advertised as it is, to a point that even young children see alcohol being advertised throughout the course of the day; what should we do about that, should they advertise or not?

"So those are all of the things that we need to look at," the president said.

"What is clear in my mind is that it raised its ugly head now during Covid and we saw what abuse of alcohol does in the number of trauma cases that are often reported; when we imposed the ban, many trauma cases stopped," he said.

"We hope that the process of regulatory changes being proposed will be objective and fair as required by our democratic constitution, and will consider all evidence-based suggestions from all parties on how the problem can be resolved," he told the Sunday Times.

"The biggest challenge with the formulation of regulations under the National Disaster Act since March 2020 ... has been lack of consultation with affected parties, and therefore no consideration of alternative solutions with less harm to our struggling economy," said Mngadi.

The organisation's Christo van der Rheede has warned that the continued ban on alcohol is likely to fuel illegal sales and called for liquor to be ...
News
1 year ago

The extension of level 3 lockdown regulations, which prohibit the sale and distribution of alcohol, has been described as the death knell for many ...
News
1 year ago