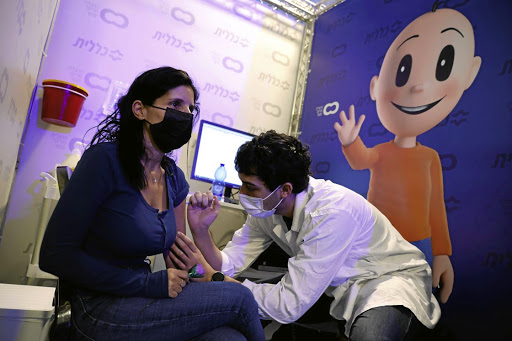 A woman receives a Covid jab at a temporary health-care clinic in Herzliya, Israel. According to Our World in Data, Israel has administered at least one shot to 60% of its population.
Image: Reuters

Vaccines arrived in the country this week, and soon the proof will be in the pudding as to how keen South Africans are to get the jab after the rollout.

Internationally, there is growing confidence in the vaccines - but attitudes vary widely from country to country, as do rollout successes and failures.

According to a survey carried out in 15 countries by Imperial College London (ICL) and YouGov, 78% of Britons are keen to be immunised, but in France it's only about 44%. No African countries were included in the survey.

"As vaccines will play a vital role in controlling the pandemic, leaders must act now to help more people understand the benefits and make sure that no-one is left behind," said the ICL's David Nabarro. 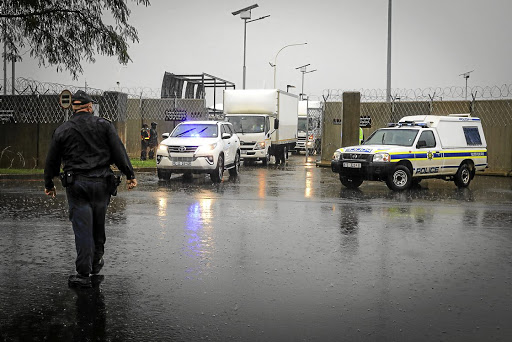 Despite mismanagement of the response to Covid-19 under former president Donald Trump, the US is now successfully rolling out vaccines on a large scale, hitting a target of 1.5-million vaccines a day.

By Wednesday, the US had administered 33.88-million doses, the highest number in the world, with China second at 24-million doses.

However, topping the charts in terms of percentage of population who have received at least one dose are two countries in the Middle East: Israel and the United Arab Emirates (UAE). According to Our World in Data, Israel has administered at least one shot to 60% of its population, and the UAE 36% while being on track to hit the 50% mark by the end of next month.

Of the percentage of the population fully vaccinated with all required doses, Israel is miles ahead of anyone else at 22% with the UAE second at 2.5%. After that comes the US, followed by Denmark, Italy and Iceland.

Health minister Dr Zweli Mkhize has explained why South Africa paid more for the Covid-19 vaccines in comparison to other countries.
Politics
3 months ago

The UK, widely criticised for its slow response to the pandemic last year, has hit back with a strong vaccine rollout, with about 16% of the population having had at least a single dose.

Brazil, hard-hit by the pandemic with its President Jair Bolsonaro under sharp criticism, only administered its first shot on January 17, several weeks after other South American countries had already done so.

It also began its rollout with a Chinese shot that has only shown efficacy of just over 50%, Reuters reported. The country has recorded more than 218,000 Covid-19 fatalities, second only to the US, but has only vaccinated less than 0.5% of its population.

India, where SA's first doses of vaccine have come from, has given at least one shot to about 0.02% of its massive population.

Zimbabwe was lagging badly behind, but got a boost this week when China announced it would be sending a donation of 200,000 Sinopharm vaccines, with more scheduled to follow. At two doses per person, the country is set to vaccinate about 100,000 people who are frontline health workers, those with comorbidities and the elderly.

World Health Organisation chief Tedros Adhanom Ghebreyesus said on Friday that nearly 130 countries, with 2.5-billion people, were yet to administer a single vaccine dose. "Globally, the number of vaccinations has now overtaken the number of reported infections. In one sense that's good news, and a remarkable achievement in such a short timeframe. But more than three-quarters of those vaccinations are in just 10 countries that account for almost 60% of global GDP," Tedros said.

A 'home-grown' Covid-19 vaccine deal is near, says Biovac CEO

In a move that could dramatically alter SA's access to more Covid-19 vaccine, Cape Town-based biopharmaceutical company Biovac is negotiating with ...
News
3 months ago

All provinces in SA are ready to move ahead with the Covid-19 vaccination rollout, says health minister Zweli Mkhize.
News
3 months ago
Next Article