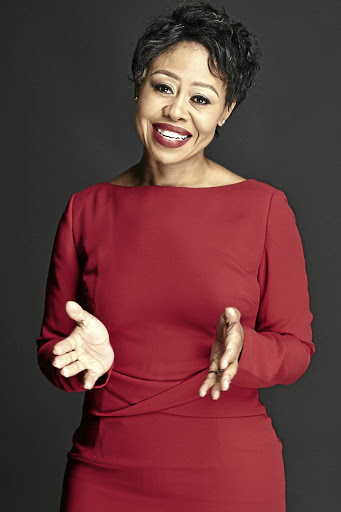 "I was raised by a nurse. I believe in vaccines, I believe that they work, and I want to affirm and amplify that message."

So says media personality Redi Tlhabi, but she also acknowledges that some people are "feeling anxious" about Covid vaccines.

Speaking on a webinar organised by the Solidarity Fund this week, Tlhabi highlighted the difference between those who are hesitant about vaccines but "inquisitive", versus those who are anti-vaccination and buy into conspiracy theories.

"I had assumed that we had a big vaccination culture here," she said. "Our clinics are full of mothers queueing with their babies, even in the dead of winter. Vaccines are familiar to us and we had no conspiracy theories. But I blame Trump and his anti-vaxxer movement that we have now inherited this madness from across the Atlantic."

According to the ministerial advisory committee on Covid-19, surveys on hesitancy have found acceptance levels of between 82% and 52%.

For Dr Nicholas Pearce, hesitancy has translated into a waiting game that plays out in an entertainment hall-turned-vaccine site attached to a nursing home at Universitas Hospital in Bloemfontein.

Speaking to the Sunday Times this week, Pearce said: "We can send out 2,000 invites for [the Covid-19 vaccination] and then around 100 people will pitch. Sometimes the vaccinators are sitting around waiting. We had one woman coming in with her husband. He was happy to be vaccinated, but she wasn't, saying that she 'didn't want to give her ID number to the government'."

Pearce said he found it "sad that people will believe a social media post by one individual rather than an accredited journal or media outlet".

He had also encountered Bloemfontein residents who said they didn't want to "put chemicals in their bodies", yet many were taking ivermectin in a bid to avoid infection.

Also, "people shy away from speaking about race" but addressing vaccine hesitancy requires tailored approaches for different groups, he said.

"When we open on the weekends, elderly black residents are brought in by their children. There are cars shuttling people back and forth. So in black families, you target the younger generation on social media.

"With the white families, the elderly are arriving alone with no family support. We are trying to target those residents who are hesitant by going through the churches."

Acting health minister Mmamoloko Kubayi said that Limpopo's high vaccination rate was partly due to the province's push to get influential people in the community, such as councillors and priests, involved in advocacy.

But she said shortage of money also kept people away from vaccination centres. "The person will have to wait for their grant. So they will register, get a message and then they will not go. So that is why you will have no-shows."

According to a paper in the South African Medical Journal, a central finding of surveys on vaccine hesitancy is that it is a "complex social phenomenon" and that views "are influenced by social factors such as age, race, education, politics, geographical location and employment".

Jackie Maiman, CEO of the Independent Community Pharmacy Association, said vaccine hesitancy had been fuelled by "the pause on the Sisonke trial due to the clotting issue and then the contamination of the millions of J&J vaccines".

This was "very unfortunate as these measures confirm that our statutory bodies responsible for registration of vaccines are being very cautious to ensure a safe and effective vaccine is available".

Anti-vaxxers take a hard line, but those who are hesitant can change their minds if they feel confident, said Solidarity Fund adviser Dr Saul Johnson.

"I do think we have to be compassionate and patient with hesitant people's concerns and we must take the time to explain and address questions in an open and honest way to the best of our abilities," said Johnson.

Only half of over-60s have registered for a Covid-19 vaccination, says the man in charge of the nationwide rollout.
News
6 months ago

More than one million doses of J&J Covid-19 vaccine landed in SA on Thursday night and another half a million doses are on the way.
Politics
6 months ago

Stats revealed that only 0.8% of the population in SA has been fully vaccinated.
Politics
6 months ago