Concern a fourth wave could come with deadlier variant 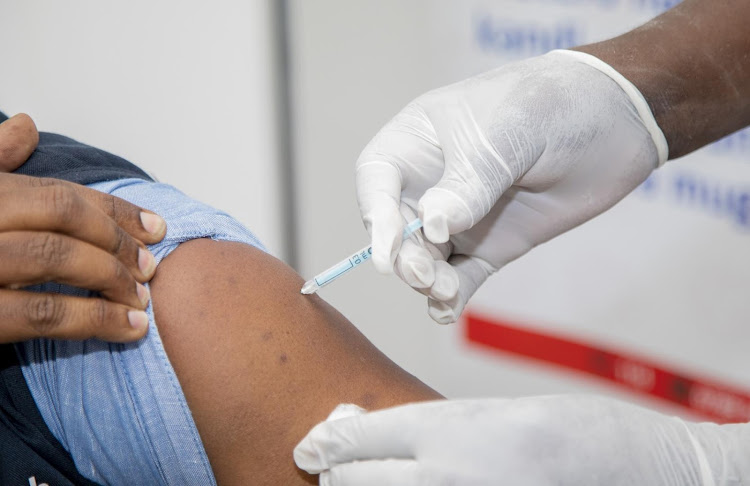 Vaccines are the best option to protect people against hospitalisation and dying in the catastrophic threat the surge in Delta infections poses to South African health systems.
Image: World Health Organisation/Afro

If the Beta variant of Covid-19 is a middle-distance runner, the fitter Delta variant is a sprinter that is infecting South Africans at up to twice the speed. Scientists are unsure whether this rampant variant — which is 30% to 60% more contagious — causes worse illness, as there is not yet enough evidence.

A UK observational study showed “there may be increased risk of hospitalisation within 14 days of a positive test [compared to the Alpha variant]” but no increased risk of dying, University of KwaZulu-Natal geneticist professor Tulio de Oliveira said in a presentation.

Vaccines are the best option to protect people against hospitalisation and dying in the catastrophic threat the surge in Delta infections poses to South African health systems. On Friday, Medical Research Council president professor Glenda Gray said at a health department briefing that the single Johnson & Johnson shot worked better against Delta than against Beta.

“We can see there is less immune escape in the Delta variant as compared to the Beta variant, but over time both improve and the data shows that there is surprising durability by eight months,” Gray said.

The Pfizer vaccine, also being rolled out in SA, provides 94% protection against hospitalisation attributed to the Delta variant, the latest studies find. No scientific studies yet show that infections are more common among children, teens or younger adults, even though anecdotal accounts have raised this concern.

Dr Jinal Bhiman, principal medical scientist at the National Institute for Communicable Diseases (NICD), said on Friday: “At present there is no data to support this statement. An analysis is being finalised by the NICD and will be released early next week.”

However, Bhiman confirmed that the Delta variant is spreading across provinces. “[It] is being detected in other provinces [besides Gauteng], including the Western Cape, KwaZulu-Natal, Limpopo, the Eastern Cape and Mpumalanga,” she said. 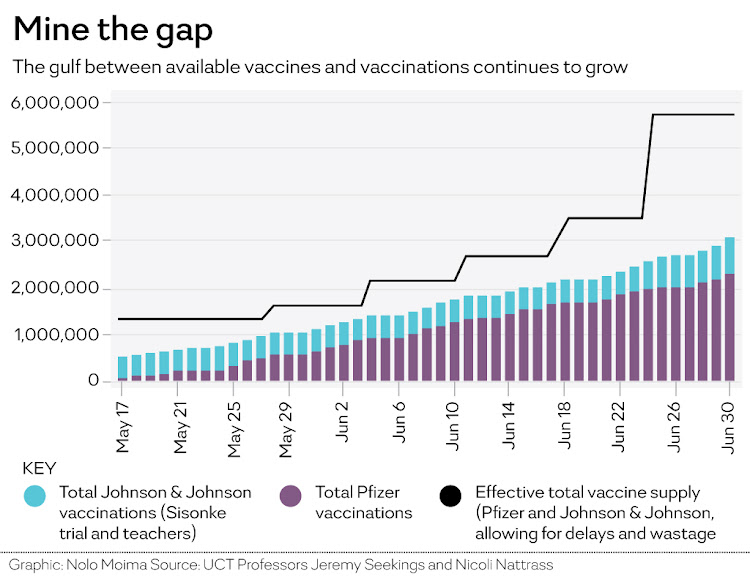 Scientists are increasing the numbers and geographic scope of sequencing efforts to track the Delta variant. A UK study suggested the symptoms of Delta could differ to Beta.

“The most prominent current symptoms are headache, sore throat, runny nose and sneezing,” said De Oliveira. “More work is needed to confirm if this is a consistent finding with the Delta variant or reflects the clinical profile of infections in certain age groups and/or in partially/fully vaccinated individuals.” South Africans who had been infected with the Beta variant have reduced immune protection against the Delta variant, he said.

Wits University professor of vaccinology Shabir Madhi said that in previous waves the transmissibility in a household was around 30%, but now with Delta it has shot up to 100%. He said modellers in SA had not accounted for “so many mutations over such a short period of time” and that this could result from their expertise being more familiar with HIV and TB, which behave differently.

But even Madhi, an expert in respiratory diseases, said he had not anticipated the third wave would supersede the second wave because of the Delta variant. However, he added, the high number of Beta infections in the second wave is now standing us in good stead as Delta bites — not in terms of numbers but in terms of hospitalisations and deaths.

'When you get Covid-19 you have to fight it on your own, and it's terrifying'

“The numbers are horrific, but things could have been much worse with less immunity,” he said. “Infections from previous waves are at least conferring some level of protection against hospitalisation and death, but that comes as cold comfort to health-care workers who are completely overwhelmed.

“‘[Delta] is now completely dominating the Beta variant and has outcompeted it, but not because it is more virulent but because it is so much more transmissible.”

Madhi said preliminary data from UK studies had shown more severe disease but that their context is very different.

“Our population immunity is very different to the UK, as we found that 19% of adults and children had been infected before the second wave even peaked and it was probably closer to 35% at the peak. In the UK, it’s less than 10%, so we are afforded more underlying immunity whereas they may see more severe disease with the Delta variant.”

By the time of a fourth wave in SA, another variant could have emerged as an even fitter virus, leading to calls for a rapid increase in the number of vaccinations from just over 100,000 to 125,000 a day in the past week.

Professor Jeremy Seekings, director of the University of Cape Town Centre for Social Science Research, and UCT economics professor Nicoli Nattrass — who are tracking the vaccinations programme — said the programme needed to triple its pace. “We need to change gear,” said Nattrass. She called for jabs to also be done on weekends.

Fear dumb advice just as much as Delta

As Jacob Zuma taunts our democracy and our constitution ahead of his inevitable arrest for contempt of court, you wonder what the actual moment of ...
Opinion & Analysis
2 months ago

It is too late in the day for red tape and agendas. Vaccinate more of us, now

The grim public health situation wrought in Gauteng by the third wave of Covid-19 is an indictment of the government's ham-handed handling of the ...
Opinion & Analysis
2 months ago