Huge task ahead to rev up disrupted Covid-19 vaccination drive 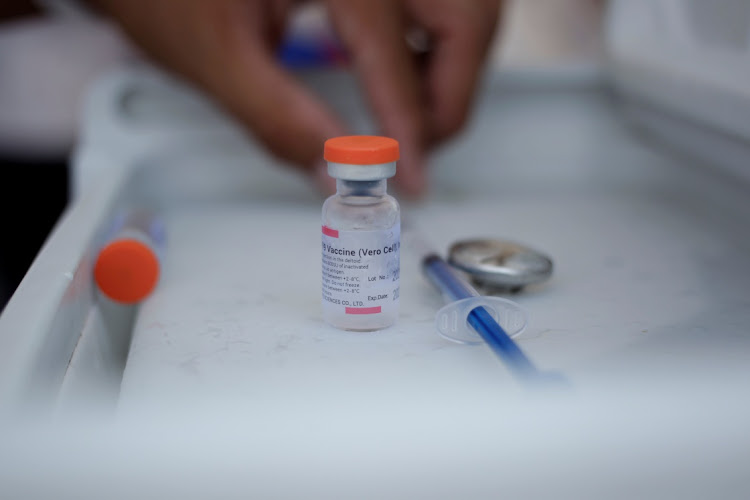 The Covid-19 rollout was dealt a devastating blow by the destruction of clinics and pharmacies and vaccines and by the risks healthcare workers faced over the past week
Image: REUTERS/Daniel Becerril

One of the first clinics to test the J&J Covid-19 vaccine given to SA's health-care workers was looted and trashed in Soweto this week, says Sisonke study co-principal investigator professor Glenda Gray.

"The destruction of clinics and pharmacies has destabilised the vaccine programme, which was just getting going. It has faced obstacle after obstacle and no-one knows how much damage has been done," says Gray, president of the South African Medical Research Council.

The jab rollout was dealt a devastating blow by the destruction of clinics and pharmacies and vaccines and by the risks healthcare workers faced over the past week.

University of Cape Town professor Jeremy Seekings, director of the Centre for Social Science Research, said on Friday: "Over the past seven days, the government reports that it has administered 70,000 J&J and less than 800,000 Pfizer doses, the equivalent of less than half a million people fully vaccinated.

"Even at the rate achieved over the past seven days, it will take until early 2023 to vaccinate fully 40-million people, as the government promised would be done by early 2022."

Meanwhile, the virus rages unabated, with several provinces showing an incline. Total hospital admissions and deaths are likely to be higher during the third wave than in the first and "may be comparable to or exceed" those in the second wave, according to a new projection by the South African Covid-19 Modelling Consortium.

In its report this week, the consortium projected that Gauteng admissions have just peaked, while in the Western and Eastern Cape, KwaZulu-Natal, Limpopo and Mpumalanga they could peak between now and early August. 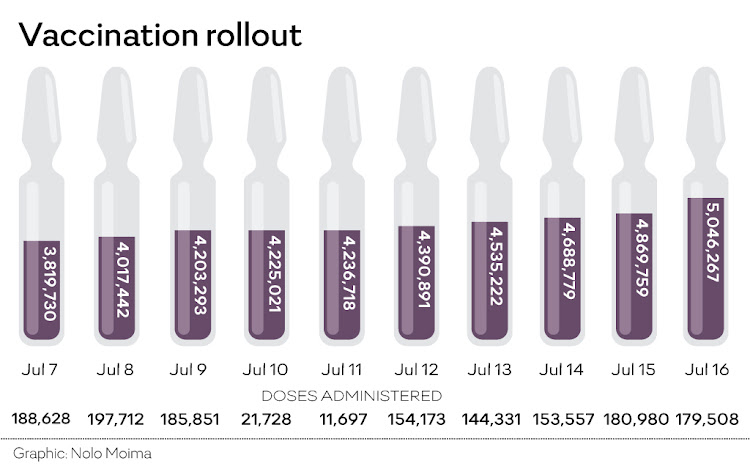 Wits professor of medicine Francois Venter said: "Covid seems to be peaking in Gauteng at a scary level. Now we need to get through the hospitalisations that will follow."

It is hard to make "robust projections" in the Free State, Northern Cape and North West because of uncertainty about their data, including on the distribution of variants, the modelling consortium noted.

"Likewise, the current social unrest could result in decreased testing, diagnosis and access to care in the coming weeks, resulting in smaller numbers of admissions than projected," said Dr Harry Moultrie of the National Institute for Communicable Diseases and the consortium.

The saturation of hospital capacity during surges could result in lower admissions than those projected, he said.

By September, "cases and admissions are expected to reduce to low levels across all provinces" and the consortium said "rapid vaccination" would be a powerful tool to reduce severe illness and death from Covid.

Venter said: "The violence has derailed vaccination programmes in big chunks of Gauteng and KZN, but we were already too late for the third wave in those provinces. There is still time to vaccinate a substantial number of people if we get things up and running and accelerating for what [could] be a fourth wave in November and December."

The vaccine programme has accelerated, despite the delivery of almost no vaccinations in KwaZulu-Natal this week, said Seekings. "The Western Cape is on target to vaccinate 150,000 people this week and the Eastern Cape is picking up also." 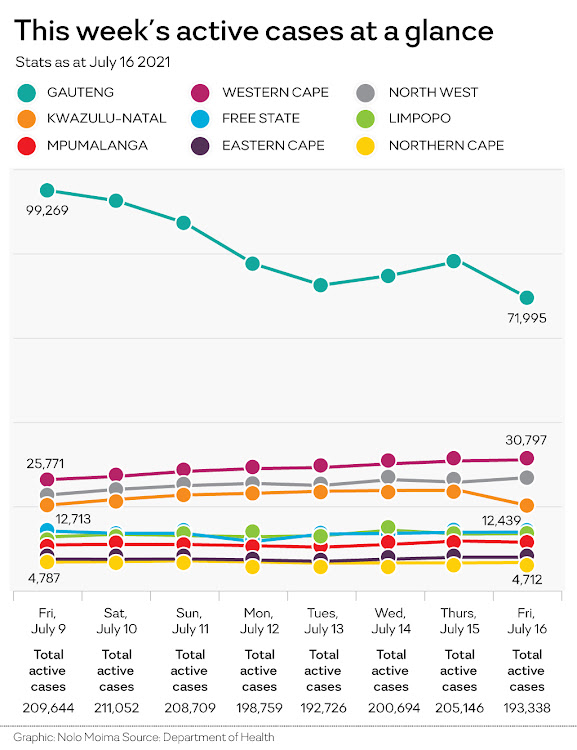 This week's active cases at a glance.
Image: Nolo Moima

Rolling out the single-dose J&J vaccine would improve the rate of full vaccination, he said, querying why it was reserved for special categories of workers.

By Friday, SA had received only 1.5-million of the 31-million doses of J&J vaccine ordered and reportedly had no clarity on when the others would be delivered.

This week, registration opened up to people over 35, and acting health minister Mmamoloko Kubayi commended the million or more who had signed up on the Electronic Vaccination Data System within 24 hours.

The government's "total ineptitude" has come under fire from one of SA's most eminent vaccine and infectious diseases experts as the Covid-19 ...
News
10 months ago

Covid-19 is still raging but the accelerating vaccination rollout has finally started neutralising criticism that has dogged it.
News
10 months ago

Record Covid-19 infections driven by the rampant Delta variant mean the level 4 lockdown is likely to be extended when the National Coronavirus ...
News
10 months ago