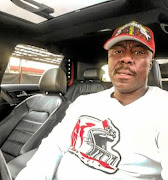 Taxi owner Skitla Ranape has seen a lot in his job, but the thought of how much the Vosloorus community stood to lose if malls in the area were looted terrified him.

So this week he helped to rally Katlehong People’s Taxi Association (Kapta) drivers and owners to form human barriers to protect malls across Vosloorus, Spruitview, Dawn Park and Katlehong, warding off thousands of looters.

Armed with guns, knobkerries, steel bars and planks, the taxi drivers became the unlikely heroes of business owners and the frightened communities they serve.

Ranape said it took hours to talk down the plundering crowds.

“We identified people in the crowds who we knew, who were actually good people, and begged them to listen to reason. It took hours. People were advancing and then would retreat when we shot, and then come back again.

“When we told them that there were poorer people than them who live in the community, who would come and loot their homes because all the food shops were destroyed, they began to realise that what they were doing was wrong.

“We told them they are not hurting the rich but rather themselves, our mothers, our grannies and our children.

”To allow people to loot would have threatened the livelihoods of scores of communities on Gauteng’s East Rand, he said.

Ranape, a Kapta route manager, said that none of organisation’s members initially had any idea of how bad things would get.

“We started receiving community messages on the weekend that people from outside the area were arriving in buses from Durban and were dropping people off at the hostels,” he said.

It was not until Sunday that they started receiving reports that strangers had been seen in the local communities and were mobilising residents to attack, loot and burn the malls.

“I told my family I could not let this happen. For me it was not only criminal, but it was going to kill everything that we have been building up for years to make our neighbourhoods nice places to live and work.

”The call not to loot was initially ignored, he said.

“People were saying they were desperate, they were hungry and they wanted to eat. That night I prayed hard. I prayed that it would not happen, but it did.”

That night I prayed hard. I prayed that it would not happen, but it did

Ranape said that during the early hours of Monday morning reports began to emerge that the Chris Hani Crossing Mall had been destroyed.

“What I saw I could not believe. There was hardly anything left. The banks were gone, the butchery and the shops which supply food to everyone, including the poor, were not there. “There were people everywhere taking whatever they could.”

Ranape said Kapta members immediately began fanning out across the township to protect other malls. “Chris Hani Mall was the first to fall, but we knew the others would be looted too. I don’t think I have ever driven so fast to get to a mall.”

Within hours of the first attack, the taxi association members had formed a perimeter around the remaining malls in Vosloorus and the surrounding townships.

“The people were coming in their thousands. Even at Chris Hani Mall, even after the first attacks, people were still coming.

“We estimate at one point there were about 5,000 people.”

Ranape said he was shocked when he began to recognise people in the crowd, including young children.

“There were my friends, neighbours and children my children play with.”

He said that on the verge of being overwhelmed, and with people in the crowd firing at them, the defenders fired warning shots over the heads of the protesters too ward them off.

“Although the mall was already badly damaged there were still shops that were standing, especially the shops that our grannies draw their pensions from.

“We decided then and there we were not going to let the destruction continue. We used community and business leaders to help us.”

There were my friends, neighbours and children my children play with

He said that through careful negotiations they listened to the complaints of the protesters.

“We then explained to them the danger, that they were being lied to, that Zuma’s people from KwaZulu-Natal were not there for them, and that they were the ones who would be hurt.

“People were still angry, but we slowly over time told them that it was best not to do it and to think of their children and their families.”

Ranape said that while they managed to save the Motsewadijane and Hlahatsi shopping centres from being destroyed, five people died, including 13-year-old Vusi Dlamini.

“My one wish is that we could have acted quicker, then none of the deaths would have happened.”

Chris Apula, Kaptu’s operations manager, said they defended the malls because that is where their families and neighbours buy food and work.

“They are a place of income. We went to defend them because without them this community would have less than nothing. It took days of talking, but eventually the talking won.”