'She was a bubbly and fun person': SA man in UK charged with wife's murder 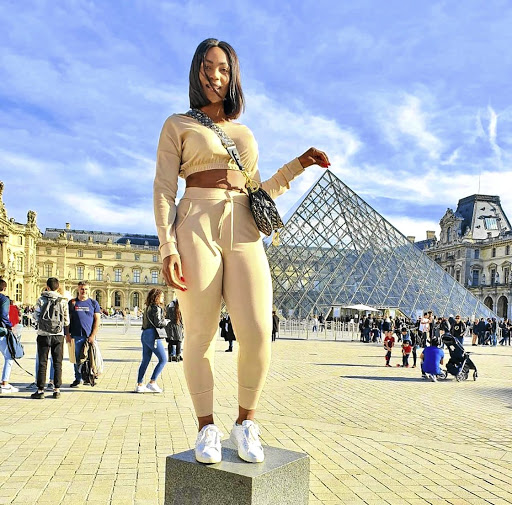 The husband of Tamara Padi, pictured here in France, is accused of stabbing her to death in their home in Manchester in the UK.
Image: Supplied

A former South African Navy employee has been arrested in the UK for his wife's murder.

"Aubrey Padi of Carrfield, Hyde, has been charged with the murder of 43-year-old Tamara Padi. Police were called at around 3.40am on Wednesday, 7 July 2021, by [ambulance service] colleagues requesting assistance at an address on Lake Road, Stalybridge," said Harrison.

"Officers attended and inquiries established a woman in her 40s had been stabbed multiple times. She was taken to hospital where she was sadly pronounced dead a short while later."

The couple had two girls, aged 15 and 10, who were asleep in the family home when their mother was stabbed in the next room.

Samkelwa Sethosa, spokesperson for Tamara's family, said they were still shocked. "We don't even know what we will say to Padi. We are still in disbelief. It has taken us a week to accept that Tamara is dead," said Sethosa.

She said one of Padi's friends in the UK is assisting with the logistics of repatriating Tamara's body to SA. "The details of the funeral are still unclear because we are trying to get her documents for the repatriation of the body. It's a bit difficult because her husband is the accused in this matter and he is in police custody.

"We are not yet sure about the insurance policies they had. It is going to take time for the forensics to release the body and we cannot set a date for the funeral. I intend to contact the South African embassy but I wanted to have a word with Padi before doing so. We also want to hear what Tamara's in-laws intend to do. We need to get those things out of the way first."

Tamara was born in Butterworth in the Eastern Cape and lived in Khayelitsha, Cape Town, before moving to Manchester in 2004. Sethosa described her as a "bubbly and fun person and very kind".

The British woman who drowned after a storm lashed the catamaran she was sailing on off the SA east coast on Monday was on a research expedition.
News
2 years ago

"Aubrey used to work for the South African Navy in Cape Town and that is where he met Tamara. And then they moved to Manchester. And they have been there ever since," she said.

"She studied law and graduated in 2016 and she worked for the municipality in Manchester. I think two years ago they started a recruitment company. They were working together as far as I know. She was a private person and I don't have much detail about her marriage."

She said the family wants an explanation from Padi. "I didn't speak to him. Apparently he can only make one call. He is talking to the friend who is helping with the arrangements. Apparently he is very remorseful and sorry. That's a story for another day. I don't want to know what happened as yet. I feel it is too early and I want to hear it from Padi, not from the friend."

Tamara's former colleagues in the UK told the Sunday Times she was an "amazing woman". Deb Ryan said: "She was at the height of her career, she opened her own company over here. She was high on life and did not deserve this from him."

Adele Gardiner said she worked with Tamara for a few months. "She was a funny and outgoing lady, and very friendly and lovely to work with. I was very shocked when I found out what had happened to her," said Gardiner.

Tanagara Jabu Nala-Hartley, a city councillor in Oxford who is originally from Durban, said she helped Tamara with her legal studies. "She was a beautiful, down-to-earth young woman who was very positive about life. My last communication with her was her advice on how to look after my health and maintain a healthy diet."

The international community is not screaming for investigations into Lindani Myeni’s death.
News
3 months ago

WATCH | ‘Lindani never abandoned me’: Humble beginnings for a man of royal blood

Siyabonga Mtshali chuckles as he recounts his childhood years spent laughing with cousin Lindani Myeni among the mountains of Ubombo in northern ...
News
3 months ago