Pace picking up as public and private sectors work together

Three months ago, SA’s vaccination drive looked headed for disaster. After a slow start, the rollout has reached about 230,00 people a day, Business for SA chair Martin Kingston told the Sunday Times.

“I tried to reassure people over the past couple of months that there were bound to be teething problems,” Kingston said.

“But there were a lot of moving pieces that needed to be assembled in a synchronised manner, and my sense is that over the last several weeks we’ve seen it come together very effectively.”

Previously, the target was 250,000 jabs a day, with a request from President Cyril Ramaphosa to reach 300,000. Now, as more private and public sector vaccination sites open and vaccinations are also being done on Saturdays, the number is rising fast. Acting health minister Mmamoloko Kubayi said the government was targeting almost 400,000 daily by late August.

Boosting numbers are large private companies coming aboard to vaccinate employees and the communities in which they operate.

Criticism was levelled at the government for the initial slow pace, especially when the first two eligible groups — health workers and the over-60s — lagged due to a mix of vaccine hesitancy and practical problems such as transport.

And the government gave away nearly 1-million doses of the AstraZeneca vaccine when it was discovered that it had little effect against the surging Beta variant, which was discovered in SA in November.

The increasing pace of vaccinations is largely the result of the public and private sectors pooling their resources to get the vaccination programme moving, said Kingston, adding that there is now “clear acknowledgement” that only if SA harnesses all its resources in a more co-ordinated way will the rollout be effective.

The department of basic education is forcing teachers who refuse to be vaccinated against Covid on medical grounds to produce a detailed medical ...
News
4 months ago

“There’s no doubt that the only way we are going to get through this pandemic is by vaccinating the population as quickly and comprehensively as possible.”

The private sector’s contribution to the rollout is now approximately 110,000 doses a day across the vaccination sites, and capacity will rise as more vaccine doses become available, Kingston said.

He predicted that SA could be administering 420,000 jabs a day by mid-September.

Reaching this target requires an uninterrupted supply of vaccines as well as simplified registration and licensing at vaccination sites, he said.

Professor Helen Rees, executive director of the Wits Reproductive Health and HIV Institute (Wits RHI), said the start of vaccination rollouts in many countries had been difficult. 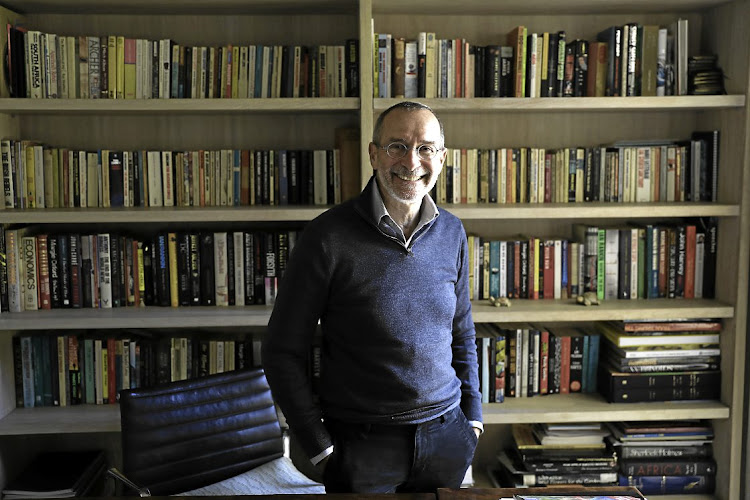 “If you compare SA’s start-up to other countries, it hasn’t been too bad,” she said.

“The most important thing we can do now is to get coverage with vaccines as widely as possible.”

Rees noted that widespread vaccination coverage in the UK had already had a dramatic effect on the number of hospitalisations and deaths, even as the country experiences a third wave of infections driven by the highly transmissible Delta variant.

“The question will be, can our supply keep up?” she said.

“Supply is going to be critical. In terms of demand, as we go down in age, we’re going to get a lot of demand.”

SA is swimming hard and fast to reach Covid-19 herd immunity but our efforts are being haunted by our late dive off the starting block.
News
4 months ago

Anglo American Platinum has already begun vaccinating its workers at its four mines, with 1,400 employees getting the jab in the past week, said CEO Natascha Viljoen.

Despite starting with low numbers, the mining company, whose vaccination programme is available to all its 30,000 employees and contractors, was vaccinating 400-500 workers a day by Friday, Viljoen said.

“It’s really picking up fast — I’m really looking forward to much larger numbers,” she said, adding that the company is aiming to have administered the first vaccine dose to all of its employees by the end of August.

As the bulk of its operations are based in Limpopo, the company has also been working with provincial health MEC Dr Phophi Ramathuba on combining forces.

“If government allows us to do a ‘blitz vaccination’, with her vaccination rate, we could probably finish a site like Amandelbult over two to three days,” said Viljoen.

Only about 60m doses have been administered among a total population of 1.3bn so far on the 55-nation African continent.
News
4 months ago

A blitz vaccination process will mean not having to stick to specific age groups.

“From an economic point of view, the impact that will have is major,” said Viljoen.

“We will start with staff, service providers and concessionaires, before offering the vaccine to their family members, and finally to all those working at hospitality establishments in the Moses Kotane district,” said Sun City GM Brett Hoppé.

The resort is also planning an outreach programme to vaccinate people in surrounding communities, Hoppé said.

You can still catch Covid-19 even if you've had the vaccine.
Lifestyle
4 months ago

If I've been vaccinated do I still need to self-isolate?

Non-healthcare workers need to quarantine, even if they have been vaccinated, especially if they have received only one dose of the Pfizer vaccine or ...
News
4 months ago

Ingredients to produce the Pfizer-BioNTech vaccines will be obtained from facilities in Europe and the manufacturing of finished doses will start in ...
News
4 months ago