Vaccine rollout stalls as Covid-19 rages on in SA

Doubts raised about SA’s readiness for the fourth wave 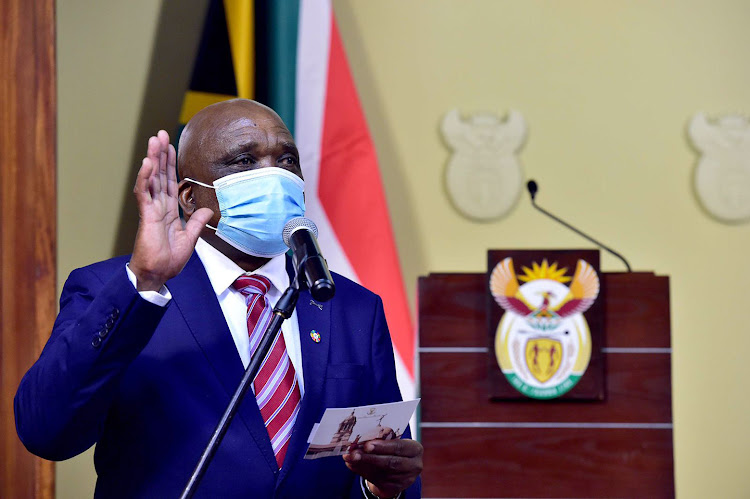 SA’s Covid vaccination programme faltered this week, dipping below 200,000 jabs a day instead of moving into higher gear as promised.

“The rollout has slowed down when it needs to be accelerating rapidly,” professor Jeremy Seekings, director of the centre for social science research at the University of Cape Town (UCT), said on Friday.

To keep pace with vaccine doses coming into SA, the health department should be aiming to deliver jabs at roughly four times the current speed, he estimated.

More than 8-million doses have been given over the past 12 weeks, and 31-million doses are expected to become available to the rollout over the next eight weeks.

On his first day in the job, health minister Joe Phaahla blamed “the dips in the last week” on vaccine shortages, noting that the supply had stabilised with deliveries this week. The rollout would “hopefully soon reach our target of 300,000 vaccinations per day”, he told a briefing.

Stavros Nicolaou of Business for SA, which is assisting with the rollout, said new batches of vaccines required approval before they could be distributed. “It takes three to four days before the vaccines arrive at vaccine sites. Some sites got less than they ordered or than they normally use, but we will be in a less constrained environment this coming week,” he said.

But UCT economics professor Nicoli Nattrass — who, with Seekings, is monitoring how many vaccines are available and how many are actually administered — challenged this explanation for the slowdown.

“The government keeps saying there is a ‘shortage’ of vaccines,” Nattrass said.

“Yet, taking into account administrative delays … we estimate that South Africa, right now, has about 2-million doses of each vaccine [Johnson & Johnson and Pfizer] ready and available for use.

“Government is either misleading the public or is allocating vaccine doses inefficiently — so that unused doses accumulate in poorly performing sites while sites where demand is high are starved of vaccine — or is covering up problems of theft and wastage.”

Nattrass said 100,000 J&J doses could go to waste given their August 11 expiry date and the pace of vaccination. SA received 1.5-million J&J doses in June and Nattrass estimates at least 250,000 remain unused.

Phaahla said SA has a total of 10-million doses in stock and will receive 20-million more this month. By the end of the year, the arrival of another 21-million doses will allow the programme to be expanded and accelerated, he said.

Seekings said greater transparency around the rollout could assist with delivery.

“Unfortunately, the government and private sector refuse to release the data that would enable civil society to identify where are the bottlenecks or obstacles to accelerating the rollout.”

Herd immunity is no longer a discussion the world should be having, says Wits University's Prof Shabir Madhi.
Ideas
10 months ago

Wits University professor of medicine Francois Venter expressed concern that vulnerable groups were not being treated with sufficient urgency. “Less than a third of those over 60 years old are even partially vaccinated, and the number vaccinated per day fell below 200,000 a day several times this week,” he said.

Phaahla said the vaccination of health-care workers under the Sisonke implementation study had protected them from death and severe illness.

Professors Glenda Gray and Linda-Gail Bekker, who led the study in which nearly half a million health-care workers were immunised with J&J vaccines over three months from mid-February, said their results were the first in the world to show the vaccine worked against the Delta variant.

Gray said on Friday the vaccines reduced deaths from the Beta and Delta variants by 91% and 96% respectively, and hospitalisations by 66% and 71%.

While the Delta-driven third wave is slowing in some parts of the country, the Western Cape health system is strained to breaking point and new infections in the province are projected to increase over the next two weeks, said Lise Jamieson, a biostatistician and member of the South African Covid-19 Modelling Consortium.

The Western Cape overtook Gauteng with the highest numbers in the past week, firmly entrenching itself as the epicentre of the third wave.Venter said: “The third wave is steadily receding in many provinces, such as Gauteng, as quickly as it appeared.”

Phaahla said the Eastern Cape was now a concern because infections were rising in the province, though more slowly than in the Western Cape. “I’m worried that the Eastern Cape, in a few weeks’ time, will be engulfed,” as happened before.

He said that infections were “increasing at an alarming rate” in KwaZulu-Natal — which on Thursday reported 2,667 new infections, the highest daily figure in the province during the third wave — and the Northern Cape.

The trend in North West was “worrying”, the Free State was “going up and down” and Mpumalanga was “unstable”. Limpopo showed a promising reduction in infections.

The J&J Covid-19 vaccine protects people against dying if they get infected with the Delta variant.
News
10 months ago

People fraudulently trying to get a vaccine card to enable them to travel without getting the vaccine will face the 'full might of the law'.
News
10 months ago

Can I get the Covid-19 vaccine if I’m breastfeeding?

Here's what the experts have to say
Lifestyle
10 months ago