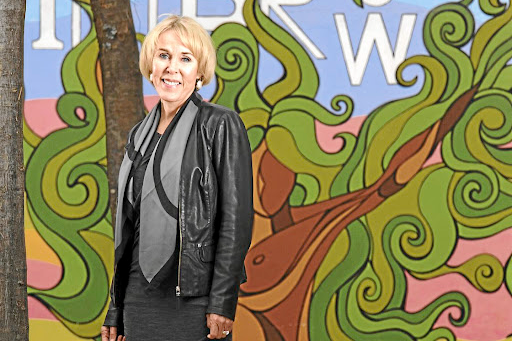 South African Health Products Regulatory Authority chair professor Helen Rees says "we cannot see the data that would allow us to say ivermectin is effective either for prevention or treatment of Covid-19".
Image: Supplied

For anti-vaxxers, ivermectin is the "miracle cure" that makes Covid-19 vaccines unnecessary. For emergency doctors, it's an unwanted distraction that has sent calls to poison control centres skyrocketing.

And for regulatory authorities it's an empty hole with not enough data for authorisation - especially since the most promising study was withdrawn after data manipulation was detected.

Why vaccines, not drugs, are our only possible way out of the pandemic

Theoretically, drug-based protection may be attainable, but the practicalities suggest otherwise
Opinion & Analysis
9 months ago

South African Health Products Regulatory Authority (Sahpra) chair professor Helen Rees said the World Health Organisation and regulatory bodies globally are saying the same thing: "We cannot see the data that would allow us to say ivermectin is effective either for prevention or treatment of Covid-19. The data simply isn't there.

"What needs to be done are really well-designed large studies for us to have an answer. We have to be evidence-based."

This week, the Centers for Disease Control and Prevention in the US said poison control centres had seen a fivefold increase in emergency calls from ivermectin poisoning. The US Food and Drug Administration also released a warning with a tweet that read: "You are not a horse. You are not a cow. Seriously, y'all. Stop it."

According to the science journal Nature, irregularities in the withdrawn Egyptian study came to light when a master's student "noticed that some phrases were identical to those in other published work".

A scientific fraud-detection group then found "other causes for concern, including dozens of patient records that seemed to be duplicates, inconsistencies between the raw data and the information in the paper, patients whose records indicate they died before the study's start date and numbers that seemed to be too consistent to have occurred by chance".

Rees said that while it was important that huge investments continue to go into Covid-19 vaccine development it was unfortunate there has been far less research into new treatments.

This had led to many scientists asking if existing drugs could help stop mild Covid-19 disease from worsening.

"Unfortunately, resulting studies had often been "too small and poorly designed" to satisfy regulators.

"What was needed [with ivermectin] was a large, well-designed study", and when the Egyptian study appeared "favourable" there was a sense of hope. But science was now back at square one.

In January, wanting to prevent an uncontrolled situation in which people were using veterinary ivermectin in a dangerous way, Sahpra said clinicians could apply to use permitted human formulations for specific named patients and would be obliged to report on the outcomes.

"We do not have the data that says that it works to prevent or treat Covid-19. Neither can we say absolutely that it doesn't work," said Rees. "We simply don't have enough data and it is not up to the drug regulator to produce the studies."

US Food and Drug Administration

Professor Salim Abdool Karim, clinical infectious diseases epidemiologist and director of the Centre for the Aids Programme of Research in SA, said he was castigated during Covid-19's first wave for blocking the use of hydroxychloroquine, then vindicated when the drug was found to cause cardiac problems.

"Nobody talks about hydroxychloroquine any more," he said, but the same issue had arisen with ivermectin, and part of the problem was that it is being punted by doctors.

Abdool Karim believes the "ivermectin issue" will fade away when the data from big trials is published.

"If I'm wrong and it really does benefit people, then I will admit it," he said. "But currently the evidence [that it doesn't] is pretty compelling."

It started when she raffled perfume and wine, but three weeks later Jolene Samuels has become a symbol of how to win support for vaccinations using ...
News
9 months ago

TOM EATON | Vax versus fiction: to beat anti-vaxxers, take the fight to them

It seems the only way to get the counterfactual corps to see, er, fact, will be to unleash symbolic leadership
Opinion & Analysis
9 months ago

How Delta is breaching even the most effective anti-Covid defences

Authorities in many countries, not least China, have had to rethink their vax campaigns
World
9 months ago