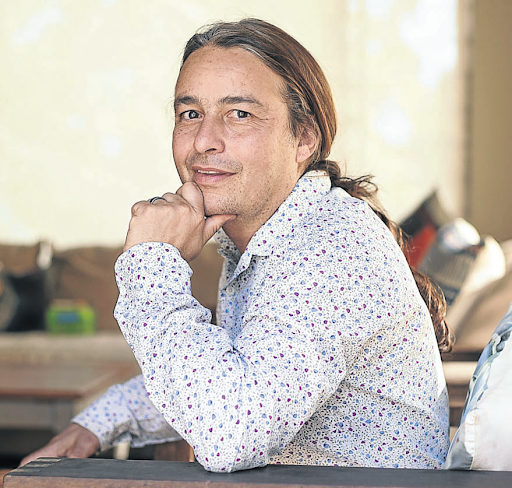 Professor Tulio de Oliveira, a bioinformatician at the University of KwaZulu-Natal, identified the Beta variant of SARS-CoV-2 in late 2020.
Image: Rogan Ward

The virus that causes Covid is relentless and sneaky. To outwit its enemy — the human immune system — it continually updates its weaponry by adding mutations.

Enter professor Tulio de Oliveira, a specialist in the relatively new field of bioinformatics, or the application of information technology to medical research. Leading battalions of scientists, he is trying to identify new variants of SARS-CoV-2— the virus that causes Covid — before thousands more people die.

De Oliveira — a Brazilian now based in SA— is credited with having identified the Beta variant late last year, and his work built the foundation for scientists across the globe to decode other variants.

This fortified public health responses and analysis of vaccine efficacy— it was a scientific breakthrough that changed the global response. Without virus genome sequencers like De Oliveira, Beta and the newer Delta variant would not be the household words that they are.

The latest variant identified by De Oliveira and his team, C.1.2, is not yet public enemy No 1, but it’s being closely watched. The data that De Oliveira co-ordinates in his office at the KwaZulu-Natal Research Innovation & Sequencing Platform (Krisp) at the University of KwaZulu-Natal (UKZN) must filter through SA into Africa and the world.  But first, on any given weekday, there are school lunch boxes to prepare.

Talking to the Sunday Times this week, De Oliveira described an average day as he tries to stay one step ahead of the variants as they evolve. “I wake very early each day, before 5am. The first thing I do is meditate. Then I have a coffee and normally help to set up the lunchboxes for the children. I set the breakfast table, check the news and wake the family.”

A half-hour walk before the school drop off is followed by the 40-minute drive to the lab at Krisp, which he has headed since its launch in 2017. By the time he arrives, the lab is alive with scientists. He has had a busy day on the domestic front already by then, and now it’s time to hunt variants.

“First, I chat with our scientists who work in the lab. They are very experienced — some of them have 15 to 20 years’ experience in virus sequencing, and we basically just chat.” In the mix is always laughter as the serious work is balanced with “keeping the vibe light”.

By about 9.30am, he is in his office to plan the day ahead. “Our priorities during a pandemic— especially in terms of the response to that pandemic — might change,” he said. “We honestly don’t know what is going to happen each day and each week.”

The overarching mission, however, is clear. “Mostly, we are responding to the identification of new variants as we continuously analyse genomic data. From there we decide if any of our findings should at that stage be communicated to public health officials.”

If so, the findings can reach the wider world at lightning speed — from the ministerial advisory committee in SA to the Africa Centres for Disease Control & Prevention and the World Health Organisation.

De Oliveira sees his work at Krisp as part of a larger role in which he is the principal investigator of the Network for Genomic Surveillance in SA, which was created in response to the pandemic. This means he is in constant contact with colleagues at Stellenbosch University, the University of Cape Town, the University of the Free State, the National Institute for Communicable Diseases, the National Health Laboratory Service and the South African National Bioinformatics Institute.

“We are passionate about doing high-level science in Africa, but that isn’t just for nice glossy publications. Most important is to inform the public health response.” This was always his raison d’être, and what drew him to UKZN in 1997 to complete his doctorate.

His CV has since expanded to include a University of Oxford fellowship, a professorship at the University of Washington in Seattle, and many more positions. Most people may not have heard of him before the pandemic, but for two decades he has been instrumental in decoding virus sequences in other diseases including HIV, hepatitis B and C, chikungunya (an infection spread by mosquitoes), dengue, zika and yellow fever.

He was also recently appointed by Stellenbosch University to set up a new institute that will work on controlling epidemics in Africa and the global South. He will retain his position at Krisp as the two universities will join forces for the new institute.

'I find no joy in eating': Why recovery can stink for some infected with Covid

Nicolaas Venter was relieved when his sense of smell returned three days after he got Covid a year ago, but he wasn't prepared for everything to ...
News
11 months ago

Covid-19 vaccine: Migrants hit many hurdles in way to get a jab

Celani Kamwambo can't wait to get vaccinated but first she needs to recover from breathlessness and "flu-like" symptoms that have much in common with ...
News
11 months ago