Vexed vs unvaxxed: Office politics get extra needle as return to work accelerates 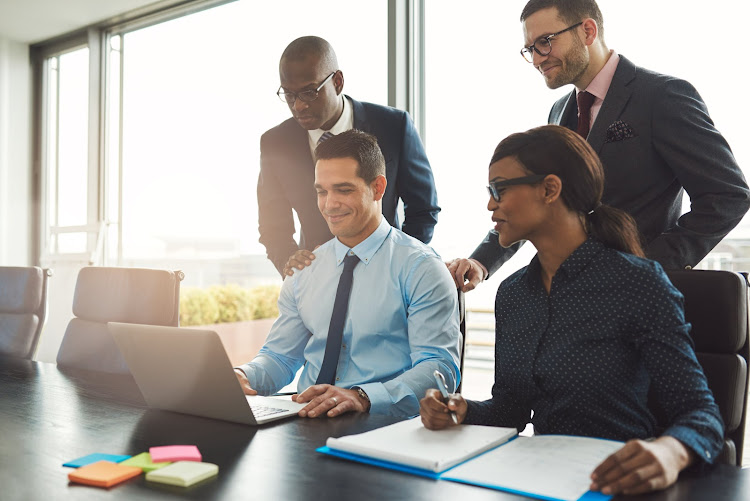 The decision to return to the office without mandatory vaccination should be balanced against employee risk and wellbeing.
Image: 123RF/langstrup

If Covid protocols are observed, people can return to work in offices “fairly safely”, unless they have comorbidities or live with vulnerable people,  says Wits University professor of medicine Francois Venter.

His advice came as the number of active infections in SA dropped to its lowest level since early June 2020, when the first wave was still in its early stages.

But without mandatory vaccination policies for workplaces, staff risk greater exposure to the virus than they do working at home and may feel unsafe.

Wits industrial and organisational psychology professor Andrew Thatcher said: “For those people who perceive a relatively high level of risk to themselves and/or their family, and who are in favour of vaccine mandates, one can expect a high level of anxiety, and anger, from being expected to return to their offices without a vaccine mandate in place.”

Discovery Health was the first company in SA to require mandatory vaccinations for employees, but the policy is far from widespread.

Discovery Health records show that most members who died of Covid or were been admitted to ICU in the past two weeks were unvaccinated.
Image: Discovery Health

Dr Ron Whelan, head of Discovery's Covid task team, said overall sentiment about the policy is positive and many staff have “expressed gratefulness and relief that our offices and workspaces will continue to be as safe as possible”.

He said the company is engaging with staff who are hesitant about getting the shot and a “small group who are very opposed” to vaccinations.

“We are engaging on the basis of mutual respect to understand their concerns and are opening up channels for them to engage with our clinical experts, health professionals and HR leaders to discuss and address any questions and concerns they have,” said Whelan.

“We have implemented an objections process for employees to formally lodge any objections they may for being vaccinated.”

The benefits of working in-person with colleagues — facilitating certain tasks, larger group problem-solving and office networking — need to be balanced against employee safety and wellbeing during the pandemic, said academics and companies.

Professor Keymanthri Moodley, director of the Centre for Medical Ethics and Law at Stellenbosch University, said: “It is counterintuitive to demand a return to work in offices without a mandatory vaccination policy in place.”

The Occupational Health and Safety Act and the constitution create a legal obligation “for a safe working environment for all employers and employees alike”, in effect supporting mandatory vaccination policies, she said.

A number of companies, such as Old Mutual, have adopted a hybrid working model where employees work from the office several days a week and use a Covid screening app when they do so.

Celiwe Ross, director of human capital at Old Mutual, said: “We recognise the importance for our employees to connect and collaborate in person. We are in the early stages of implementation and have already received very positive feedback.”

Others, such as Absa, said the policy that “if work can be done from home, it should be done from home” remains in place. “The safety of our employees remains our primary responsibility,” said spokesperson Phumza Macanda.

Professor Carren Duffy, University of Cape Town head of organisational psychology, said it is important to consult staff who may not feel safe returning to the office.

Companies should acknowledge that the pandemic has aggravated anxiety, depression, stress, burnout and demotivation, she said.

Thatcher said a lack of direct contact and screen fatigue had exacerbated demotivation and detachment from work. “The last 18 months have shown many people the benefits of nonformal conversations and relationships in the workplace to our wellbeing and effectiveness,”  he said.

The trend worldwide is a hybrid work model, said Duffy.  “This approach seems to create a win-win situation in that it enables both virtual and periodic in-person contact when deemed necessary.”

Labour disputes may proliferate as staff return to the workplace if, for example, vaccinated employees refuse to work alongside unvaccinated colleagues, or unvaccinated people have their employment terminated on operational grounds.

Fatima Hassan, head of the Health Justice Initiative, said in the absence of a government vaccine mandate, employers have been left to decide, and the Commission for Conciliation, Mediation and Arbitration should issue directives on how this will be managed.

Hassan said it is simply “common sense” that a safe working environment is one in which workers have had the jab.

“If you are still refusing as an anti-vaxxer, you are creating a public health risk for a safe return for all to a functional working environment. This might mean an employer could seek to terminate your employment on operational grounds,” she said.

The labour court “is going to have to look at so many considerations of what makes a business viable and safe. What we’re likely to see is class actions as it’s no longer going to be about individual rights and liberties”.

More than 48,000 commented on this campaign about mandatory Covid-19 vaccines, here's what they said

More than 48,000 South Africans have weighed in on the issue of vaccinations in the workplace, in schools and vaccine passports in an online platform ...
News
3 months ago

Right to bodily integrity must be balanced with right to safe working environment, Ramaphosa tells Cosatu

President Cyril Ramaphosa says while the government respects workers' right to bodily integrity when it comes to Covid-19 vaccinations, a balance ...
Politics
3 months ago

Rhodes University’s council this week approved a mandatory Covid-19 vaccination rule for the resumption of face-to-face university activities next ...
News
2 months ago