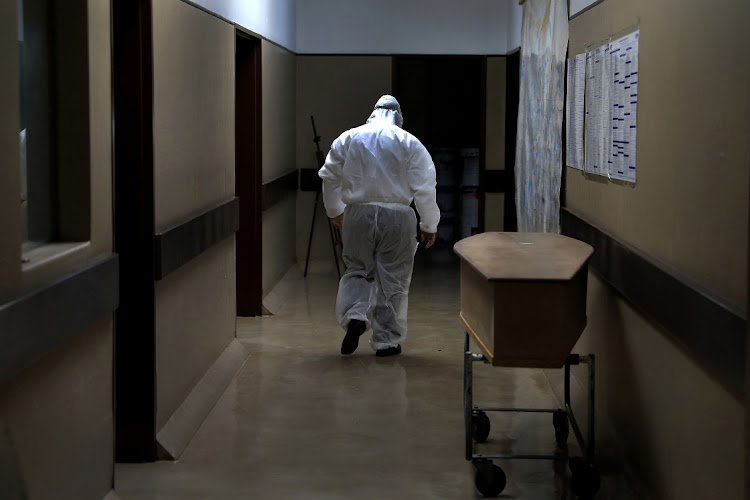 A system devised during the HIV/Aids crisis to establish the number of deaths has been repurposed during the pandemic — with alarming results.
Image: ALON SKUY

The nation is breathing a collective sigh of relief as Covid-19 infections drop to their lowest level since the first few weeks of the pandemic.

An estimated 268,183 South Africans have lost their lives to the virus, three times more than the official death toll.

It’s a repeat of a grim picture Bradshaw saw in the late 1990s when she helped to design the Rapid Mortality Surveillance (RMS) system being used to estimate “excess deaths”, most of which the SAMRC team attributes to Covid. 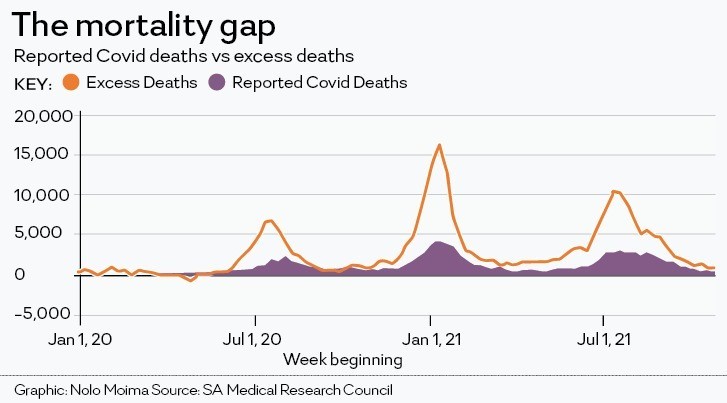 As a professor and chief specialist scientist at the SAMRC, she remembers deaths from HIV being grossly underreported because of Aids denialism at the highest levels of government. But this time the challenges are systemic rather than political, she says.

One of the reasons official Covid-19 deaths are lower than the true figure is because only deaths in hospitals are counted. Even in hospitals, “some patients die from Covid before they have been tested while others are dead on arrival in an ambulance”, said Bradshaw.

Another is the time lag caused by SA’s paper-based system for detailed cause of death data. Bradshaw said the forms doctors complete are submitted to the home affairs department before going to Stats SA.

“Forms from 2020 are still being processed [at home affairs] and Stats SA is currently working on deaths from 2019,” she said.

HOW DOES IT WORK?

Professor Debbie Bradshaw and her team use data from previous years to determine expected natural deaths in any week of the year based on seasonal variations. They compare this number with actual deaths to determine ‘excess deaths’, then analyse whether Covid can be primarily blamed for those excess deaths

This means “the real challenge with the system” is in collecting information and “until we go beyond a paper-based system to an online system”, it will be slow.

Another issue is a 2014 regulation that keeps cause of death information entered by a doctor confidential.

“A regulation was put in place by home affairs to make the page with the cause of death detail self-sealing, with the specification that it may only be opened by an official from Stats SA,” said Bradshaw.

“This means there is currently no way for the health department to see them. Stats SA is required to treat all information confidentially and not share it with anybody.

“There has to be a change so that details of the causes of death can be shared with the heath department — not only for Covid but also things like our cancer registry. This is a top priority if we want the country’s data to be used for public health,” said Bradshaw.

Finally, provincial health departments rely on health facilities to report on the number of people who have died of Covid, and “we think there may be some dropout in that system,” she said. 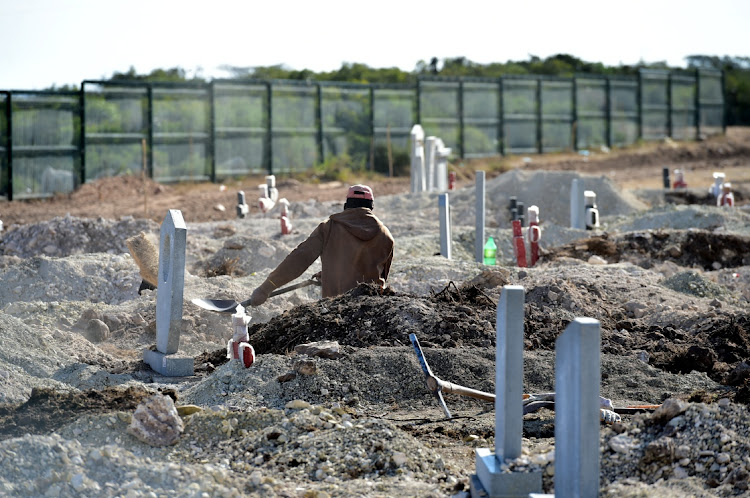 New graves being dug in a cemetery in Motherwell near Gqeberha.
Image: Eugene Coetzee

“Not all the deaths get through to the provincial head, and we also suspect that some private sector deaths are not getting into the record of the provincial system.”

This has resulted in uneven accuracy across the provinces: while the Western Cape’s reported Covid deaths are more than 70% of excess deaths, in Mpumalanga they are only  10%.

Several other countries also have triple the number of excess deaths versus reported deaths, and the World Health Organisation is  trying to standardise the process.

“They are asking countries to review their approach to estimating excess deaths, and in some countries there has been a deliberate downplaying of numbers,” said Bradshaw.

“In SA I do not think this is the case at all. Our systems are just not functioning as effectively as we would like.”​

Covid has cost 28-million years of life in just 37 countries, according to the largest survey yet to assess the affect of the pandemic.

The toll was revealed this week in research led by the University of Oxford in the UK, which measured the number of deaths and the age at which they occurred.

Researchers said the true toll was likely to be even higher as they did not include most countries in Asia, Africa and Latin America because of a lack of data.