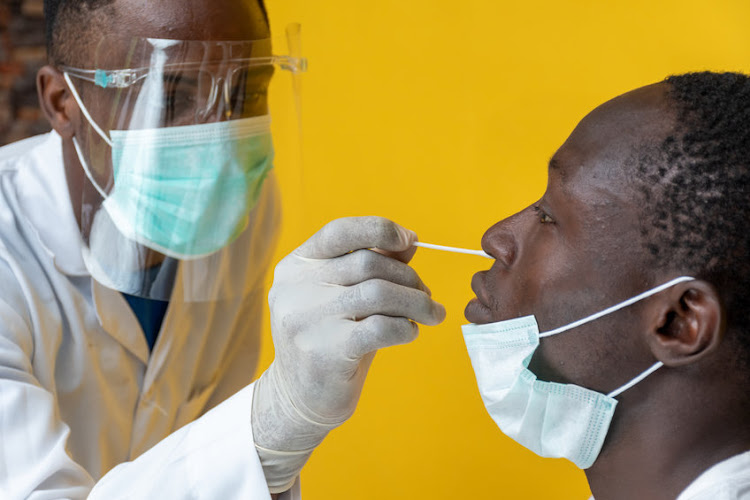 University of KwaZulu-Natal geneticist Tulio de Oliveira says SA's Covid positivity rate is the 'lowest ever (around 1%)' but Gauteng's is going up.
Image: 123RF/iamzews

Gauteng is starting to show the first signs that a fourth wave of the Covid-19 pandemic is approaching. With the festive season ahead, unvaccinated South Africans could put its hospitals under pressure again, like they were last December.

University of KwaZulu-Natal geneticist professor Tulio de Oliveira said on Friday: “At present, there are early warning signs from the laboratory data that a fourth wave may be starting in Gauteng.

“The epidemic may be showing the first signs of growing” since the third wave dropped off, he said, flagging an increase in the positivity rate and the reproductive number.

The latest report from the South African Covid-19 Modelling Consortium shows that the numbers of actual infections and detected cases in a fourth ...
News
3 weeks ago

Gauteng's wastewater is another sign that a fourth wave may be on the way, as increasing fragments of the virus are being detected in the samples monitored for Covid.

Dr Nomatemba Chandiwana, a senior research clinician in the Wits Ezintsha research group, said: “We have seen an uptick in numbers over the last 10 days or so, but it is too early to tell [if this foreshadows a fourth wave]. This is here in Gauteng and also in the Western Cape.”

SA was hit by “death and destruction” as the Delta variant swept through the country during the third wave. The slight silver lining is that the country is expected to fare better in its fourth wave than some countries in Europe, which are in the grip of Delta only now, according to Covid-19 modellers.

Wits University professor and health economist Gesine Meyer-Rath, who is a member of the South African Covid-19 Modelling Consortium (SACMC) said: “It’s quite likely there will be another increase in hospital admissions just as in other countries, but they — especially in the northern hemisphere — are experiencing their Delta wave, which we’ve already had.”

For many on the frontline, the memory of the third wave has barely subsided.

Helen van der Plas, an infectious diseases specialist in the private sector, said those admitted to hospital “with severe Covid-19 pneumonia” will “almost certainly” be only unvaccinated patients. 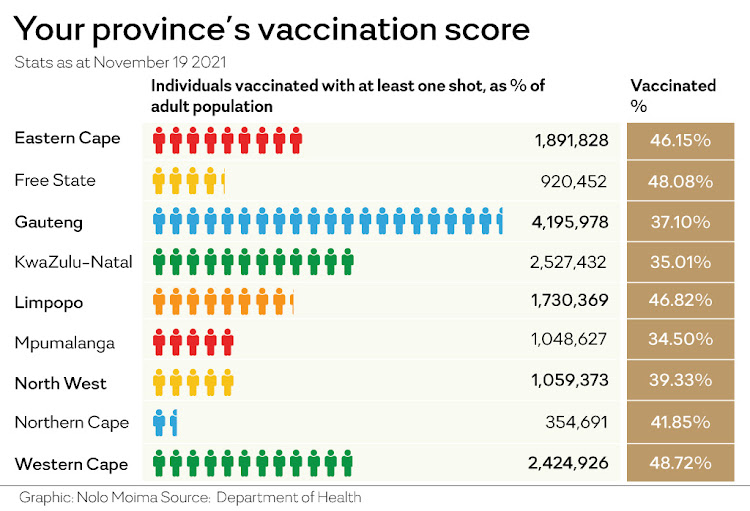 Despite the small rise in infections in Gauteng, epidemiologists said SA as a whole is not in the early stages of a fourth wave. The faster the vaccine rollout, the less likely it is that small upticks will turn into surges.

De Olivera said scientists are tracking two new variants of Covid-19 — one a sub-lineage of Delta (AY.4.2), which is even more transmissible, and the other a variant (B.1.640) that could reduce vaccine efficacy. “At present, we are alerted but not concerned about new variants which have emerged.  The world is still dominated by Delta,” he said.

The UK and Europe are worried about AY.4.2, which is has increased about 15% in the UK and is estimated to be 10%-20% more transmissible than the original Delta, he said.

“This Delta sub-lineage is found at very minimal prevalence in SA” at present but the team is “keeping an eye on it”, he said.

Chandiwana also raised the risk of having 60% of the population unvaccinated.  “SA is especially vulnerable given our low vaccination numbers, relaxed protocols and festive season, which is looming. Recurrent waves will be likely to be those of the unvaccinated.”

Wits Ezintsha professor of medicine Francois Venter said he hopes the Gauteng fourth wave will be milder than the overwhelming surge last December. “We suspect many people have already been infected and a third are vaccinated — so they are very unlikely to be hospitalised — and Gauteng empties out over December.”

Previous infection is also a factor that could keep a fourth wave from surging. Researcher Dr Sheetal Silal, speaking on behalf of the SACMC, said: “We believe that 60% to 70% of South Africans have had an infection since the beginning of the epidemic, and this is a larger estimate than in some of the northern hemisphere countries.”

Tom Moultrie, professor of demography and director of the Centre for Actuarial Science Research at the University of Cape Town, said a gentler fourth wave should not mean SA can rest on its laurels.

Taking a long-term view, he said, “we are in for a bumpy ride".

“We are on the long road to endemicity. Immunity will wane and new people will enter populations through births. We are going to see fluctuations for many years to come,” he said.

“It’s very hard to commit to saying we're over the worst.”

Moultrie also said that there is “a lot of space for viral evolution”. Given the number of “surprises over the past 18 months”,  scientists cannot discount the arrival of a new variant that is even worse than Delta.

Despite concerns that election campaigning and voting would lead to the spread of Covid, this appears not to have happened. “To  date we have not seen any strong signals that indicate elections or recent religious festivals caused a surge,” Moultrie said. Case numbers are generally low -- though when the data set is so small, there is a “huge amount of uncertainty”.

As ‘Dezemba’ looms, here’s what could determine the Covid-19 fourth wave

"If we drop all of the measures we have become accustomed to, that will push the fourth wave,” said Prof Helen Rees.
News
2 weeks ago

Not vaxxed? If in Germany, you’d have to stop wining and mull over this

As Covid-19 infections rise, the foodie sections of some Christmas markets will be off-limits to the unvaccinated
Lifestyle
3 weeks ago

Combining work and play can turn a beach into an office.
News
2 weeks ago