We need to change the way we talk about rape 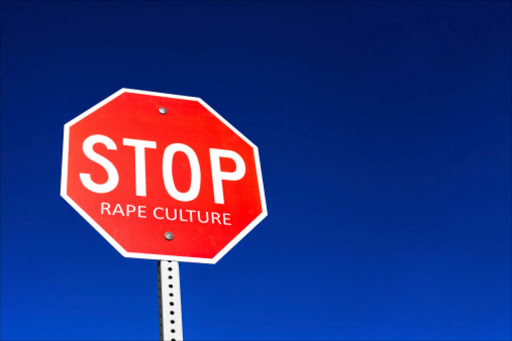 As soon as news broke that one of Nelson Mandela’s grandsons had been accused of rape, the usual problematic statements that are often worded in such situations reared their ugly head.

An initial news report from the Daily Sun contained a quote from a family spokesman of the alleged victim: “Children can’t just be raped and then everything is all right. The girl is young and doesn’t even drink.”

On Twitter, I came across a retweet which led me to stalk someone’s profile, desperately seeking more information. Someone had tweeted a series of tweets which went something (read: exactly) like this:

I have removed the name/ handle of the tweeter because this is not about victimising or calling someone out – and sadly, there are millions of other people who not only share these views, but voice them too.

Those tweets were by a woman. It’s not only men who indulge in the emotional blood sport of victim-blaming.

The language in which we speak about rape (or allegations of rape) is incredibly dangerous. The genderisation of blame is always evident when the rape we speak of involves a man being accused of raping a woman.

The focus is always on the victim – but in a negative light. Whether it’s about what she should or could have done to prevent her rape, or why it wasn’t rape in the first place, women are always at fault. When someone feels compelled to clarify that an alleged rape victim “doesn’t drink”, it implies that the tragedy of what happened to her is even greater.

“She doesn’t even drink” means that if she did drink, she would be somehow to blame for the way her perpetrator behaved towards her.

When someone asks what a 15-year-old was doing in a bar, it means that she was asking for it. What did she expect, being 15 and in a bar? Other 15-year-olds watch telenovelas, apparently, and that means those who instead choose to (maybe) go out drinking shouldn’t be shocked if someone takes advantage of them.

As for the accusation that this 15-year-old "seemed experienced", that implies that only virgins can be possible rape victims. If you have had sex with men before, you can never be raped because you like sex anyway, right?

block_quotes_start Whether we’re aware of it or not, our fear of being attacked informs our daily actions and routines block_quotes_end

In an August 26 article in The Times, the chef of the restaurant where the alleged rape took place states in an affidavit  that he saw Mandela and his alleged victim kissing "passionately".

This statement is problematic because it implies that people who are raped will not kiss their rapists beforehand. When women are raped, it’s usually by men that they know (and sometimes they know them well). Sometimes rapists are the husbands/ friends/ lovers of victims. Sometimes they are people we are attracted to.

If I go out on a date with a guy and we end up at his place or mine, that doesn’t mean I automatically waive my right to say no to sex. If a woman is seen kissing a man "passionately", that doesn’t in any way mean she is 'asking for it'.

The chef’s affidavit also contains another problematic quote:  “I noticed nothing untoward between the man and the woman outside my window. If there had been noises of [a] struggle I would have heard.”

Because another sure sign that it is rape is if someone screams at the top of their lungs – otherwise it wasn’t rape. It’s only rape when you’ve kicked and screamed and bitten your rapist and you have intense physical damage to show signs of struggle. If you’re silent or obedient throughout the act of violence being committed against you, you were asking for it. In fact, you enjoyed it.

So it wasn’t rape.

In her book Full Frontal Feminism, Jessica Valenti uses the phrase "rape schedule" to describe how women have come to live their lives. Whether we’re aware of it or not, our fear of being attacked or raped informs our daily actions and routines: where we hang out, at what time, how we behave in certain places (eg don’t wear a mini at a taxi rank or you’ll be harassed) etc. This also extends to our dress code.

If you don’t follow any of these "precautions" and you get raped, it will be your fault because you failed to protect yourself. That, of course, is bullshit – but that’s the "logic" many employ and use against women in rape cases.

A few weeks ago, someone tweeted about an anti-rape device women would need to wear at all times in case they were raped. Their logic? Women need to protect themselves.

No, no, no. Women do not need to protect themselves – men need to stop raping. Fifteen-year-olds shouldn’t hang out in bars, but if they do that doesn’t mean they should get raped. Tipsy or drunk women can still be raped without being at fault. Even if a woman slept with 20 men in a day it does not mean she cannot - and did not - say no to man 21.

We need to stop trying to find reasons to discredit women when they say they have been raped, because it implies that women’s bodies aren’t theirs to own, that our sex isn’t ours, that we’re simply here for the pleasure of men.

Most rapes go unreported (the Medical Research Council estimates that only one in 25 women who have been raped report it to the police), and if you pay attention to how women who are brave enough to go public are treated, you’ll understand why that is.