SA's shameful politics of no shame at all 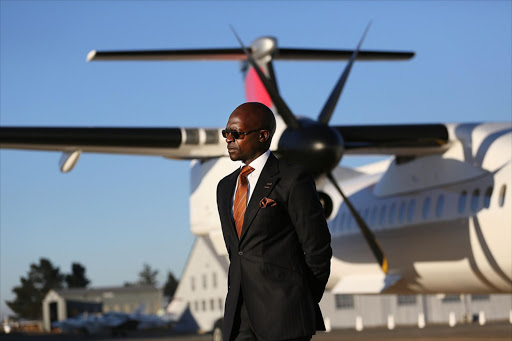 In 2004, then-British home secretary David Blunkett resigned his office. It had been revealed in e-mails that he had suggested to his department that a visa application for the nanny of an ex-lover be expedited. "No favours but slightly quicker," he had written.

Blunkett denied any intention to usurp proper procedure but understood that the perception he had done so was incontrovertible. In explaining his decision he said: "Any perception of this application being speeded up requires me to take responsibility. That is why, with enormous regret, I have tendered my resignation to the prime minister today."

And he was hurt, too, his pride damaged. "I am mortified that that was done and I am very sorry," he said. "I'm not even angry, I'm just terribly hurt and I want people to know that in my public life I have always tried to help people."

What are the personal and political forces at play here? For one, responsibility and an understanding that, like Caesar's wife, politicians must be seen to be beyond reproach. But shame and guilt also play an important role. Blunkett was wounded and embarrassed by events and, thus, compelled to act.

In the grand scheme of things, the mere suggestion that nothing more than a visa application be fast-tracked is trivial. Far, far greater political crimes are committed every day. Yet he felt culpable for a betrayal of trust and, thus, whatever his transgression, resignation was to his mind the honourable action.

Back home, in the land without consequences, this kind of behaviour is almost without precedent in modern-day South Africa.

Last week, auditor-general Kimi Makwetu bemoaned the lack of repercussions for wrongdoing in the public service. It is a conundrum his office cites almost every year. "The lack of consequences and resistance [to consequences] is something that can be corrected," he argued. "There should be a public engagement and a public display of these consequences when they happen." But you get the sense this will never happen.

Our minister of home affairs, Malusi Gigaba, has just presided over a visa foul-up of his own and in terms of the cost to the country it makes Blunkett's indiscretion look like a cakewalk. The cost of the insanely onerous regulations introduced by Gigaba and his predecessor, Naledi Pandor, have been estimated to run into the billions. Yet, every step of the way they were blindly defended, until the sheer weight of economic and public pressure caused an about-turn.

No one has resigned. No one has taken personal responsibility and, importantly, not an ounce of contrition or shame was on display. It is a response we have seen a hundred times, on a hundred different issues, each a hundred times worse than the visa regulation debacle.

What is it about the political culture of the ANC that negates a sense of shame and personal responsibility in its members?

Politically, shame gets a bad rap. Outside the political universe the connotations that attach to it are almost entirely negative, understandably so. It is associated with victimhood and your sympathy is naturally drawn to those who suffer its effects. But politically it plays a different role. It speaks not just to a sense of personal responsibility but operates as a mechanism for accountability in the hands of the public, media and civil society.

If it is possible for a politician to be shamed, justifiably - to induce in them a sense of guilt - then consequences are more easily secured. You are no longer pushing against a closed door. Ideally, they would feel it of their own volition, but, where this is not possible, an environment in which reputation matters can serve to artificially engender it. That is not ideal but just as effective.

But if politicians have no sense of shame or guilt, if they are shameless, what then? Welcome to the politics of the ANC.

There are, no doubt, many pragmatic factors that contribute to this ethical vacuum. Careerism is one. Many ANC politicians simply could not cut it anywhere else, certainly not in the private sector. They have neither the skills nor the expertise. Politics is the only thing going for them. To lose that job would be to lose everything, and so they cling to it, stubbornly and obstinately.

block_quotes_start A party without shame is one without pride. In their place, self-interest and personal gratification block_quotes_end

But collectivism plays an important part, too. The ANC operates like a hive mind. From the president down, everyone is at pains to explain that no decision can be reduced to a single person. Every member is a part of a greater whole. This dilutes, if not negates entirely, any sense of personal responsibility. If an abstraction is responsible, no one is.

Although deeply problematic, you can get away with that kind of thing at a party political level; in government you cannot. Ministers, directors-general, civil servants, all have well-defined responsibilities. Decision-making follows a clear chain of command, and responsibility is both legislated for and closely regulated. Over the years, the ANC has created in government a shameless culture, mirroring its own internal dynamics. It will take just as long to undo.

The result is a war without purpose. Daily the media tries to evoke in our national representatives a sense of shame and guilt. The evidence it presents, devastating in its depth, counts for little, however. It is simply not possible to shame an ANC politician. And so the frustration grows. The SABC, SAA, Eskom, you name it, billions can be lost or millions mismanaged, it is all brushed aside with an air of disdain. Even embarrassment, the first step on the road to shame, is rarely on display.

When a pattern of behaviour is entrenched, it is worth looking at those rare exceptions. When Pallo Jordan was revealed to have falsely claimed a doctorate, he resigned.

ANC secretary-general Gwede Mantashe said at the time: "True to his character, he has apologised to the ANC, its membership and South Africa ... A man of comrade Pallo Jordan's intellect does not need to perpetuate deceit; he must be given time to deal with his guilt. As the ANC, we have accepted his public apology; to apologise was not an action of the faint-hearted."

"I'm sorry." Now there is a phrase you do not come across often. It is, of course, the quintessential indication of shame and regret. It is not part of our democratic lexicon. Yet pride, its opposite, is on display everywhere. Celebrations, awards, "good stories", medals, congratulations and acknowledgements - these are the ostensible political commodities the ANC trades in.

And that is what gives the game away. If pride is the flip side of shame, you cannot authentically feel the one and not the other. The truth is, ANC representatives feel neither. A party without shame is one without pride. In their place, self-interest and personal gratification. These two forces have created a monster. It is immune to guilt and it feigns pride, but really, it feeds off nothing more than its own warped sense of self-worth.