Could a united opposition win the 2019 elections? 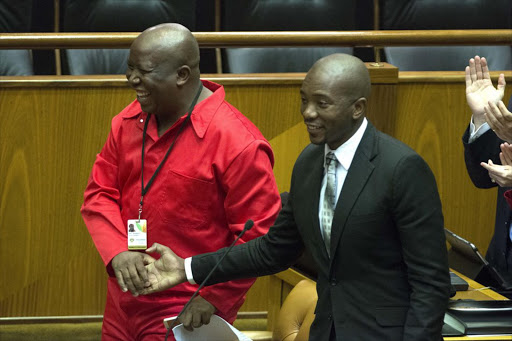 Four narratives helped to shape South African politics in 2016. Of these, three (state capture and corruption, the avoidance of junk status and ANC infighting/succession battles) have dominated the headlines.

Not much has been written about the fourth, the opposition co-operation since the August local government elections.

The elections saw the ANC unseated in a further three metro councils in addition to Cape Town, and in dozens of large and small towns across the country, of which Rustenburg, Mogale City (Krugersdorp) and Metsimaholo (Sasolburg) are the most noteworthy.

What is the state of play in these opposition-led councils? What is working, and what is not? And are we witnessing the development of an unlikely alternative to the ANC, which could do the until recently unthinkable and, in 2019, unseat the party of our liberation?

The parties involved in opposition co-operation agreements are the DA, EFF, IFP, UDM, Freedom Front Plus, African Christian Democratic Party, COPE and some small local groupings. They only work together in councils where none of them has a majority of 50%-plus, and not all of them are represented in all those councils.

The opposition parties co-operate, but have not formed coalitions. The EFF, for instance, holds not a single elected position of power and none of its councillors enjoys the trappings or extra pay that executive power brings .

What binds them together? Certainly not ideology - imagine the differences between the EFF and the FFPlus, for instance. Rather, they are bound by a belief that local government under the ANC became rotten to the core through corruption, nepotism and mismanagement, and that the opposition can unite in its diversity to ensure better service delivery.

What the EFF has agreed to is to lend its vote to opposition groupings to enable them to govern, on the understanding that they will have to negotiate with the EFF in each council when budgets have to be passed, and that the EFF will agree only to negotiated budgets that do not splurge on councillor luxuries or vanity projects, but focus on the needs of the African poor.

To this, all opposition parties have agreed, and discussions over the past two weeks have crystallised into three main threads: that it is early days yet; that progress is so far, so good, albeit uneven; and that the budget will be crunch time.

An aspect mitigating against co-operation in August was that there were few points of contact between opposition leaders.

Some did not even know who to approach when the results produced so many councils without an absolute majority for any one party.

This aspect has been largely rectified.

Opposition parties have created contact points on local, provincial and national levels which meet as required, and they have thus far been able to smooth out all problems.

But isn't the EFF simply planning a reverse takeover of the ANC, with the other parties its useful idiots in weakening the ANC's hold on power?

"If that were the case, the opposition co-operation agreement would have fallen apart in Mogale when the newly elected DA mayor recently resigned," an EFF source points out. "Instead, we remained disciplined and a new DA mayor was elected."

The role of EFF secretary-general Godrich Gardee in ironing out differences in Metsimaholo was cited as a sign of the EFF's constructive role. In fact, all opposition parties quizzed this week have commented on the disciplined and consistent conduct of the EFF in councils - repeatedly warning that budget negotiations still lie ahead.

That said, progress in opposition-run hung councils is uneven. Of the three newly won metros, the consensus is that co-operation in Tshwane functions best, followed by Nelson Mandela Bay and then Johannesburg, where both the size of the challenges and the style of mayor Herman Mashaba have proved challenging.

Several smaller parties said they struggled to get credit for progress made, but that at least the opposition-run councils showed people that a vote for a smaller party was not wasted.

Opposition leaders were coy this week about whether the relative success of opposition co-operation could lead to a joint opposition government should the ANC win less than 50% of the national vote in 2019.

With no one prepared to commit on the record this early, discussions have shown the UDM and IFP to be more open to negotiating with the ANC in 2019 than their co-operation partners. But it appears to be way too early to make calls on a national level, good as the going might be for an opposition more united than ever before.