Real women at risk as men turn to robots for sex 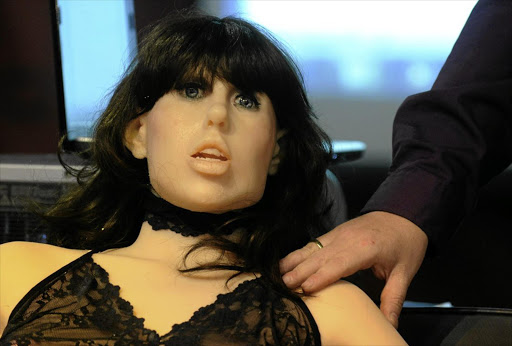 It's only a matter of time before artificial intelligence takes a mainstream role in sex, in the form of robots. This is according to Trudy Barber, a pioneer in the impact of technology on sexual intercourse.

Speaking at the International Congress of Love and Sex with Robotics, Barber said people's growing immersion in technology meant sex with robots would soon be commonplace.

Sex between human couples would increasingly be saved for special occasions as robots satisfied our everyday needs, Barber predicted.

She said the use of artificial intelligence devices in the bedroom would be socially normal within 25 years and that the machines would enable people to appreciate "the real thing".

"I think what will happen is that they will make real-time relationships more valuable and exciting," she said.

Advances in the field are predicted to make sex robots increasingly lifelike and affordable.

In April, Ricky Ma, 42, a Hong Kong man with no formal training in robots, spent about R500,000 to create a robotic woman who looks like Scarlett Johansson. And there's nothing she can do about it.

Unlike the vivacious and intelligent actress, his robotic counterpart was programmed to respond to compliments like "you are very beautiful" and "you're so cute" with a coquettish smile and a wink. Ma's three-dimensional creation is about as one-dimensional as you can get.

Blay Whitby, a philosopher concerned with the social impact of emerging technologies and the trivialisation of robots in the media, believes there is a real worry that people will also abuse robots assigned human traits - whether it be in a sexual or physical way.

"Will people mistreat robots? Oh yes, I'm sure. T hey already do. The way people first meet artificial intelligence is in a character in a video game that they're shooting at."

As we are yet to truly understand the effect that playing violent video games has on young minds, it will be years before we even begin to comprehend the knock-on effects that the mistreatment of human-like robots has on our behaviour towards each other.

Kathleen Richardson, a senior research fellow in the ethics of robotics at the Centre for Computing and Social Responsibility at De Montfort University in Leicester in the UK, has done extensive research into this area - especially with regard to women.

"A machine, like the portrayal of women in pornography, prostitution and the media, are entirely objects for male gratification," she said.

"But women aren't like what males see in pornography or in prostitution or in popular media. In these areas women are coerced or told how to act or behave with a threat of money or violence. In real life, women really have their own thoughts and feelings and preferences and desires.

"It seems logical that if this extreme control can't be experienced by men with real women, the only next step is to create artificial objects," Richardson said.

At the 2016 annual meeting of the American Association for the Advancement of Science, the world's largest scientific society, Yale ethicist Wendell Wallach spoke of his concerns about artificial intelligence.

"There's a need for more concerted action to keep technology a good servant - and not let it become a dangerous monster," he said.

Philosopher Whitby urged action before it was too late: "We need to have these discussions instead of waking up one day when robot companions are normal and question whether it was a good idea or not."

And as this technology is rolled out, he had a warning about where the democratisation of technology was taking us: "How would you feel about your ex-boyfriend getting a robot that looked exactly like you, just in order to beat it up every night?"

It's a shocking idea, isn't it? On the one hand, it's a machine - it isn't you. But then, it is you, because it stands for you, and who you are.

Whitby added: "It might be all right, it might mean he can be calmer and more normal with you.

"But we really haven't discussed this as a society. We're drifting towards it and the technology is very close to being available."

It's time we started having these conversations, before those oft-quoted science-fiction dystopias become a nightmarish reality.