Peter Abrahams, who has died at the age of 97, was a mixed-race South African whose powerful novels did much to rally early opposition in Britain to apartheid. 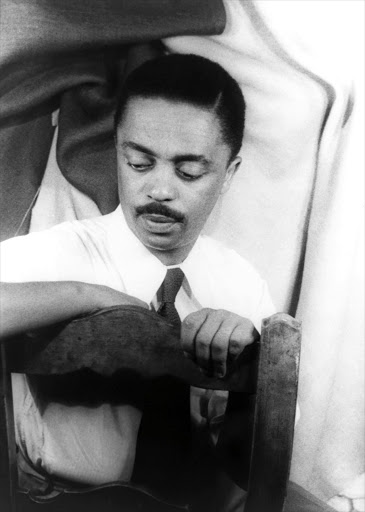 Peter Abrahams was one of the first black authors from South Africa to gain a wide audience. His works include Mine Boy and Tell Freedom: Memories of Africa.
Image: CORBIS

Having been in wartime London with Jomo Kenyatta and Kwame Nkrumah, he had unrivalled insight as Britain's African colonies won their independence. Sanguine about their prospects, when he moved on it was to Jamaica, where he became a respected writer and broadcaster.

Although his first job in London was with the Communist Daily Worker, Abrahams was no slave to dogma; he fell out with the party after it denounced his first book. Nor was he in any way anti-white. He respected Afrikaners more than South Africa's Anglophone whites, rating them "the most backward, but the most African, of whites".

Yet his experience of spiralling political bloodshed in Jamaica - which he blamed on meddling superpowers - led him to believe that black people should develop institutions free of "Western" influence.

He was born Peter Henry Abrahams Deras in Vrededorp, Johannesburg, on March 3 1919.

His father, James Deras, was Ethiopian and his mother, Angelina du Plessis, of mixed race; he was categorised as coloured. His father died when he was small, leaving the family destitute in "the worst slum in the world".

Abrahams started work at nine as a market porter, but at 11 enrolled at school; he developed a reverence for Keats and Shelley, but had to leave when the aunt he lived with was jailed for selling illegal alcohol.

Then he chanced on a job at the Bantu Men's Social Centre, in whose library he discovered the pioneer African-American writers. He persuaded Grace Dieu training college to give him a job and a place.

He had his first poems published, but left at 17 as he did not want to teach. Seeking work in the Cape, he helped organise a protest against new restrictions on "coloureds" that got out of hand. He made his first white friends, and though failing to break into journalism, did get enough into print to worry the authorities.

Arriving in Durban as war broke out, he signed on as a stoker on a merchant ship; refused a passport, he was allowed aboard by a friendly police officer. He reached London early in 1941, with 300 unpublished short stories.

Hired as a clerk by the Daily Worker, Abrahams was soon promoted to its editorial staff. However, he disliked his colleagues' "lack of warmth, and limited view", and gravitated towards other Africans.

In 1942 he published Dark Testament, a selection of his pieces from South Africa. Song of the City (1945) followed, then Mine Boy (1946), which the Nigerian scholar Kolawole Ogungbesan reckoned "the first African novel written in English to command international attention". Exposing pre-apartheid racism in South Africa, it has become a standard text in English schools.

Next came The Path of Thunder (1948) - made into a ballet by Gara Garayev - and Wild Conquest (1949), about the Great Trek and interracial love. CP Snow wrote: "It may be the forerunner of an entire school of African literary art." By then, Abrahams had moved to Paris with his second wife, Daphne, a fiery artist born in Java of English expatriate stock who became his soulmate.

He lunched with Jean-Paul Sartre, finding him "gay and charming, and utterly without that despairing gloom his philosophy bred in most of his followers". Moving to the country, he found the French peasantry as tribal as its African counterpart.

Returning to Britain in 1952, Abrahams settled at Loughton in Essex, joining forces with the scientist and anarchist poet Alex Comfort (later the author of The Joy of Sex) who was a neighbour. Soon after, he returned to South Africa for the only time under apartheid, for the Observer. His visit coincided with an ANC-inspired protest at the tightening of apartheid. He listed Nelson Mandela - whom he had scarcely known before - last among its eight founders.

Abrahams' reportage piled fact on fact to demonstrate the cruelty, and the absurdity, of the way South Africa's white supremacist government was mistreating the other races and playing them off against each other.

Stopping off in Kenya, he was reunited with Kenyatta. In London he had been an academic; to the colonial authorities he was just a black man. Although Kenyatta was the obvious choice to lead an independent Kenya should Britain ever pull out, Abrahams feared that "the bitterness has gone too deep", predicting that something like Mau Mau would come.

When Kenyatta was arrested, the Daily Telegraph urged the BBC to stop using Abrahams as he had reported that Kenyatta's lieutenant Peter Koinange had offered up a prayer "for the expropriation of the white man from the Kenya highlands". Yet when Return to Goli (1953) appeared, Abrahams' deconstruction of white domination in Africa led the paper to concede: "However propagandist, it is written by an artist in words."

Tell Freedom (1954) was a compelling memoir of Abrahams' youth, and A Wreath for Udomo (1956) set in London's African expat community. With its hero modelled on Nkrumah with a hint of Kenyatta, and published a year before Nkrumah's assumption of power in Ghana, it described in prophetically pessimistic terms an exile's return to take charge of his country.

In 1955 Britain's Colonial Office commissioned Abrahams to research a guide to Jamaica, An Island Mosaic (1957). Encountering a society then largely free of tensions, he mastered the dialect, and went off the beaten track to meet the Maroons, who were descended from runaway slaves, and some ganja smokers, then in small numbers.

Abrahams found a "genuine and casual racial mixture" - although he was served reluctantly in a tourist hotel and hit trouble in a Kingston rum shop because he was too well dressed. Smitten, he resettled there with his family, affectionately regarding Britain as his "halfway house".

Living in the Red Hills overlooking Kingston, Abrahams co-founded the West Indian Economist and was active in the island's increasingly turbulent politics. From 1978 to 1980 he chaired Radio Jamaica through a financial crisis.

There were more novels: A Night of Their Own (1965), about underground resistance to apartheid; This Island Now (1966), seeing a gloomy future for now-independent Jamaica; and The View from Coyaba (1985), a four-generation saga of a Jamaican family, starting as runaway slaves and encompassing Uganda under Idi Amin. His final work was autobiographical: The Black Experience in the 20th Century (2000).

Abrahams married Dorothy Pennington in 1942; they were divorced in 1948. The next year he married Daphne Miller. She survives him with their son and two daughters.