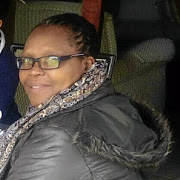 Priscilla Mchunu, who has died in Mpumuza in KwaZulu-Natal at the age of 54, was a model teacher.

She was gunned down two weeks ago at Laduma High School, where she was the deputy principal and acting principal.

It was a Saturday morning and Mchunu, as was her wont, was sitting on a desk in front of her Grade 12 history class. She frequently gave up her Saturday mornings to give her matrics extra lessons.

According to the deputy chairman of the school's governing body, Thulani Dlamini, two armed men approached the class. A third waited in a car. One stood by the door and kept his eyes on the pupils while his accomplice walked up to Mchunu and started shooting.

They walked out. Then the one who had fired the shots came back into the classroom and fired three more shots at her head.

It had the hallmarks of a hit, and happened a couple of years after a jobs-for-cash racket - whereby senior teaching posts were sold, often after incumbents had been warned to vacate their posts or be killed - was exposed.

Mchunu was born in Nkandla on March 24 1962. She graduated with a bachelor of education degree from the University of Zululand.

She had been teaching at Laduma High School in Mpumuza, 25km from Pietermaritzburg, for 26 years. She joined the school as head of the humanities department in 1991.

She was appointed deputy principal last year, and became acting principal when the incumbent retired in January this year.

She loved teaching and took it very seriously. She was dedicated to doing the best she could for her pupils.

She tried to minimise the boundaries between her and them without compromising discipline. She believed in treating them like her children, and she encouraged them to think of her as a parent.

Many professionals in the community were taught by her and credited her with the success they made of their professional and personal lives.

Her favourite subject was history, and she was passionate about it.

She was asked to give lessons on the local community radio station, which she did once a week. It became a popular show.

Mchunu was popular with fellow teachers as well as pupils, who remember her as a kind, friendly woman with a ready smile.

She is survived by two adult children.