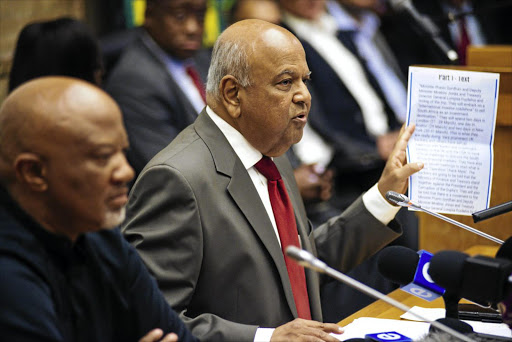 Are the country’s courts the appropriate places to test the rationality of cabinet appointments, wonders Songezo Zibi

Since the DA launched a high court application to have President Jacob Zuma's dismissal of finance minister Pravin Gordhan and his deputy, Mcebisi Jonas, set aside, there have been questions about whether a court decision would not amount to judicial overreach.

Some are alarmed that the court is even hearing the application, given that a president appears to have unfettered latitude to appoint and dismiss ministers for any reason they deem appropriate.

The concern is not unfounded.

Our constitutional architecture is based on three arms of the state that have distinct but very important roles. It is undesirable for any one of them to usurp the territory of the other, and whenever that happens all of us have reason to be concerned.

There have been several instances in the past when the executive in particular has complained that decisions of the courts intrude into its territory.

There are several points to consider, including whether litigation is sustainable if we do not fix the vital constitutional flaws that have given rise to our current difficulties with accountability, which is at the heart of our constitutional edifice.

The office and powers of the president, including executive discretion, are established by the constitution. The president holds and uses this power in trust on behalf of the electorate.

This means that in all their actions, the president is to act in good faith and in the interests of the country.

In this context it seems unlikely that the constitution conceived that the powers the president has would be available for whimsical self-gratification or any reason other than that for which their office has been established.

While this is the first time a president has been taken to task over the dismissal of a member of their cabinet, it is important to note that the courts have previously examined the concept of presidential discretion at some length.

The most notable case involved the appointment of Menzi Simelane to the position of national director of public prosecutions, subsequently challenged by the DA and set aside on account of irrationality.

In his submission to the courts, Zuma asserted that it is up to the president to determine what "fit and proper" means as envisaged in the National Prosecuting Authority Act.

His interpretation of his discretion was so wide that he easily could have appointed anyone who met the minimum objective requirements stipulated in the NPA Act.

While the Supreme Court of Appeal delivered what amounted to a severe judicial spanking, it was the Constitutional Court's Justice Zak Yacoob who penned a most scholarly judgment, aspects of which surely have profound relevance in this case.

He explained that the test of rationality demands that the actions of the president be connected to the purpose for which the powers enabling those actions are conceived, and that they must be lawful.

Some of those who express alarm at this case appear to suggest that despite the courts having ruled on numerous occasions on the rationality or otherwise of administrative decisions, those that fall within the ambit of executive power are not to be subjected to such a test.

This proposition is problematic and may be inconsistent with how the Constitutional Court has determined in the past.

"It cannot be suggested that a decision that may be irrational in an administrative-law setting might mutate into a rational decision if the decision being evaluated was an executive one. The separation of powers has nothing to do with whether a decision is rational," Yacoob wrote in the Simelane judgment.

In this case the president has given as many as four reasons for his cabinet reshuffle. Two are of particular interest.

The first reason apparently given to the ANC's national office bearers (the so-called top six) was that he had received intelligence that Gordhan and Jonas were conspiring with international bankers and investors to overthrow the government.

Subsequently, the minister of state security denied any knowledge of this. It is not clear from whom Zuma received such intelligence if not from his own intelligence minister.

The second reason was that of "improving the efficiency of government", as he put it in his announcement.

It sticks out like a sore thumb that at the same time he retained ministers Faith Muthambi and Bathabile Dlamini.

Muthambi failed to oversee South Africa's digital migration, while Dlamini was most recently mired in an ugly crisis over the social grants distribution contract for which she is in trouble with the Constitutional Court.

It is logical that there would be questions about the sincerity of both reasons given that they are contradicted by facts that are apparent even to casual observers of politics and the government.

The question is whether a court is the appropriate forum in which to get answers to any arising questions, of which there are many. The answer will be provided by the courts in due time.

If the DA achieves any success it may be a finding that the dismissal of Gordhan and his deputy was unconnected to either the reasons given by the president or the purpose for which his powers were conferred to begin with.

It is unlikely that a court would reinstate them or tell the president who to appoint, which would be in line with walking a fine line between ensuring executive accountability while adhering to the separation of powers.

In the meantime we must reflect deeply on how we ended up in this situation to begin with, and what must be done to prevent a repeat.

In essence it appears the constitution and the width of discretion it gives the president envisaged that they would always act in good faith. This is clearly naive, as previous cases where the president or some of his ministers have been found to have acted irrationally clearly demonstrate.

The first is the electoral system. While the courts are an effective check on abuse of power, it is parliament that has the primary responsibility of overseeing the work of the executive.

However, MPs are at the mercy of the same executive they are supposed to keep in check — quite ridiculous by any stretch of the imagination.

It is therefore necessary that the electoral system be changed to include constituency voting in line with the recommendations of the Slabbert commission. This would give significant power to the electorate who would be able to interrogate MPs on their failure to ensure executive accountability.

The second reform is to limit executive discretion in respect of certain appointments. These are all positions that are created by the constitution itself, such as the head of the Treasury, the national director of public prosecutions and others. In this case the president should forward a nominee to the speaker whereupon a nonpartisan committee of MPs would interview them in an open forum.

The appointment should only proceed if parliament is satisfied that the candidate is suitable. While not perfect, this system would ensure that the president makes rational appointments instead of people whose integrity is in question or have no inclination to serve the constitution.

• Zibi is an author and a former editor of Business Day