Zuma — loyalty to blood or country? 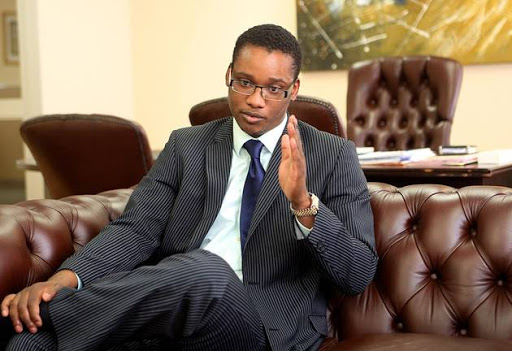 The president can convince us only if he urges the police and security agencies to investigate his son, the Guptas and himself, writes S’thembiso Msomi

Almost everyone who has worked closely with President Jacob Zuma over the tumultuous past 12 years remarks about his affinity for his children, especially the twins Duduzane and Duduzile.

The twins' mother Kate committed suicide in 2000 when they were 18.

In a letter she apparently wrote just before she died — and which was widely circulated to media organisations many years later as the leadership battle between Zuma and former president Thabo Mbeki intensified — she appealed to Zuma to take care of them and their three siblings.

"Please, Please will you take care of my dear children, you must not let them starve since I'll be gone, pay their school fees to enable them to further their studies ...

"Revisit your obligations as a Father to have Love/Passion for your own children," she allegedly wrote.

At the funeral, the twins' elder brother Mxolisi read out a message from Zuma in which he pledged to be a "pillar of strength" for Kate's children.

"I will try to now be mother and father to our children, but it will be difficult," he said.

Zuma appears to have taken his late wife's words to heart. In the years that followed, he grew close and protective of the children.

They in turn grew fiercely loyal to their father — going so far as to defend him in public when they felt he was under attack for one reason or another.

Duduzane and Duduzile were often at his side in the High Court in Johannesburg in 2006 when Zuma faced charges of rape.

Duduzile's testimony at the trial was crucial in securing her father's acquittal.

But by the time of his acquittal, the Zuma name had become politically stigmatised, what with his axing as the country's deputy president following the conviction of his friend and business partner Schabir Shaik on charges related to the arms deal.

Zuma has said on numerous occasions that his children, especially Duduzane, paid a heavy price at the time for being his children. He told an ANC meeting in the Eastern Cape in March last year that no one would give Duduzane an internship when they discovered who his father was.

At the same Eastern Cape meeting, Zuma defended his association with the controversial family — as well as his son's business partnership with them — on the grounds that they were the only people who were willing to give Duduzane a job when the family was down and out.

Purely from a profit-making perspective, the Guptas' investment in Duduzane — which entailed grooming him from an intern into being their multimillionaire business partner — was a masterstroke.

With him on their side, they could secure his father's unwavering loyalty, even when it seemed politically convenient for him to "throw them under the bus", as he often did with other associates who had become liabilities.

It is no surprise therefore that the leaked Gupta e-mails point to the 33-year-old Duduzane as the middleman in the Zuma administration's dealings with the Guptas. Among the damning revelations to emerge from the e-mails is that the president's son brokered a meeting between Zuma and a private Russian company in Switzerland in 2014.

He also appears to have played a role in what appears to be a Gupta plan to settle Zuma in Dubai when he leaves office.

Last week, Zuma strenuously denied that he had any plans of migrating from South Africa.

"Duduzane has never spoken to me about living in any other country. He has never shown me any letter. It's shocking in the extreme. It's absolute mischief aimed at sowing confusion," said Zuma.

He issued the denial after calling Duduzane in last Saturday to question him about the letter.

Duduzane later told a television station that he knew nothing of the letter and suggested that the e-mails were the work of people who wanted to oust his father from office.

But it has been a week since the e-mails became public and, for a president who claims that someone improperly used his name without his knowledge and permission, it is curious that Zuma has not ordered that any legal steps be taken to investigate the origins of the letter.

The e-mails may not be the first evidence that the Guptas use their proximity to the president's son to gain advantage for their businesses, but they reveal the extent of the problem.

Former deputy finance minister Mcebisi Jonas has already told us how Duduzane took him to the Gupta compound in Saxonwold, Johannesburg, where they offered him a job as finance minister in return for his loyalty to them.

Another senior ANC leader, Ngoako Ramatlhodi, told how he saw Duduzane and Mosebenzi Zwane coming out of the president's office the very day that he was informed that he would be relieved of his duties as mineral resources minister.

Through the e-mails, we now know that Zwane's CV was first sent to the Guptas by France Oupa Mokoena before the president made the cabinet change.

Judging by the e-mails, the Guptas, the president and his son are an unholy trinity through which South Africa is now run. A shadow state, accountable to no one but themselves.

The revelations have renewed calls for a judicial commission of inquiry into state capture. Even Zuma's supporters now seem enthusiastic about it, even though they insist that it should be a much broader probe, looking into private-sector influence over government dating back to 1994.

While a commission of inquiry may help shed more light on how unelected individuals are subverting democracy for their selfish ends, it should not be the only instrument.

Post-apartheid South Africa's brief history is not short of examples of commissions being set up to avoid having anyone being held responsible.

Even in this case, some of the advocates of a commission of inquiry, especially within the ANC, call for it in the hope that its establishment will be bogged down in court.

Zuma has a pending court challenge on the public protector's earlier recommendation that such a commission be headed by a judge recommended by the chief justice, rather than one appointed by the president.

What the e-mails suggest is that a number of the country's laws may have been contravened and this calls for law-enforcement agencies to begin criminal investigations, even if those run parallel with a commission of inquiry.

As for the president, it is too late for him to distance himself from the Guptas and his son, their business partner.

But if he really wants to convince the South African public that he did not know that his ministers and senior civil servants were "reporting to the Guptas", he should publicly ask the police and other security agencies to immediately begin a probe into all the allegations about his son, the Guptas and himself.