Zuma's victory came at a huge cost to a fractured ANC

Each time the president survives, the ANC loses the battle of regaining people’s trust 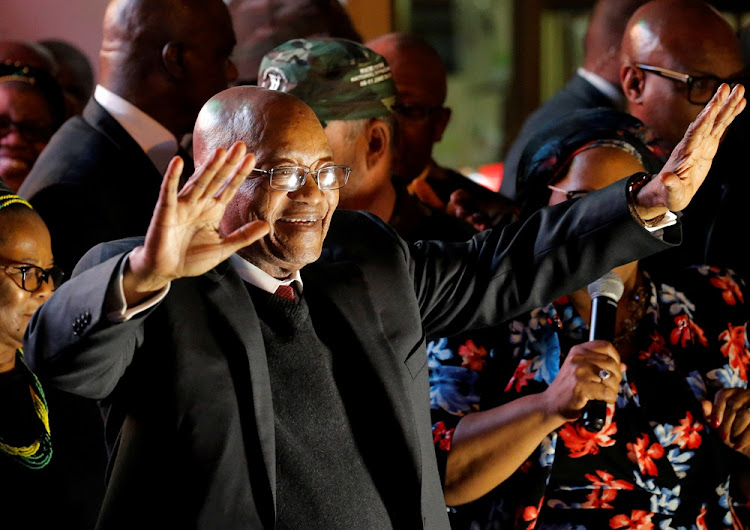 Just when many thought that President Jacob Zuma’s fate was sealed, he emerged victorious against a motion of no confidence in him - for the eighth time. The fanfare associated with his expected loss was largely in sync with the increasing public discontent with his leadership.

On the day of the no confidence vote political parties slugged it out: the ANC was on the defensive, barraged with the opposition parties’ critique of Zuma, who is blamed for the morass the country finds itself in.

Cautiously couched, and with an eye on winning over ANC MPs who hold the majority of seats in parliament, the opposition’s fusillade sought to delink Zuma from the party. This made sense as a strategy: after all the ANC has abdicated the responsibility of holding Zuma to account for far too long. In tabling yet another motion of no confidence the opposition appropriated this duty.

President Jacob Zuma might have survived the biggest challenge to his presidency through a narrowly defeated vote of no confidence but his hell ride ...
Opinion & Analysis
4 years ago

The latest motion offered the ANC a chance to make a distinction between itself and its ethically compromised president, and to reclaim its position as a leader of society. It created – albeit unwittingly – the opportunity for the ANC to repackage its sullied image.

But it failed to seize the moment. Instead, it settled for a Pyrrhic victory. Those faithful to Zuma took turns in their deification histrionics of political showmanship and demagoguery fixated on imagined “enemies of the state” and the illusion of “regime change” . These falsehoods are peddled to deflect attention from the real dangers to the country’s democracy: a dearth of ethical leadership and the capture of the state under Zuma.

Opposition parties took advantage of this. They might not have won the vote of no confidence. But they came away emboldened for trying.

The opposition parties are getting smarter in exploiting the ANC’s vacuous leadership. In the latest motion of no confidence debate, they managed to frame the narrative in a way that reminded ANC members about the nobility of the historical foundation of the party, and the reason for its existence. In other words, the opposition parties were teaching the ANC about the ANC.

The danger for the ANC in not being decisive about Zuma is that, over time, the opposition parties may usurp its political capital and project themselves as genuine custodians of its foundational values. In fact, this appears to be their strategy. Some in the ANC are aware of this which probably explains why 26 of them put the public interest first and voted for the motion.

This is what’s required if the party is going to survive in the long term. Acting in the public interest is a strategic political investment.

Despite the fact that some ANC broke ranks, the motion failed to pass. Of the 384 MPs who voted, 177 said they do not have confidence in Zuma – 46% of the total votes. In all 198 (52%) maintained their confidence in Zuma, while 9 (2%) abstained. Statistically, the motion was lost by 6%. When abstentions are factored in, by 4%.

Immediately after Speaker of National Assembly Baleka Mbete ,announced the results, Zuma couldn’t wait to ascend the podium in a style reminiscent of his ascension to the ANC’s throne in 2007 after President Thabo Mbeki had earlier sacked him as the Deputy President of the Republic.

A victory, but at what cost

It is all celebrations in the Zuma coterie. The vote means that the network of his kindred spirits – those at the centre of the capture of the state and profiting from the public purse handsomely – is protected.

But aren’t these celebrations about a trifle? A closer look at the votes reveals something interesting: at least 26 ANC MPs agreed with the opposition parties that Zuma should step down as the president of the Republic. The celebrations are therefore more likely to be a requiem for the possible atrophy of the ANC, whose indecisiveness makes it complicit in creating this peril.

Indeed, as leader of the governing party and of the country Zuma should be worried about the outcome. His legitimacy in his own party has plummeted. Coupled with the negative sentiments about him in broader society, the picture is now gloomier for the ANC. He won the vote and secured the throne. But, at what cost?

The outcome of the no confidence vote has laid bare a fractured ANC. Each time Zuma survives, the ANC loses the battle of regaining people’s trust.

As ANC heavyweights get guns out for rebel MPs, opposition parties plot their next moves
Politics
4 years ago

The opposition parties are aware of this, and are exploiting it. Their strategic political gaze hasn’t simply been about reaching the required threshold to oust the president – after all they don’t have sufficient numbers in parliament.

Instead, their motions of no confidence are about obliterating the political credibility of the ANC, using Zuma’s disastrous leadership as a means to this end. They exploit, to their strategic political advantage, the increasing perception that the people of the country are being ignored and are misunderstood by the ANC government. This, in a democracy that came about as a result of the sacrifices of the people, some of whom paid the ultimate price during the liberation struggle.

What emerged in the debate wasn’t about the public interest. Rather it was about protecting the oligarchy. This is surreal. Parliament as the legislative authority is supposed to represent the interest of the people. Hasn’t it sunk into the political conscience of the ANC, after 23 years of its governing the country, that leadership of public affairs should always be driven by the public interest?

In a democracy public discontent is understood as an opportunity to listen closely to what the people want. The ANC will be punished severely at the polls if it continues to fail to understand this.

- Mashupye Herbert Maserumule is a professor of public affairs, at Tshwane University of Technology.

This article first appeared on The Conversation.