Cyril vs Nkosazana: It's a neck-and-neck race 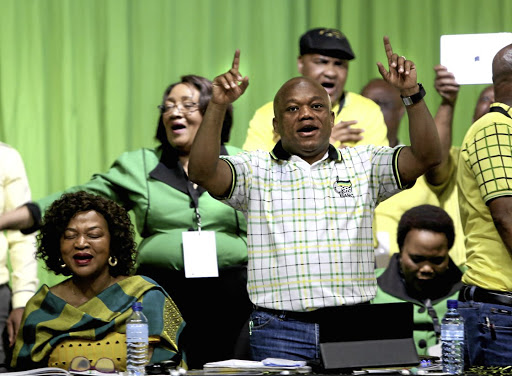 HEAVYWEIGHTS Baleka Mbethe and Sihle Zikalala sing along with delegates at the ANC's provincial general council in Durban on Monday Picture: Jackie Clausen

Nominations by ANC branches around the country reflect a tight race for the party leadership between Cyril Ramaphosa and Nkosazana Dlamini-Zuma, with the deputy president ahead by a few hundred votes.

The ANC's 54th national conference, to be held next week, could have a nail-biting finish because the result could still swing either way.

According to branch nominations Ramaphosa stands at 1862 votes while Dlamini-Zuma stands at 1337.

Several unknowns could decide the race. These include Mpumalanga's "unity" votes, the choices of the branches that have to rerun their meetings, court case outcomes and the balance of power in the ANC national executive committee.

The decision by 223 branches in Mpumalanga to abstain in favour of "unity" could be a deciding factor, and those votes could be used to broker deals with the two competing camps in the last lap of the race. Fifty-six branches in KwaZulu-Natal also abstained.

ANC 'unity' a ticket to loot

The two main proponents of the "unity" campaign, President Jacob Zuma and Mpumalanga ANC chairman David Mabuza, have yet to explain how, practically, they want the race to play out.

Speaking at a post-NEC media briefing, secretary-general Gwede Mantashe said there was no candidate called "unity" on the ballot paper and the "unity" vote "falls flat".

"We now have to convert 'unity' into names of human beings," he said.

Zuma and Mabuza are using their positions to push for an arranged outcome, although they each have a different agenda.

The only #Unity ANC needs is a united stand against Mabuza

But the vast majority of ANC members across the nation have submitted nominations for their preferred candidates for the top six positions in the party, which indicates that they want their leaders to be elected, not decided by arrangement.

The majority of branches in Limpopo came out on Monday in favour of Ramaphosa as president, with 391 votes for him and 104 for Dlamini-Zuma. In KwaZulu-Natal, the ANC's biggest province, Dlamini-Zuma won 433 branches while Ramaphosa won 193 votes.

The nominations went according to predictions that Ramaphosa would secure Gauteng, Eastern Cape, Northern Cape, Western Cape and Limpopo. Dlamini-Zuma is favoured in North West, Free State and KZN.

From the branches that did not abstain in Mpumalanga, only six votes separated the candidates - 123 for Dlamini-Zuma and 117 for Ramaphosa.

Zuma and Mabuza are using their positions to push for an arranged outcome, although they each have a different agenda.

A total of 5240 delegates will be able to vote by secret ballot for the ANC's next leaders. This total is made up of delegates from the nine provinces; the youth, women and veterans' leagues; the NEC; and nine provincial executive committees.

Zuma delivered his last political report to the ANC NEC on Sunday.

Mantashe said Zuma used the term "outgoing president" and was "quite fatherly" in his address. He focused on the unity of the organisation and said contestation for leadership should strengthen the ANC.

Mantashe said the dinner, dubbed "The Last Supper", which Zuma recently hosted for all the presidential candidates, was to encourage them to accept defeat if they lost and to rally behind whomever won.

ANC chairman Baleka Mbete had the same message when opening the KZN provincial general council meeting in Durban on Monday.

Mbete, who has also been in the running for the presidency, said the result of the conference should not be a split in the ANC, or factions being out to "kill each other".

"You now have people, when they lose, they wage war until the next conference. Just accept that people have spoken and we must be magnanimous," said Mbete.

She said Zuma's dinner had been "constructive" and "healing". 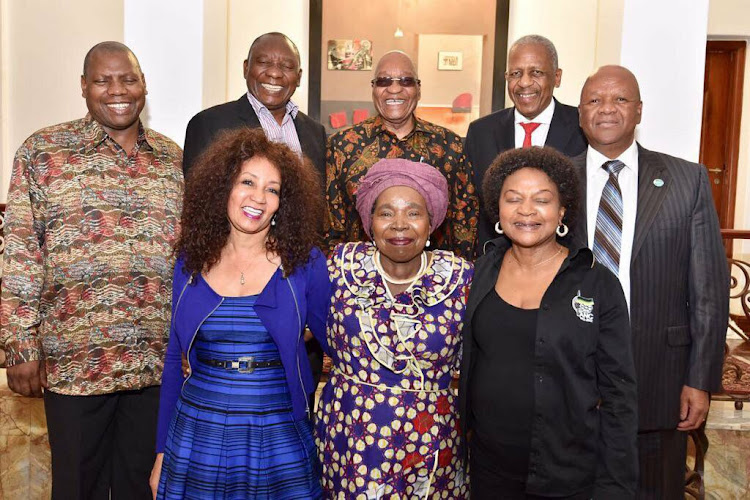 "We all agreed with him that we must go back to those who support us and say the ANC is bigger than all of us and must emerge triumphant.

"The ANC must always emerge intact, stronger and bigger after this national conference," said Mbete.

Mantashe said that, despite the closeness of the race, the ANC was not preparing for a contested outcome.

But despite what ANC leaders are saying, a close result would increase the potential for disputes on the conference floor - and court challenges.

With such a high-stakes race and control of the country at stake, a "happily ever after" outcome is unlikely.