That the race is so close shows both camps have blundered 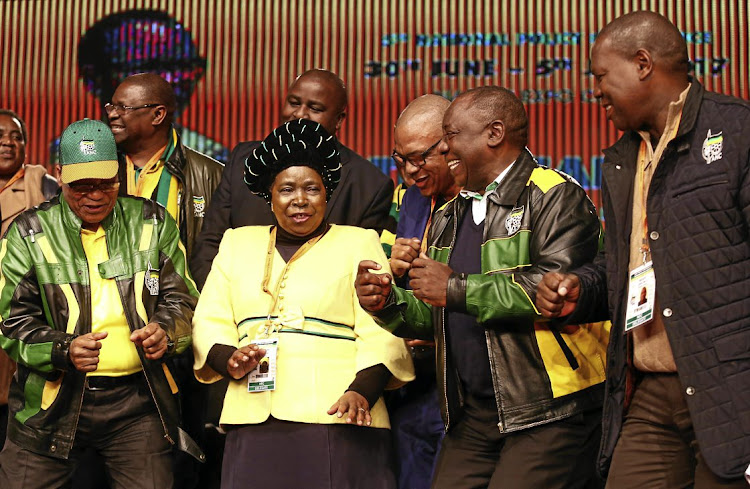 Irrespective of whether Deputy President Cyril Ramaphosa wins the ANC elective conference next weekend or not, there are some hard questions he must reflect on about how he fought the battle.

These are some of the strategic errors in a messy and hard-fought battle for leadership of the ANC.

As the presidential race reached its peak at the weekend, the two frontrunners, Ramaphosa and Nkosazana Dlamini-Zuma, both projected an air of confidence that they would emerge victorious.

But behind the scenes, there is still frantic lobbying by their respective campaigns to secure endorsements from other candidates whose presidential bids fizzled out, and the support of the "unity delegates".

As deputy president, ANC tradition favours him ascending to the top job and he has been preparing to become president of the organisation since his return to active politics in 2012. Ramaphosa has wanted to be ANC president since the mid-1990s when he was supposed to succeed Nelson Mandela.

So why then is he still in a dead heat with Dlamini-Zuma at this late stage?

Ramphosa's campaign was well-organised with a hot-shot team working behind the scenes to project his leadership attributes and publicise his speaking tours.

But the campaign was not politically smart.

Ramaphosa's announcement of his slate, with Naledi Pandor as his candidate for deputy president, Senzo Mchunu as secretary-general, Gwede Mantashe as national chairman and Paul Mashatile as treasurer- general, drew criticism for breaking with tradition and promoting a faction.

It emerged afterwards that Ramaphosa had not even consulted some of these candidates before naming them.

If the intention was to seal the deal, to convince undecided delegates that this was the team to beat, it did not have that effect.

Pandor commands respect and support among broader South African society, but is not a particularly hot favourite in the ANC for a leadership position.

Based on the nominations process, she is unlikely to be elected as deputy president.

By announcing the slate, Ramaphosa also closed the door on negotiations with other candidates and big players in the race. The message he sent out was that he was not open to trade-offs for support. While it was commendable that Ramaphosa was not willing to sell his soul to someone like Mpumalanga premier David Mabuza, his shutting down of negotiations left too much to chance.

Ramaphosa's announcement of the "New Deal" - a 10-point action plan to reverse economic decline - was also a strange strategy.

There is no doubt South Africa is in desperate need of an intervention to rescue the economy, but Ramaphosa's plan is lost on ANC delegates.

Both candidates’ biggest selling points are the perceptions against their opponents

They have not had the opportunity to engage with it and they are not going to make their voting choices based on the 10 points.

The New Deal might resonate with broader society and could prove to be a selling point for the 2019 national election campaign, but, as Ramaphosa's critics have pointed out, this is the deputy president's personal plan, not ANC policy. How did he hope to reach out to delegates using a plan that appeals to the business sector but not the ANC's core constituency?

Apart from carefully worded media releases, he has not had many political heavy hitters doing damage to his opponents and mopping up messes along the way.

ANC leaders such as Pravin Gordhan and Bheki Cele tried to play that role but this was not strategically planned.

For much of the campaign, Ramaphosa seemed to be a one-man show.

Dlamini-Zuma on the other hand has a gallery of deplorables on her side, including the ANC youth and women's league leaders Collen Maine and Bathabile Dlamini, as well as accomplished schemer Carl Niehaus.

Many of the people in Dlamini-Zuma's rag-tag army did damage to her campaign but they also helped drum up support and reach out to ANC delegates on her behalf.

The biggest flaw in Dlamini-Zuma's campaign is her failure to distance herself from the state-capture network and numerous scandals that enveloped the ANC and country.

Dlamini-Zuma allowed the perception to prevail that she is an extension of her former husband, President Jacob Zuma.

Both candidates' biggest selling points are the perceptions against their opponents - not their own attributes.

Ramaphosa has gained support from people who are fed up with the looting clique and are desperate for the ANC to be salvaged from the ruin it suffered under Zuma's leadership.

Dlamini-Zuma is supported by those who benefit from the status quo and want to protect their interests. They fear they would lose access to power and resources if Ramaphosa were to become president.

Surely there were better ways for this battle to have been fought and won.

The fact that the race remains too close to call means both camps failed to secure the clincher but also blundered heavily along the way.