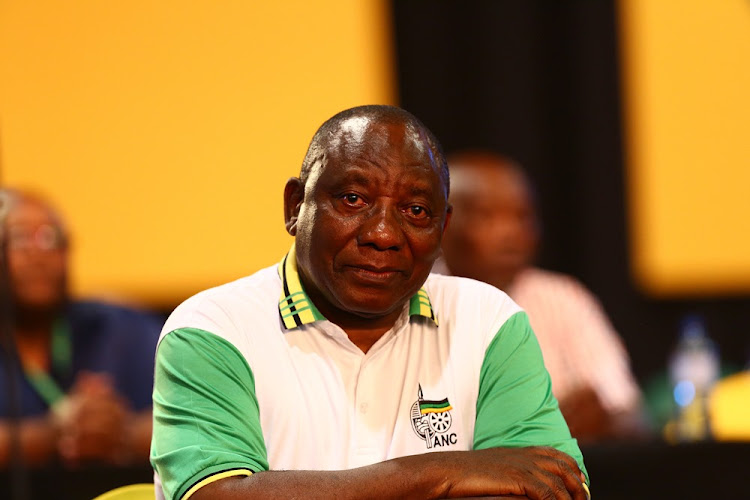 An emotional Cyril Ramaphosa after being announced as the new ANC President during the 54th ANC National Elective Conference held at Nasrec.
Image: Masi Losi

It took Cyril Ramaphosa 20 years to ascend to the position he had always desired.

But the real victors are the power barons who played a tactical game to use the support of their provinces to rise to the top leadership of the ANC.

Ramaphosa takes over as the ANC’s 13th president at a time when the organisation is under serious strain‚ requiring a strong cohort of like-minded leaders around him to support a massive operation of reform and restoration.

Immediately after winning the heated battle against Nkosazana Dlamini-Zuma on Monday evening‚ Ramaphosa was dealt a blow when his deputy was announced.

Mpumalanga leader David Mabuza ran a shrewd campaign to manoeuvre into the second most powerful position in the ANC. He was the candidate for deputy president on the Dlamini-Zuma slate and used the guise of “unity” to trade the support of his province and win the deputy presidency.

Watch the moment Cyril Ramaphosa was named as the ANC’s new president at the national elective conference at Nasrec, Johannesburg on Monday night.
Politics
4 years ago

Perhaps the most stunning victory was Free State leader Ace Magashule’s election as secretary-general‚ beating Ramaphosa’s preferred choice‚ Senzo Mchunu‚ by only 24 votes. Magashule is closely associated with the Gupta family‚ who are now able to retain the grip they had on the ANC when Jacob Zuma was president. Gauteng leader Paul Mashatile is the ANC’s new treasurer-general.

Mabuza and Magashule were key members of the “premier league” that cushioned the Zuma presidency.

Last-minute horse-trading between the provincial chairmen as voting got underway on Sunday ensured that three of them now occupy positions in the top six. They now become the power barons in the ruling party.

It is the first time KwaZulu-Natal‚ the ANC’s biggest province‚ has no representation in the top six.

ANC Eastern Cape Chairperson Oscar Mabuyane has lauded the outcome of the ANC’s national conference‚ saying it will see the end of factionalism.
Politics
4 years ago

Jessie Duarte‚ nominated by the Dlamini-Zuma camp‚ retains her position as deputy secretary-general.

Ramaphosa now faces an enormous challenge to implement the promises he made in his election campaign and run a clean-up campaign in the ANC.

His job will be made all the more difficult due to those who now serve with him as ANC officials. His safety net might be the configuration of the national executive committee and whether he holds the balance of power there.

Rumours that President Jacob Zuma has instructed the South African National Defence Force to draw up plans for implementing a state of emergency may ...
Politics
4 years ago

Reactions were mixed as the ANC announced that Cyril Ramaphosa had beaten his rival Nkosozana Dlamini-Zuma in the race for the presidency. Many were ...
Politics
4 years ago