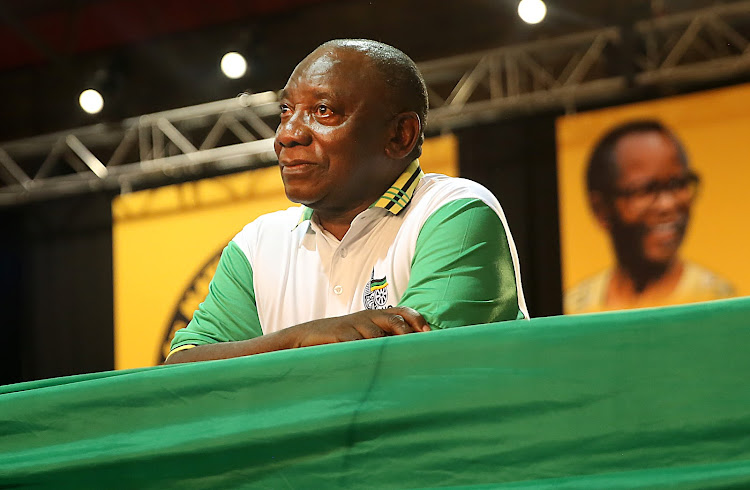 Who will be South Africa’s next president?  With Deputy President Cyril Ramaphosa giving a clear indication in television interviews on Sunday that the ANC is about to confront the issue of President Jacob Zuma’s future‚ the question arises of who will be the new Number One.

There is speculation that Ramaphosa might not immediately replace Zuma because it could impact on his ability to serve two terms as president if he steps in before the 2019 elections.

The South African constitution has a two-term limit for the presidency.

This speculation is however unfounded as the constitution has a specific clause on such an eventuality.

“No person may hold office as President for more than two terms‚ but when a person is elected to fill a vacancy in the office of President‚ the period between that election and the next election of a President is not regarded as a term.”

Ramaphosa is therefore free to become president immediately once Zuma is removed.

These are confusing times for South Africa’s political opposition. A national election is due in just 17 months and most, if not all, these parties ...
Ideas
4 years ago

In order to implement his priority tasks‚ such as dealing with state capture and stabilising the economy‚ it is necessary that Ramaphosa gets going straight away. With the ANC also in danger of losing its majority in next year’s election because of the damage done under Zuma‚ the party will need to provide evidence to the electorate on the campaign trail that change is underway.

It would be also cumbersome for Ramaphosa‚ as leader of the ANC and deputy president of the country‚ to give instructions to a placeholder president who would be his junior politically but superior in government.

Many people are comparing Zuma’s removal to what happened with former president Thabo Mbeki in 2008.

However the circumstances are different now.

Zuma was not a member of parliament when Mbeki was recalled and therefore would have needed to be sworn in to take the job.

Zuma exit 'delicate' but on the cards - Ramaphosa

ANC president Cyril Ramaphosa on Sunday gave his strongest indication yet that President Jacob Zuma’s days as the country’s president were numbered‚ ...
Politics
4 years ago

He was also an accused person at the time after the former Scorpions unit served him with an indictment on racketeering‚ money laundering‚ corruption and fraud charges a few days after he was elected ANC president in Polokwane in December 2007.

Then ANC deputy president Kgalema Motlanthe was an MP as well as minister in Mbeki’s government so the NEC decided it was best for him to step in as president. Motlanthe abided by the ANC decision that he should be president for nine months and agreed to make way for Zuma in 2009.

The acting NPA head at the time Mokotedi Mpshe withdrew the charges against Zuma a month before the 2009 elections‚ thus allowing him to become president.

The situation is different now. With Ramaphosa already in parliament and the presidency‚ there can be a smooth handover of power.

The ANC will discuss the issue of “leadership transition” at a national executive committee meeting on Thursday and Friday‚ several NEC members have confirmed.

Ramaphosa asked the NEC at its inaugural meeting in East London last week to hold over the discussion. An increasing number of NEC members‚ including some in the Zuma camp‚ believe the matter needs to be dealt with to begin the ANC’s recovery process.

The Presidency has denied reports that President Jacob Zuma had demanded during a meeting last week with his deputy and newly-elected ANC president‚ ...
Politics
4 years ago

In an interview with eNCA on Sunday‚ Ramaphosa gave strong indications that the “delicate” matter was coming up for discussion but cautioned that Zuma should not be humiliated.

“Whatever we do‚ we need to deal with this matter with the level of maturity it requires‚ with the proper decorum‚” he said. “And I would say we should never do it in a way that is going to humiliate President Zuma.”

“We should never do it in a way that is going to divide the nation‚” he added.

Although a decision to remove Zuma could be taken at the NEC meeting this week‚ his departure might not be immediate. Ramaphosa is leading the South African delegation to the World Economic Forum in Davos‚ Switzerland next week so it might be rather bizarre for him to become president and immediately leave the country.

If Zuma agrees to resign‚ the transition could occur over the next few weeks.

In his speech at the ANC rally in East London on Saturday‚ Ramaphosa identified the fight to tackle state capture and corruption as priority tasks and flagged a shake up in the higher echelons of government‚ particularly in the security and prosecution services.

So it appears “President Ramaphosa” is on his marks and ready to go.