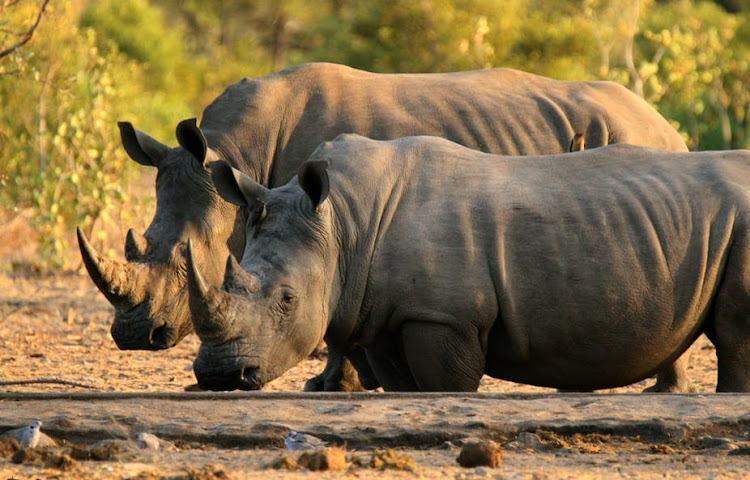 Any fall in the numbers is welcomed, but it’s the fifth year running that over 1000 rhinos were killed.

TRAFFIC, the international wildlife trade monitoring group, states that 5476 rhinos were killed in South Africa over a five year period. This is from an estimated rhino populations at the end of 2010 of 18 796 white and 1916 black rhino in the country. South Africa has about 93% of the world’s white rhino population and 40% of its black rhinos.

Though recorded deaths have dropped for three years in a row, there is still a crisis on hand. Tom Milliken, TRAFFIC’s Rhino Programme Leader, said:

The marginally lower total in 2017 still remains unacceptably high and with close to three rhinos illegally killed in South Africa every single day…the crisis continues
Anti-poaching operations in the world famous Kruger National Park have achieved considerable success. But rhino poaching has soared in KwaZulu-Natal and several other provinces. The Kruger has increased patrols, the size and sophistication of anti-poaching units and worked with the South African army to secure the areas with the largest rhino populations, but smaller parks and reserves do not have the resources to do this.

The biggest danger is that poaching is changing focus by moving from concentration on the Kruger National Park to other provinces and reserves, which lack Kruger’s resources. This is a major threat as it stretches the limited anti-poaching capabilities outside a park like Kruger and demonstrates the flexibility of the poaching networks.

Successes in the Kruger but failure elsewhere

Minister Molewa praised the efforts in the Kruger Park, the biggest single site of poaching. A total of 504 rhinos were poached there in 2017, down from 662 in 2016, according to Molewa. But she said poaching in other areas of the country was becoming more serious than before. In particular, there are concerns about rhino killings in KwaZulu-Natal, Northern Cape, Mpumalanga, Free State and North West.

While rhino poaching had declined in the Kruger, elephant poaching was on the rise. In 2017, 67 elephants were killed compared with 46 in 2016 and 22 in 2015. The reason is that an intensive protection zone has been established a couple of years ago, in central and southern areas of the park where rhinos are concentrated. Elephant poaching has risen outside the zone, where poaching syndicates can no longer easily kill rhino and so poach elephants.

A provincial breakdown shows that rhino poaching was down in Kruger but up in the rest of Mpumalanga province it was up by 54% to 49 killed; it was up 37% in KwaZulu-Natal (222 rhinos); 72% in North West province (96 rhinos) and 100% in Northern Cape (doubled to 24 killed). In KwaZulu-Natal, the vast majority of the 222 rhino killed up from 162 in 2016 were government-owned rhinos on smaller national parks or reserves away from Kruger. Less than 5% were killed on privately owned reserves.

Molewa pledged to keep working to fight poaching and smuggling and to learn from past mistakes. But she made scant reference to areas that need urgent attention – corruption and mismanagement.

Milliken pointed to the dysfunctional National Prosecuting Authority and Crime Intelligence division of South Africa’s police, two of the country’s main crime fighting institutions. Poachers are frequently caught but the organisers rarely traced or if they are prosecutions are slow and sentences light.

Cathy Dean, CEO of the British based Save the Rhino NGO is particularly concerned about the KwaZulu-Natal poaching crisis and the failure of the justice system. The inability to do anything to speed up the prosecution of alleged poaching kingpins who have been charged with poaching but not come to court, like Hugo Ras, Dawie Groenewald, ‘Big Joe’ Nyalunga and Dumisani Gwala, whose trials have been repeatedly delayed by incompetence in the justice system or the seeming lack of enthusiasm of the law enforcement and prosecuting authorities to make it a priority is concerning.

Corruption and mismanagement in the Hluhluwe-iMfolozi Reserve in KwaZulu-Natal have been alleged and blamed for the failure to cope with the rise in poaching there, with under funding and staff morale major issues. Sources within the park have told me and local conservation NGOs that anti-poaching units are being stopped from patrolling poaching hotspots at particular times; and staff and South African conservation NGOs have raised concerns about financial irregularities.

Two years ago, the head of KwaZulu-Natal Ezemvelo Wildlife (which manages the park), David Mabunda, referred to the huge problem of: increasing levels of corruption among our ranks, the police, immigration officials and other law enforcement … The number of corruption cases in wildlife management is making our efforts to achieve success more difficult.

It doesn’t seem like much has been done at all to curb corruption in the park as reports of corruption keep surfacing.

No cause for complacency

The fall in the number of rhinos killed should not be rejected as meaningless. It shows that strong, well-funded local action can work. But this should not lead to complacency. Poaching networks and the smuggling rings linked to them are flexible and feed off incompetence, mismanagement and corruption.

These problems are at the heart of politics, national and local government in South Africa. Until they are cracked, the killing will go on.