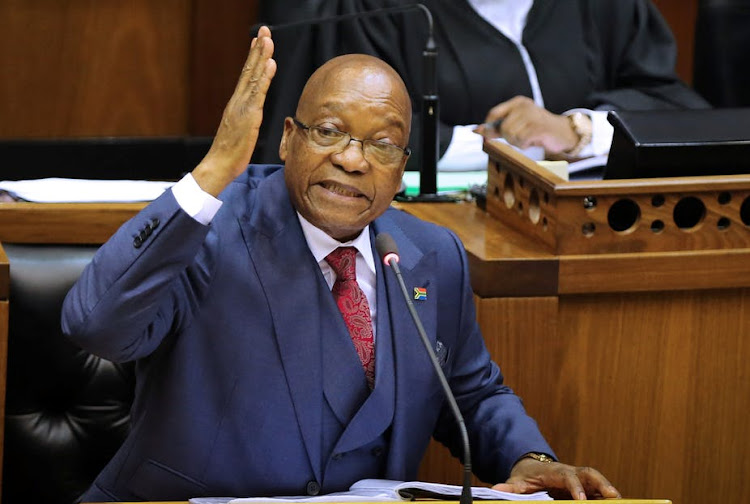 South Africa’s President Jacob Zuma is resisting attempts by his party, the ANC, to force him out of office.
Image: Reuters/Sumaya Hisham

South Africa’s President Jacob Zuma is digging in his heels and refusing to relinquish the top job despite mounting pressure from his own party, the African National Congress.

His determination to stay put is being widely condemned by a range of South African voices. But there’s a case to be made that his reluctance is doing South Africans a favour as it is forcing them to clarify various constitutional and political issues. Most obviously, albeit inadvertently, he is asserting the supremacy of parliament over the authority of the party.

Because the top leadership structures of the ANC are divided – including the top six where it seems that only four want him to leave office immediately – Zuma is exploiting what wriggle-room he has left. He’s effectively saying that the forces ranged against him aren’t convincing enough, and that he still has considerable support within the party.

In other words, he is daring the ANC leadership to put a motion of no confidence to the National Assembly and to use the party’s majority to vote him out of office.

His gamble is this: he can survive such a motion if it is put by an opposition party because to support an opposition motion would prove hugely embarrassing to the ANC. The speaker of parliament has already put down a motion of no confidence tabled by the opposition party, the Economic Freedom Fighters (EFF), for discussion after the budget speech on February 22.

From being asked to resign and clashes outside Luthuli House to postponement after postponement, it has been a turbulent week for President Jacob Zuma.

For the ANC to put down its own motion, and then try to ensure it received a majority, would all take time, time, time. And that’s what Zuma wants so that he can rally his supporters, convince waverers that he still has some clout, and maximise his bargaining power.

If the party’s new president Cyril Ramaphosa could manage to secure a clear majority of the ANC’s national executive committee (it’s highest decision making body in between elective conferences) asking Zuma to resign, then it is conceivable that Zuma might accede to leave office. But more likely, he would continue to force the ANC to resort to parliament.

And even if he were to step down at the very last moment, his behaviour is reminding South Africans where, ultimately, the power to elect and depose a president lies, and that is, with parliament.

Zuma has already survived umpteen votes of no confidence brought about by opposition parties. Not enough ANC MPs have ever voted with the opposition to carry the motion.

In the last event, a small minority of ANC MPs used the cover provided by a secret ballot to vote in favour of the motion (or to abstain). But the large majority voted for Zuma to stay in office. At the time, they could use the excuse that the ANC’s national conference was coming up and that it was the appropriate place for the leadership issue to be decided. But now that has passed, Zuma’s favoured candidate has lost, Ramaphosa has triumphed, and he now wants the President to resign. What excuse would the ANC MPs have for not supporting the opposition motion this time round?

The justification that they cannot be expected to vote for a motion put by the EFF is morally and politically threadbare. What is Ramaphosa going to do? Argue that internal ANC unity matters more than the needs of the country? What would the popular reaction be to the ANC in effect voting for Zuma to stay in office?

Frankly, the ANC’s cover would be blown.

The role of MPs

Beyond the immediate issue of Zuma, South Africa’s political parties need to debate what they expect of MPs. There was much talk prior to the previous vote of no confidence for the need for ANC MPs to display their ‘integrity’, a code word for them to break party lines and vote for the opposition. In other words, it was suggested that MPs should resist acting like party cyphers. Yet, in the ANC’s eyes, its MPs are ‘deployed’ to parliament, and have to obey party dictates. Little or no room is left to individual conscience. 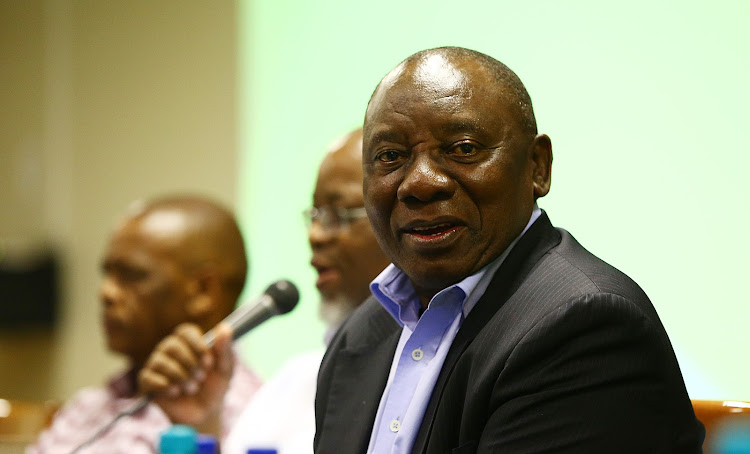 Historically the tradition in parliamentary systems has been that certain issues, often relating to human rights, are resolved by party whips allowing MPs to vote according to their individual consciences. In South Africa, political parties have largely been spared potential conflicts over divisive issues such as the death penalty because they’ve been resolved by the Constitutional Court.

This has meant that, since 1994, MPs have largely been kept in party line because of the threat of being disciplined by their parties. The ultimate threat is their dismissal from the party which in turn means being kicked out of parliament. This follows largely from South Africa’s adoption of a party list proportional representation system. In contrast, in constituency based electoral systems, for instance in the UK, MPs are accountable downwards to voters in their constituencies as well as upward to their party bosses in parliament.

This means that MPs in South Africa are unlikely to put the interests of the people (the voters) above those of their party. This issue is not satisfactorily resolved, as the ANC likes to say it is, by voters having given the majority party most votes at the previous election.

Alas, political life is more complicated than that.

Voters want accountability as well as representation. While most South Africans understand the need for proportionate representation of political parties in parliament, there is nevertheless a substantial hankering for MP’s to be more accountable to the voters.

There is a widespread argument that a change to a mixed member proportional representation scheme would square this particular circle. Some MPs would be elected from multi-member constituencies (with from three to seven MPs as recommended by the Van Zyl Slabbert Commission on the electoral system) while others would be elected from party lists to bring about overall proportionality. This would mean that South African could be able to identify particular constituency MPs who had particular responsibilities to represent them.

In turn, this would mean that MPs would have to consider more than the interests of party bosses when casting their votes.

It is certainly an attractive idea, and is one which needs a proper airing. Whether practice would match electoral system theory is another matter. For all their numerous faults political parties can’t be dispensed with; nor can they be expected to operate without exerting discipline on their representatives in parliament.

At the same time, citizens want to be represented by individuals who are more than party donkeys.

South Africans need to debate in what sort of circumstances they expect or make allowance for MPs to deviate from the party line. But they need to recognise that there is an inherent ambiguity in the role of MPs: at times, they are faced by conflicting obligations, simultaneously to party versus people. Accountability demands that they justify their decisions.

Ironically, Zuma is banking on that ambiguity, while hoping that ANC MPs duck the need for accountability.