Mampara of the week: Johann Rupert 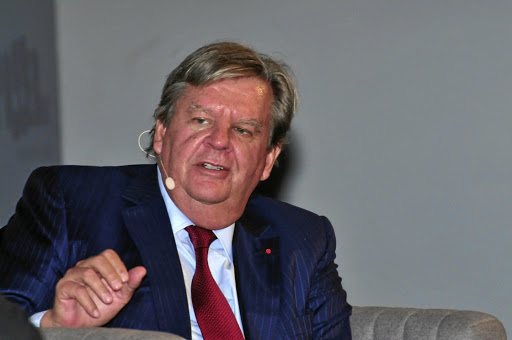 Growing up was very, very, very, VERY tough. Papa gave you lots of toys, but never quite enough. You once asked him to buy a place called Germany. But the old boy made you settle for Italy.

Then you wanted a little French château. He told you to be happy with a mansion in Bordeaux. There was also the question of a superyacht.

Papa said: that kind of small change I have not got. Papa grew his money from making people smoke. Now they want their money back, what a joke! Folks make nasty jokes about your hefty chin. But when you're very rich, you never need be thin.

You met a guy called Biko and you two had a drink. It was then that you told him how he must think. Now these clever blacks buy buckets of champagne.

Don't they know luxury is the Rupert domain?

Johann Rupert and the interview that went so wrong

Johann Rupert's interview with Given Mkhari during the annual Chairman's Conversation has outraged many South Africans.
News
3 years ago

It might not delight those who see Stellenbosch as the crucible of white monopoly capital‚ but one of the Western Cape town’s scions has won ...
Business Times
3 years ago

Twitter is helluva angry with billionaire Johann Rupert - here's why

Billionaire Johann Rupert caused outrage on Twitter after eyebrow-raising interview with Given Mkhari.
News
3 years ago