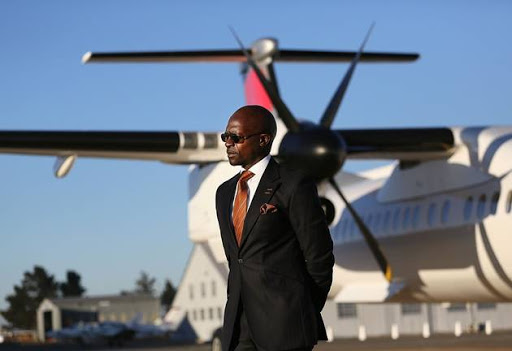 Former home affairs minister Malusi Gigaba was a regular mampara in 2018, but will he make the cut for the mampara of the year title?
Image: ALON SKUY

Last year uBaba kaDuduzane deservedly walked away with the prestigious title of Mampara of the Year.

Former president Jacob Zuma is already a lifetime achiever when it comes to this award, so this year we decided to exclude him for the list. However, our readers are still spoiled for choice, with a number of Zuma's former henchmen making the list.

This year we've narrowed it down to these top 10 candidates (scroll to the bottom to vote):

The former Sars commissioner is fighting for his job despite overwhelming evidence that he destroyed the organisation. He made it to the Mampara list after it emerge that he instructed a Sars official to fake a sickness so not to give evidence against him.

Manana was fired by Zuma after he was once again accused of assaulting a woman.

No one has won the Mampara accolade more this year than the public protector. Remember when she threatened to lay criminal charges against Hogarth (LOL)?

No list would be complete without the former home affairs minister who showed off his Gigabyte this year.

The ANC women's league general-secretary made the list when she tried to intimidate our colleague by sending her a photo of a toy gun.

The billionaire made of fool of himself with the assistance of Given Mkhari when he insinuated that black people were bad with managing their finances. Needless to say social media was not impressed.

Catzavelos exposed himself as a racist with a now infamous video.

This year Mentor confirmed what we suspected - that she is no reliable witness.

The EFF deputy president assaulted a journalist and was exposed as having allegedly benefited from the VBS Mutual Bank looting.

Now it's up to you. Choose your Mampara of the Year by voting in our poll below!

Nominations close at midnight on December 26. The winner will be announced on December 30.

Sunday Times 2018 Mampara of the Year

Note: Click here if the poll does not load automatically