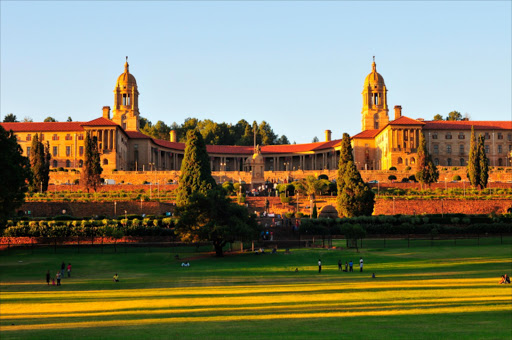 Tshwane was one of the key metropolitan councils the ANC lost control of. File photo.
Image: Gallo Images/Thinkstock

For many years after the dawn of democracy, most South Africans appeared to misunderstand the purpose of local government elections. Voting patterns in these elections mirrored those in national elections as people generally voted along the same lines. Each local government election returned the ANC to power in most municipal councils and provincial legislatures despite the party's dismal record at this level of government.

It is not difficult to see why, with the exception of Cape Town and some smaller councils in the Western Cape, the ANC kept being voted back into power with landslide victories. For many voters, these elections were just another platform to ensure that the ruling party maintained its hegemony. So they voted for it even though it kept disappointing them by failing to deliver basic services.

Elsewhere in the world local council elections are less about political ideologies, national leaders or global policy issues, and more about the capacity of individual candidates. Local elections are supposed to be about bread-and-butter issues. Voters back whoever they believe is most likely to deliver basic services - fixing street lights, filling potholes and ensuring an uninterrupted supply of water and electricity.

Like all democracies, ours had to mature. And after voting along party lines in the first five local government elections, this trend changed in 2016.

The ANC lost control of key metropolitan councils, including the country's economic hub, Johannesburg. It also lost Tshwane and the Nelson Mandela Bay metro in Port Elizabeth, and found its majorities in many smaller councils greatly reduced.

Because no single party won an outright majority in these three major metros, the biggest parties were forced to negotiate with each other and bring the smaller parties to the negotiating table to form a government. SA witnessed the birth of coalition politics, something new for the country and a development that somewhat restored our hope in local government.

Many hoped the 2016 election results would send a strong message to all political parties to start working together for the good of the communities they serve. After all, none of them had garnered enough votes to govern. But our hopes were dashed.

In Tshwane and Johannesburg the DA, through an arrangement with the EFF, secured the mayoral chain. In Nelson Mandela Bay metro, through an arrangement with the UDM - which had won just two seats - the DA's Atholl Trollip was elected mayor and the UDM's Mongameli Bobani became his deputy. This marriage of convenience did not last long. Following bitter infighting between the coalition partners, the DA was replaced by the UDM as the leader of the Port Elizabeth administration.

This week Bobani, who had been mayor since Trollip was removed, was frogmarched out of the mayoral office. Meanwhile in Johannesburg the DA was losing its control of that metro as the smaller parties voted with the ANC to elect Geoff Makhubo as mayor. There is now a real expectation that the DA will soon be ousted in Tshwane as well.

It has been a chaotic three years for these three councils. While coalition politics are the future of this country and are going to be with us for a long time, if the various parties fail to learn to work together the ratepayer will be the biggest loser. What happened this week shows what the future holds for ratepayers. When coalition partners fight, it is service delivery that suffers, as many residents of Johannesburg, Port Elizabeth and Tshwane can attest.

Voters can no longer fold their arms and hope for miracles. As ratepayers, we hold our future in our hands. Politicians do not care about the people they are supposed to serve, only about themselves, and how they can advance their careers. If they did care about the ratepayer, Bobani would never have become mayor of Port Elizabeth.