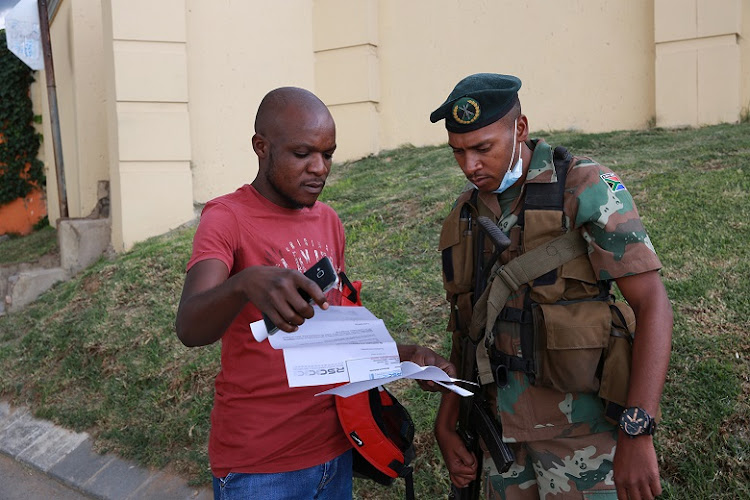 Is the Covid-19 pandemic an opportunity for government to transform SA's economy?
Image: Thapelo Morebudi / The Sunday Times

Among the many extraordinary moments in the ANC’s long history was the release of Neslon Mandela in 1990 and the liberation of the country in 1994.

The first occasion signaled the final dash towards freedom, while the second created the possibility of transforming the state from slaver to guardian of human dignity.

The time of the Covid-19 pandemic could be another landmark if fully seized.

However, the old order and its allies had a different agenda: give up the reins of government but fortify their grip on the economic status quo. The dominant global neo-liberalism was their ally and demanded that the ANC government uphold property rights and the free market economy – properties acquired through theft and wealth gained through slavery.

The ANC used state power to provide services, such as modest housing, access to healthcare and educational opportunities for the indigent population. These basic reforms were not accompanied by gigantic retooling of the productive sectors of the economy. Instead, the unfiltered opening up of the economy to the cold winds of global markets devastated industries such as textiles and institutionalised anemic jobless growth.

This post-colonial strategy made vital contributions to the undoing of apartheid’s social and spatial ordering, but the gap between rich and poor expanded even further despite a fraction of Africans joining the well-heeled.

To live like the master requires multitudes of servants, and that is what has become of the dream. What has been missing is the construction of one nation strategy whereby the elite and the masses are resolute in their commitment to eradicate poverty and reverse obscene inequality.

The first two presidents maintained their integrity and those of the institutions of the Republic. Nevertheless, there were awful undercurrents in the party bent on using the public sector for personal gain.

The tide turned in the latter’s favor in 2009 under Jacob Zuma’s leadership, and a decade of looting and institutional destruction ensued. Those at the very top watched the carnage at close range but failed to utter a public whisper.

Miraculously, the voice of some of the political opposition and civics, the diligence of  the public protector, and the extraordinary independence of the judiciary forced the ruling party to remove Zuma from power.

President Cyril Ramaphosa restored some dignity and competence, but the rot in the party remains deep.

An effort has been made to clean the mess, but the damage to major state-owned enterprises (SOEs), which are key to economic rejuvenation and the fight against neo-liberalism’s final assault, continues.

Sadly, the Ramaphosa government appears wedded to a neo-liberal strategy and there are valid worries that it might auction off most SOEs. Such a move will allow white capital and their black comrades to tighten the noose on the indigent population, naturalising the horrid legacy of apartheid.

Covid-19 landed on the shores of a country ill prepared. But Ramaphosa demonstrated high quality leadership as his government preemptively responded with alacrity.

However, the virus uncovered the poverty and squalor in which the majority of South African live. It was ironic that Ramaphosa was shocked when he encountered inhumane conditions in an informal settlement in the Free State during the recent anniversary of the ANC.

Nearly three decades after liberation, Stats South Africa shows that 56% of the population live in poverty. If the ANC had any conscience left in its soul, the president’s encounter would have shuddered whatever is left of its moral foundation, but the celebrations went on uninterrupted until Covid-19 showed up.

The national mobilisation of the entire population against the virus, and the ensuing social solidarity, affords the country the chance to defeat the disease. However, it will be the height of folly to go back to business as usual and ignore apartheid’s deep deficit, which neo-liberalism and corruption has reinforced.

As troublesome as the times are, this offers Ramaphosa and the ANC an ephemeral opportunity to rediscover its soul by shedding the delusion of neo-liberalism and focus on building a productive economy that will offer real and dignified work and livelihoods.

It is astounding to see how worried the establishment is about the international credit agencies downgrading South Africa. The same elite never misses a beat thinking about millions of South Africans deprived of basic needs. Similarly, the ANC and the government has failed to inquire why the Chinese SOEs are profitable while ours flounder.

The massive disruption induced by Covid-19 offers Ramaphosa, his team, and the country an extraordinary opportunity to turn the economic soil inside out. This is not some crazy counsel, but a sensible one that rebalances profits and people’s livelihoods.

The first step in such a task is to rewire the SOEs in such a way that they become profitable, but meanwhile offer their employees a stake in the enterprises through a profit/loss sharing scheme with the state.

Simultaneously, the SOEs must be prohibited from running at a loss for two consecutive years at a time. Skilled and ethical management must be given full professional autonomy.

Second, the government must urgently reassess its neo-liberal trade policy, and do everything conceivable to champion the local production of goods to satisfy the needs of the vast majority of citizens.

Third, a progressive land reform policy need not engender economic dislocation if the huge farms are transformed into shareholding enterprises for all the “people who work the land”.

To break the back of obscene poverty, South Africa requires a radical social settlement. This is the only real option. Otherwise, the long walk to freedom would have been in vain.

SA's trade and industry minister Ebrahim Patel is calling for a measured approach by all roleplayers on the economic impact of the Covid-19 pandemic ...
Politics
2 years ago

When India Arie said I am not my hair, she was clearly not talking about life under the Covid-19 pandemic. For centuries, hair has been politicised ...
Ideas
2 years ago

OPINION: Dear smokers, the war is not against you but Covid-19

Celebs, like much of the nation, are divided on the ban, but I think we need to take a minute to breath
TshisaLIVE
2 years ago