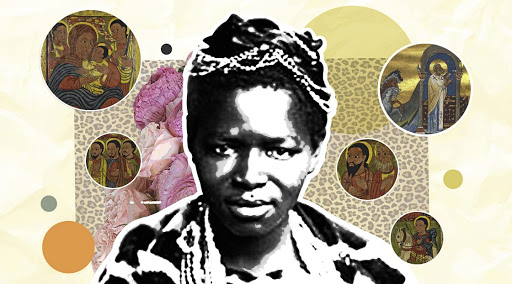 The challenge in writing about historical figures such as Charlotte Maxeke is that her story requires that we do more than write about her but challenge the paradoxical hypervisibility in this moment, says the writer.
Image: Nolo Moima

On June 12 1920, Charlotte Maxeke’s letter to the editor was published in Umteteli waBantu.

She wrote the letter in Xhosa with the title Ukubiwa kweLeague yiCongress eKomani (The hijacking of the League by Congress in Queenstown). The letter provides evidence of Maxeke’s anger as the president of the Bantu Women’s League (BWL) towards the South African Native National Congress (SANNC, which was referred to as Congress; the present-day ANC) and the ways in which it sought to undermine the work of the BWL.

I invoke this letter as evidence relating to historical claims about Maxeke’s legacy in relation to the ANC.

In April we commemorated Maxeke, and I was often dismayed by the ways in which the current ANC has used her legacy as though the BWL was the precursor to the ANC Women’s League.

This was further entrenched in Panashe Chigumadzi’s essays (published on April 18 and 25) in this newspaper. In describing Maxeke, she writes in the first essay, “they will tell you [Maxeke] is the ‘mother’ of the ANC Women’s League, having been the founding president of its forerunner, the Bantu Women’s League, the first black women’s political organisation”.

In the second essay she continues to describe Maxeke as the “president of both the ANC Women’s League and the AME [African Methodist Episcopal] Women’s Mite Missionary Society”.

This is historically dubious. Not only did Maxeke resist the ways in which the Congress tried to co-opt the efforts of the BWL as far back as 1920, Frene Ginwala (former speaker of parliament) has written about the relationship between the BWL, the SANNC (which I shall refer to as the Congress) and what later became the ANC’s women’s section, which is the precursor to the ANC Women’s League as a formation.

In the second half of this essay by Panashe Chigumadzi, we see the full flowering of Charlotte Maxeke.
Opinion & Analysis
9 months ago

In the efforts to commemorate Maxeke, it seems she may still be crying from her grave: ukubiwa kweLeague yiCongress. I have watched with mixed emotions as Maxeke’s name has finally become part of public discourse.

On the one hand there is the joy of seeing the work of Dr Thozama April getting the attention it deserves. April completed the first PhD focusing on Maxeke’s political and intellectual legacy in response to the erasures she saw in the archive as far back as the 1990s, when she was a student.

In a conversation hosted by The Forge in the wake of Maxeke’s birthday, I had the privilege of being in conversation with both April and Zubeida Jaffer (author of Maxeke’s biography, Beauty of the Heart), who gives April her flowers by acknowledging that she would not have been able to write the biography without April’s work. However, Chigumadzi fails to acknowledge Jaffer in her essays.

In erasing Jaffer, I was struck by how Chigumadzi also rewrites history in spite of the efforts of historians such as Ginwala, Julia Wells, Cherryl Walker and Shireen Hassim, to name a few.Making claims about the BWL being the precursor to the ANCWL also undermines Maxeke’s own efforts in organising outside of the Congress, not only with the establishment of the BWL in 1918 but later with the establishment of the National Coalition of African Women in the 1930s, before her death in 1939.

A peer and poet

When I came across Maxeke’s letter in Umteteli waBantu in 2017, I wrote a longer academic article, “The Politics of the 1920s Black Press: Charlotte Maxeke and Nontsizi Mgqwetho’s Critique of Congress”. In the article I placed Maxeke in conversation with Mgqwetho, a poet who in the 1920s published in Umteteli waBantu and was a peer of Maxeke.

My intention in writing about Maxeke and Mgqwetho together is that often when Maxeke is remembered, she is written about in relation to her male peers rather than the women she worked alongside.

It seems bizarre to imagine that someone who was deeply invested in the lives of women and children would have done so single-handedly and without the help of women like Daisy Nogakwa, M Manana, A Sishuba, C Moloi, A Mebalo, N Dhlamini, M Pitso and Grace Lentaka. They all worked alongside Maxeke during the inter-departmental pass committee on behalf of the BWL.

The challenge in writing about historical figures such as Maxeke is that her story requires that we do more than write about her but challenge the paradoxical hypervisibility in this moment. By paradoxical hypervisibility, I am borrowing from professor Pumla Dineo Gqola’s work in her book, What is Slavery to Me? Postcolonial/Slave Memory in Post-Apartheid South Africa.

Dineo Gqola cautions against the simplification of history and cultural representations. The names of Maxeke’s peers are often in plain sight. Many are visible when reading the black press of the 1920s and 1930s when these women wrote about their work and the newspapers recognised their names on the social as well as the political pages.

I was able to get an understanding of the BWL through reading Ginwala’s article, “Women and the African National Congress 1912-1943” (published in 1990). In this article Ginwala maps out the evolution of the women’s movement from the anti-pass campaign, BWL in relation to women’s membership in the Congress, and the ANC’s women’s section.

Ginwala’s article is the most extensive writing I have seen with regard to the BWL as she points out that “the Bantu Women’s League pursued an independent course, and did not affiliate to the SANNC. Nor did it function as expected.”

This echoes Maxeke’s 1920 lament when she lambasted the Congress for trying to sabotage the work women were doing in the BWL. Ginwala used the work of other historians and historical documents such as the “South African Outlook”, which reported on the BWL’s work.The BWL “made representations to the authorities through delegations meeting with the prime minister and other officials, or appearing before commissions of inquiry”. What Ginwala’s work shows are the historical narratives that gloss over the extensive work done by women through the BWL.

With the establishment of the National Council of African Women after the All African Convention in the 1930s (where Maxeke became the inaugural president, followed by Mina Soga), it is not clear what became of the BWL. This begs for more research that needs to be done to understand Maxeke’s legacy.

In the second half of this essay by Panashe Chigumadzi, we see the full flowering of Charlotte Maxeke.
Opinion & Analysis
9 months ago

In her two-part essay, Chigumadzi provides extensive information that gives us the opportunity to re-read Maxeke within a broader understanding of transatlantic, transnational politics and the firmament of Ethiopianism in SA.

In part 1 of the essay, Chigumadzi writes extensively about the AME church, which reminded me of James T Campbell’s book, Songs of Zion: the African Methodist Episcopal Church in the US and SA, published in 1995. I was impressed that Chigumadzi inserts conversations she had with AME Manyano women, who are often erased from the story about the AME church in this particular case, but more especially in churches such as those of the Methodists, Anglicans and Presbyterians.

While I began this response with a focus on the BWL and how it has been incorrectly co-opted into the ANC, I have also tried to show the challenge of writing and rewriting history.

In a course I have been teaching as a guest lecturer at the University of Cape Town’s historical studies department, I have shared with my students the challenges of writing and rewriting black women’s history in particular. I think of history (the academic discipline we study in schools and university) as a conversation that brings together many threads.

To respond to historiography, as Chigumadzi sets out to do in her essays and her forthcoming doctoral dissertation, it is important for us to show with whom we are in conversation. This makes the discipline far more enriching than to make claims as though one is the first person to discover those claims.

Our debt to Charlotte Maxeke: 150 years after her birth, she's still our mother

Charlotte Maxeke - born 150 years ago this month - is celebrated as a mother figure of the struggle, sometimes at the expense of her radical ...
Opinion & Analysis
9 months ago

The ANC Youth League joins the entirety of our movement in celebrating a life worth emulating, writes ANCYL national convener Nonceba Mhlauli.
Ideas
9 months ago

While women of today deserve equal rights, they can learn a lot from Charlotte Maxeke’s journey
Opinion & Analysis
9 months ago