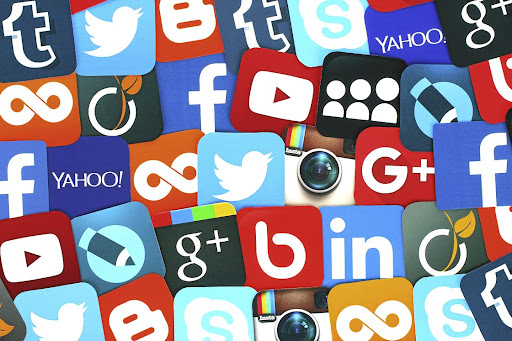 It is indisputable that digital platforms and mobile phones have transformed the lives of the 60% of the world's population that have internet connectivity.

But 21 years into this 21st century we also know that the transformative impact of the internet has a dark side. Society is now confronted by a much more complex situation than had been idealistically imagined when the internet became a more globally accessible network in the 1990s.

Professor Tawana Kupe, vice-chancellor of the University of Pretoria, underlined this point at the launch of the Gordon Institute of Business Science (Gibs) Media Leadership Think-Tank last week: "A pluralistic, diverse media on multiple platforms assists people to exercise their rights and hold the powerful to account. But it also has the potential to enable the spread of misinformation and wreak havoc on an already disrupted world."

A few weeks ago, the Australian High Court - the equivalent of our Constitutional Court - handed down a decision which has sent shockwaves to ...
Opinion & Analysis
1 month ago

The distribution of mis/disinformation at scale has become a clear and obvious danger that needs to be confronted in support of democracy. Terms like "mis/disinformation" or "fake news" have
also been weaponised by digital despots to shut down the internet or use it as a means of surveillance. Some of these despots and ruling parties have been accused of producing some of the mis/disinformation themselves.

Policymakers are now grappling with the unchecked power of social media platforms and how these platforms have dealt with:

Mis/disinformation and the decline of trust in public institutions;

Issues of liability, incitement and hate speech; and

Forced shutdowns by digital despots across the world.

As part of the Gibs Media Leadership Think-Tank launch, I explored these issues with a global panel and focused on potential solutions.

Tips to protect yourself from cyber attacks, as another 1.4m South Africans hit by data breach

Consumers are alerted to free tools on offer to protect themselves from cybercrime, with news this week of a data breach affecting an African Bank ...
News
1 month ago

Dr Anya Schiffrin, director of technology, media and communications at Columbia University's School of International and Public Affairs, said that in 2016 there was a moment of "global panic" that "disinformation online was a real problem".

According to Schiffrin, "the solutions landscape" saw an increase in fact-checking, funding media literacy and building trust in good journalism. On the supply side, some authoritarian governments responded harshly, and fake news laws proliferated across the globe. At the same time, the European Commission introduced innovative legislation which is still being processed.

Schiffrin emphasised that "journalists have been front and centre of this discussion. Journalists didn't create it. It was the tech companies that spread all this garbage and created all these problems. But journalists felt that our job is information, truth and verification.

We have to get involved. Journalists reached for what they had always been doing: if we just build relationships with our audiences, if we provide them with quality information, do good fact-checking and hold these liars to account, then the audiences are going to understand the good stuff and are going to want it."

But despite the Building Trust in Media movement, some of which Facebook funded, Schiffrin argued that "this left Facebook off the hook as they said, 'we'll fund fact-checking, we'll fund media literacy'," when stronger regulatory measures are needed in line with Europe's.

Professor Dario Milo, a leading South African media lawyer and member of Columbia University's Global Freedom of Expression Initiative, said the law is a "blunt instrument to deal with problems of online speech".

But Milo said there was an important debate about whether social media giants should "be treated as tech companies or some version of a media company where there might be far more onerous demands made of them".

Milo explained that any decision to de-platform in SA would have to comply with section 16 of the constitution, which guarantees the right to freedom of expression while excluding protection for categories of harmful speech.

The law of liability for internet intermediaries is still evolving globally, with courts in Australia and elsewhere upholding strict liability for the media.

In the South African context, alleged incitement to violence on social media gripped the country in July with several people charged.

These cases will be watched carefully to see how the courts deal with incitement on social media, freedom of expression and issues of causality and liability.

Shutting down the internet and social media is not an option in SA. The constitution and telecommunications regulatory framework are strong enough to withstand such a drastic curtailment of freedom of expression and access to information rights.

But 10 African countries have shut down the internet and social media this year for reasons ranging from elections to political protest, violent conflict, exams or blatant information control.

However, some are starting to respond to the plight of citizens and take a stand. We are seeing a shift away from merely protecting the interests of business towards better business practice."

What you said: Sexual predators in schools should be locked up for a long time

Many TimesLIVE readers say the best punishment for sexual predators in schools is a long time in prison with no chance of being released.
News
1 month ago

Cipesa has done critical work on calculating the identifiable cost of internet shutdowns and highlighted that economic damage could extend for months after the shutdown, disrupting supply chains and investor confidence and increasing risk premiums.

AfCFTA plans to establish trade links between 1.3-billion people in 55 countries with a combined GDP at $3.4-trillion (about R50-trillion).

For the agreement to be successfully rolled out, AfCFTA will require stable, reliable internet connectivity that is not subject to the political whims of digital despots.

Gambian human rights advocate Fatou Jagne Senghore said there was a need to mobilise against internet shutdowns as a major problem in West Africa.

She has been "encouraged by activism and citizen engagement across the continent for the right to freedom of expression", although there was a need to strengthen the framework.

Personal data, including that of a number of African Bank loan customers under debt review, has been compromised after a cyber attack on debt ...
News
1 month ago

In 2020 there was one successful court challenge against internet shutdowns in the Economic Community of West African States Community Court.

In March this year, the East Africa Law Society launched litigation on internet shutdowns against the Ugandan government in the East African Court of Justice.

But there is still no recourse to a regional court for internet shutdowns after the Southern African Development Community (Sadc) Tribunal was unlawfully abolished in 2011.

Given that the Constitutional Court set aside SA's vote to abolish the tribunal in 2018, the revival of the tribunal is long overdue.

The Centre for Human Rights campaign #ReviveSADCTribunal should therefore be supported by governments, judiciaries and civil society across the Sadc region.

A revived Sadc Tribunal could serve as a bulwark against future internet shutdowns and other human rights abuses.

How SA addresses the tribunal issue and the urgency shown will be a marker of our commitment to human rights, media freedom and Africa-wide trade.

Face it, Facebook, you need to face up to your platforms’ risks to teens

The company is accused of hiding a report on social media’s harmful effects on minors, inviting more backlash
World
1 month ago

SA may not need such solutions right now, but again and again we have seen the truth in the words attributed to the legendary US abolitionist Wendell ...
Business Times
1 month ago