Mampara of the year: Cast your vote now 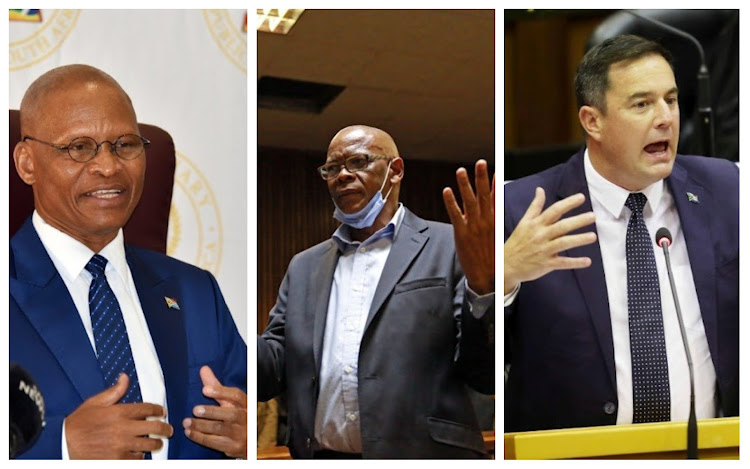 This was another year when politicians, public officials, celebrities and other well-known personalities competed for the greatest outrage.

We invite you, our readers, to vote for the person you believe should be Mampara of the Year.

Here are our nominees:

• Mogoeng Mogoeng: The man of the law, but mostly of the cloth, should be enjoying retirement after seeing out his term as chief justice. But he is spending his time making all sorts of bizarre statements, from questioning the efficacy of Covid-19 vaccines to claiming to have powers to heal HIV/Aids through prayer.

To crown it all, he was ordered by the Judicial Conduct Committee to publicly apologise for his pro-Israeli comments that caused offence in some quarters.

• Ace Magashule: The suspended ANC secretary-general knows how to put his foot in it. Who can forget how the man, who spent the year in out of the Bloemfontein high court on corruption charges involving hundreds of millions of rand, pooh-poohed on the country’s constitution in February.

It was all in defence of Jacob Zuma’s defiance of the Constitutional Court, which ordered the former president to testify at  the Zondo commission. “Don’t worry about the constitution,” Magashule told reporters before declaring the constitution “non-sacrosanct”.

• John Steenhuisen: The leader of the DA has a temper that at times results in him coming across as either tone deaf or out of touch with the mood of the country. He was one of our first Mamparas in January when he complained about the closing of beaches when Covid-19 infections increased last December.

But his handling of the Phoenix poster controversy exposed his limitations as a leader. His party apologised for the posters that appeared to stoke racial tensions but he refused to do so. “I am never going to apologise for calling ordinary South Africans who stand up for law and order ... heroes,” said Steenhuisen. 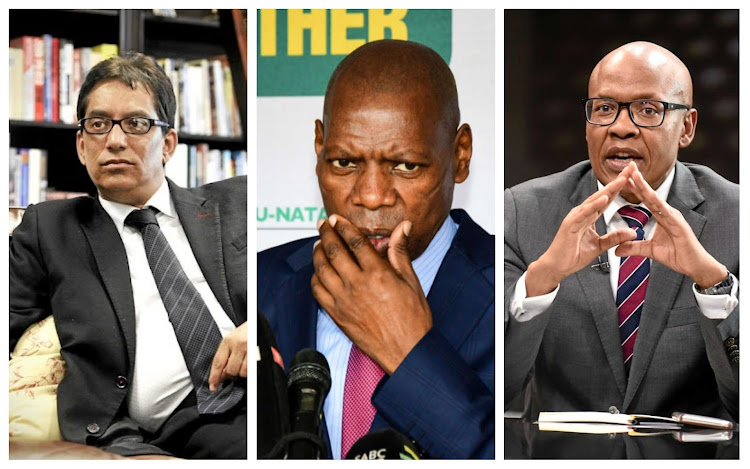 • Iqbal Survé: The owner of the Independent Media group has also been a regular Mampara. First, his company Ayo Technologies keeps on paying dividends from the billions it irregularly received from the Public Investment Corporation.

Then came his special performance after one of his papers, the Pretoria News, made up a story about 10 babies born to a Tembisa woman. Not only did he defend this nonsense, he even launched an “inquiry” that found the report to be misleading. Yet he doubled down and accused the government of orchestrating a conspiracy.

• Zweli Mkhize: In December last year, this man was declared newsmaker of the year by one of our sister publications, which lauded his handling of the coronavirus crisis. Little did we know that he and his cronies, through an outfit called Digital Vibes, were looting public funds meant for Covid-19 awareness campaigns.

A report by the Special Investigating Unit laid this bare and he had to resign in disgrace.

• Mzwanele Manyi: The spokesperson of the Jacob Zuma Foundation opens his mouth only to change feet.

He took buffoonery to new lows when he claimed in September that a judgment of the Constitutional Court finding Zuma in contempt for disrespecting the Zondo commission was unconstitutional because two judges had dissented.

This was after the highest court rejected Zuma’s application for it to rescind an earlier decision that sent him to prison for refusing to appear before the commission. 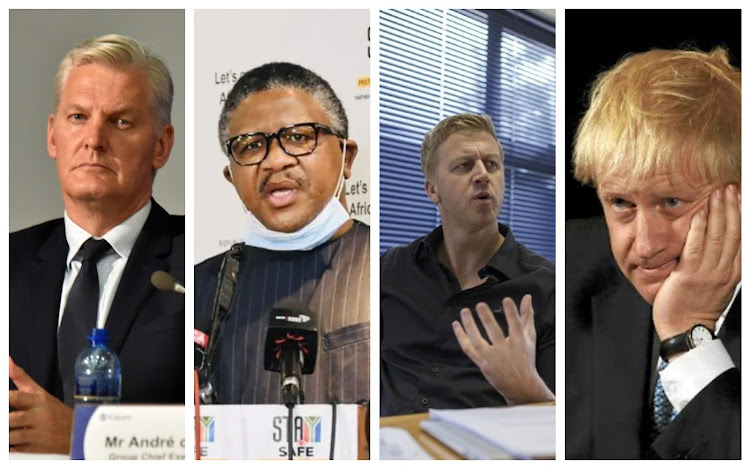 • André de Ruyter: Power cuts are frustrating, so it would help if the person at the helm of power generation did not annoy us with ridiculous analogies while we are left in the dark.

First he agreed to National Assembly deputy speaker Lechesa Tsenoli’s demand in June that parliament be spared power cuts while the country was plunged into darkness. Then in November he showed poor judgment in referring to Eskom as a dead horse.

• Fikile Mbalula: The transport minister is a clownish character. He has styled himself “Mr Fix” but is incapable of fixing anything, such as SA’s rail network. He has an active Twitter account with 2-million followers where he is prone to embarrassing himself. In June he had to quickly delete a dumb tweet. When asked by his followers why the vaccine rollout was so slow, he responded: “People die from Covid while on a vaccine.”

• Gareth Cliff: The shock jock has been fired from almost every job he has held, and it’s not difficult to understand why.

Chicken outlet Nando’s terminated its sponsorship of a talk show he was doing when he and another Mampara favourite, John Steenhuisen, ganged up against One SA Movement spokesperson Mudzuli Rakhivhane after she spoke on the show about her experience of racism.  He told Rakhivhane her personal experiences of racism were anecdotal and unimportant.

• Boris Johnson: Ever since Donald Trump left the stage, this one has ascended to the throne of the world’s most buffoonish leader.

His UK government banned travel to and from SA and other developing nations, accusing them of spreading Covid variants when the truth was that often those variants emanated from Europe and some even from his country.

We leave the final choice to you, the reader.