Who can eat lawn? The appetising case for edible pavements 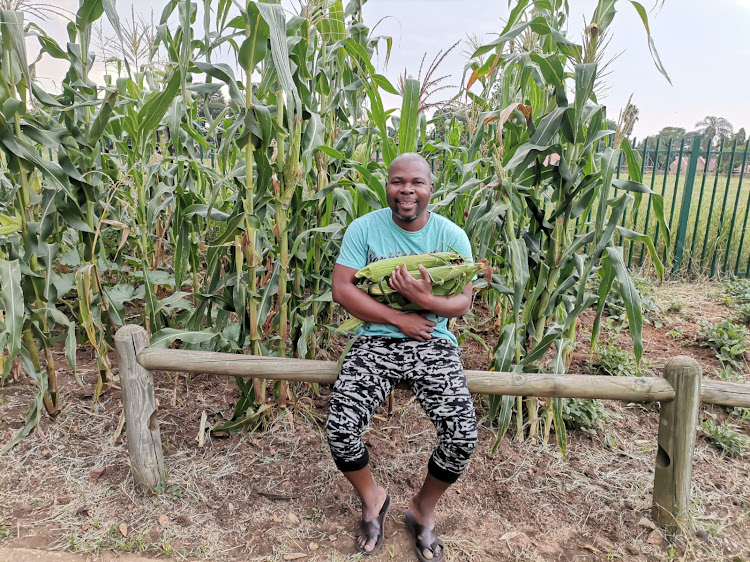 'Cabbage bandit' Joe Nkuna planted mielies, pumpkin and other crops at a nearby park after being granted permission by the site's manager.
Image: Supplied

Amid dire predictions of rising food prices in SA as a result of rampant fuel prices, I was put in mind of some European countries where “zero-kilometre” food markets exist in almost every town and village.

According to the IDC (Initiative et Développement Citoyen), a French co-operative that promotes sustainable development, the main characteristic of zero-kilometre food is: “A small distance between the place of consumption and the place of collection/harvest, meaning it doesn’t go through global trade chains. A product can be called zero-km-product when it has travelled less than 100km and it is produced ecologically and organically.”

The shorter the distance food has to travel, the lower  its retail price will be.

There is another facet to this nearby-provision concept, and that is the pavement garden.

This week I called Joe Nkuna, also known as Djo BaNkuna, but more familiarly known to SA’s citizens as “the cabbage bandit” since Tshwane Metro Police tried to charge him for growing vegetables on his pavement to feed the community.

Joe Nkuna, the man who famously had a run-in with the law over his Tshwane pavement garden, loves cooking vegetables nearly as much as growing them
Lifestyle
10 months ago

The charges were dropped after a national groundswell of support for Nkuna’s enterprise, which resulted in many other homeowners following suit.

The phrase “food security” always makes me think of armed guards protecting scarce produce reserved for those who can afford it, but the UN committee on world food security defines it as: “Meaning that all people, at all times, have physical, social, and economic access to sufficient, safe and nutritious food that meets their food preferences and dietary needs for an active and healthy life.”

Nkuna finds the idea of a food shortage in SA not only tragic but also laughable. “We are blessed with so much rain in SA and in the townships we have so much undeveloped land,” he says. “Government and traditional leaders control so much land; there is no need to harass commercial farmers.”

What can be done with even a small piece of land is astonishing. Apart from the vegetables growing on his verge, free for anyone to take, Nkuna has cultivated another 40m2 inside his walls. On the day we spoke he had just filled four 25l containers with potatoes harvested from nine fecund plants. The bounty will go to the Luvuyo orphanage in Soshanguve.

“You don’t need a farm to produce food,” says Nkuna. “We have so much land but we have become lazy. The community food-growing initiative is something government should have supported from way back.”

We are so preoccupied by all the wrong things, rather than what really matters

Nkuna’s wife, a social worker, was the first person who alerted him to the plight of the hungry.

“People were already going hungry before Covid,” he says. “Now there are people who go three days without eating. The next thing that burns will be the Union Buildings.”

SA is not the only country suffering from price increases due to global conflicts. In Russia, where the voices of the many citizens who oppose war against Ukraine are oppressed, survival is a dodgy matter.

According to the Washington Post: “By the time the war started, Russians were already vulnerable to food price inflation. In a July 2021 survey, 60.4 percent of respondents said they spend about half of their monthly income on food. And the cost of food was a concern for nearly every family.

The survey said 96.3 percent of respondents drew attention to the rise in food prices. ‘In their opinion, vegetables, fruits, dairy products, meat, and vegetable oils have risen most of all,’ the survey found.”

Nkuna sees food sharing as an antidote to war. “If we can share food, the divides [in SA] between black, white, Indian and so-called coloured people will be shown as misconceptions. If we can learn, as African people, to share boerewors, onions and cabbage, we will discover that we have a lot more in common than we might have thought.”

He acknowledges the different meanings of food to different sectors of society, not only as a status symbol but as something that appeals to the appetite. "I was nine years old when I first tasted cheese," Nkuna says. "The man who owned a shop near the station gave me a piece of this yellow thing. I'm almost 50 now, but I will never forget that first taste."

Life is not not just about food, although food is essential because goodwill does not thrive on an empty stomach. Nkuna says the best way to spread the spirit of ubuntu in SA is by sharing nourishment.

Life is not not just about food, although food is essential because goodwill does not thrive on an empty stomach

“Food is not supposed to be eaten alone behind closed doors. It is supposed to be shared. When food is shared, you join the dots, you create the connections. We are not cultivating ubuntu. We are so preoccupied by all the wrong things, rather than what really matters.”

He believes that we have all the resources to eliminate hunger at pavement, zero-kilometre level, regardless of the vagaries of international economies.

“Imagine if 60% of street fronts in Sandton were planted with onions, cabbages and other foodstuffs. There could be employment opportunities in hiring people to cultivate these verges, and more importantly, this much cultivation could feed all the needy in Alexandra. It could bridge the divide between those areas.”

Food is both physical and metaphorical to Nkuna. “In SA we continue to talk about a nation, but we are not yet a nation, we are merely a country. We will only become a nation when we recognise that we have the land, the resources and the ability to make sure no-one goes hungry. We will never be a nation if the only place we meet is in supermarket queues. Our biggest problem is that we are not sharing bread together.”

Incidentally, if a TV comedian can become president of Ukraine, there seems to be no earthly reason why we should not vote for Nkuna as president of SA in 2024.

None of us wish to risk a criminal record or have a police convoy deliver a court summons or charge sheet to our door, say pavement veggie growers.
News
10 months ago

‘I argued the bylaw was irrelevant’: Cabbage bandit on case withdrawn

“What if I did not have access to good legal representation? What if I buckled under... and paid the unlawful fine? I would be having an unlawful ...
News
8 months ago