Chance for Bok rookies to rule the roost against France 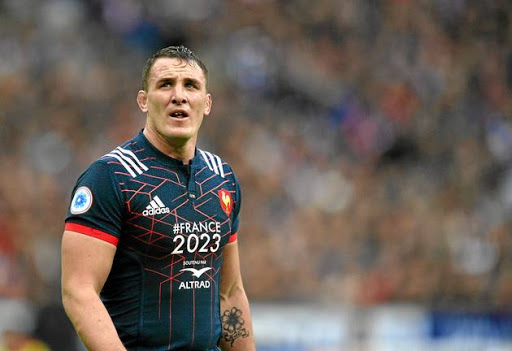 No8 Louis Picamoles is just one of the obstacles in South Africa's path.
Image: GETTY IMAGES

Allister Coetzee's reign as Springbok coach has been as flaky as a croissant and the three-test series against France won't necessarily solidify his position.

Guy Noves's side, by Coetzee's own admission, has been the most improved international team over the last year, but even if the Boks secure a series win, the damage done last year will continue to leave Coetzee on crumbly ground.

Coetzee operated sans a performance clause in his contract last year, but this year is different. The reputational damage the team, or let's say the brand, has suffered bordered on the irreparable.

Coetzee's tenure has been tenuous and the Tricolores didn't have to bubble wrap a guillotine before they winged their way here.

Brendan Venter has been added to the coaching mix but whether he will sooth the ills that afflicted the team last year remains to be seen.

As far as the new defence coach's range of influence is concerned, he is unlikely to confine himself to just one lane.

What is also clear is that Coetzee has had to turn to form players and, to further distance himself from last year's horrors, he has installed a new captain in Warren Whiteley. On-field inspiration is a commodity that was in short supply last year and Coetzee this time at least has invested in a player who has helped set, and is revelling in, a winning culture.

Whiteley should have familiar faces around him in the first test.

Andries Coetzee seems to have the inside lane at fullback, with fellow Lion Courtnall Skosan the likely leftwing and Dillyn Leyds or Raymond Rhule on the other side.

Coetzee [the coach] has made a strong case for setting down established combinations.

"People always think of combinations as nine and 10, 12 and 13. It goes wider than that. Imagine Andries Coetzee catching a ball in his own territory and then he has players falling back in support, like flyhalf Elton Jantjies, No8 Warren Whiteley, scrumhalf Ross Cronjé and wing Courtnall Skosan. These are players who know what to do in that situation."

That's reassuring, for the back three can expect an aerial assault. They will lack experience and they are not gifted the physique of their French counterparts. With high ball contesters like Krugersdorp-born fullback Scott Spedding and wing Virimi Vakatawa, the tourists will be keen to make inroads under the high ball.

The Bok coach could of course remedy that by deploying the burly and experienced Frans Steyn at fullback, but he has been listed as flyhalf/centre.

Beast Mtawarira's best rugby may be behind him, but his experience is much needed next to Malcom Marx and Frans Malherbe, although the latter is yet to fully repay the faith the last two Bok coaches have displayed in him.

Stormers lock duo Pieter-Steph du Toit and Eben Etzebeth are yet to fully assert themselves this season, but they will probably start alongside teammate Siya Kolisi.

Duane Vermeulen, because of his commitments in the Top 14 final this weekend, is unlikely to be in the starting team.

Whiteley's credentials as captain and No8 will be put to the blowtorch from the outset.

Even if modern-day eighthmen rarely operate in the other's orbit, the Tricolores' Louis Picamoles creates the impression he's the only No8 on the field. He embodies the Gallic rooster's chest-first swagger which is slowly but surely returning under Noves.

Forwards coach and former hooker Yannick Bru described 2015 as a nightmare from which the team simply had to emerge.

"After the disappointment of 2015 we decided to play positive rugby. We try and keep the ball and create space. We are on the way."

There was also the realisation that they needed to restore the joie de vivre, which was purged from their game by a succession of overly pragmatic coaches.

"We had to give to the fans the feeling that we deserve to be supported by them," noted Bru. "That was the main thing we achieved. The support of the fans is really good at the moment.

"We, however, remain behind the best teams in the rankings. We know we have to improve. The ratio between creating opportunity and scoring points is too weak at the moment."

France have some composed flyhalves to choose from. Camille Lopez was at the heart of Clermont's surge to the European Champions Cup and Top 14 finals, while Jules Plisson has kept Morne Steyn out of the Stade Francais No10 jersey.

They have game-breakers like centre Gael Fickou, scrumhalf Baptiste Serin and barrel-chested Vakatawa, but they also possess grunt in the engine room.

Man mountain tighthead Uini Antonio weighs 155kg, but may not even make the starting lineup. Rabah Slamani is a more accomplished scrummager, Yoann Maestri is the grizzled, towering enforcer in the second row, while open-sider Kevin Gourdon has proved a revelation with Top 14 log-toppers La Rochelle.

Those playing in the Top 14 final can make a better case for a starting berth in the second test at Kings Park, which means Noves's options will be limited for next week's first test at Loftus.

Either way, France will want to leave Durban cock-a-hoop.

The Boks have a powerful tight five with several options. In the second row Eben Etzebeth and Pieter-Steph du Toit have been in good form for the Stormers while Franco Mostert has been immense for the Lions. Lood de Jager has also showed signs of returning to the 2015 version of himself recently.

The Boks scrum was one of the few high points in 2016 and the lineout was also a good weapon. In the front row hooker Malcolm Marx is a huge presence with great skill. Marx's lineout throwing has improved this season, which should give him the nod to start.

In the front row uncapped tighthead Ruan Dreyer is not only a powerful scrummer but also mobile with great hands. Frans Malherbe is returning to the form that made him the best tighthead at RWC 2015 while loosehead veteran Tendai Mtawarira just keeps on producing solid performances.

They have a strong pack, especially at full strength, which might not be the case for the first test.

"Their scrum in particular will be powerful at full strength, which might only be the second test.

"Prop Rabah Slimani is a powerful scrummager and whoever plays loosehead for the Boks will be up against it."

Halfbacks: Another area where France are surprisingly strong according to White.

"Their two scrumhalves are superb. Baptiste Serin is a bit like the late Joost van der Westhuizen - a great rugby player who is very athletic.

"Maxime Machenaud is more orthodox in that he links with the forwards and has a good tactical kicking game. But both will cause problems."\

Defence: Well, it was last season. The Boks leaked a record 35 tries in 12 tests, which is an unacceptable number for a team with ambitions of being among the best. With Brendan Venter in charge of defence for the French series there is an air of hope that it will be better. But only time will tell.

Scrumhalf: After being spoilt with Fourie du Preez, Ruan Pienaar and Ricky Januarie for more than a decade, the Bok scrumhalf berth is paper-thin at the moment. Ross Cronje from the Lions is tactically the best option, but he's steady rather than spectacular. Francois Hougaard has been recalled and perhaps a season with Worcester has honed his halfback game while Rudy Paige has done nothing to justify his inclusion.

Openside flank: The only player resembling an openside in the Bok squad is Jaco Kriel, and he's just coming off an injury. Although the slightly smaller Kriel has the classic build of an openside, his athleticism and speed means he is more of a ball carrier in the Lions setup. Coach Allister Coetzee might opt to play Siya Kolisi out of position again, an experiment that has not worked for the Stormers.

Tactics: Coetzee spent all of last season romantically talking about tries and running rugby while the foundations crumbled. Tactically the Boks were confused because there wasn't clear direction from above.

Injuries and fatigue: Les Bleus are without two of their biggest assets for this series - lock Sebastien Vahaamahina and wing Noa Nakaitaci. Former Bok coach Jake White, who spent two years coaching at Montpellier, explains why they will be missed: "Guy Noves (France coach) has leaned heavily on Vahaamahina in recent times and he will now have to compete against the Boks with a new lock combination.

"Vahaamahina is 2.02m and athletic. A lot of their lineouts revolve around him, not only as a ball winner, but as the man that calls the plays as well.

"Nakaitaci is a lethal finisher - fast and powerful - so he will be missed because he just has that little extra."

The French season is punishingly long. The players are arriving at the end of the club campaign that started last September and will only finish today with the Top 14 final between Clermont and Toulon.

Eight players are involved in the final (five forwards and three backs) including hooker and captain Guilhem Guirado. It's unlikely any of them will be named for the first test in Pretoria.

Inexperience and preparation time: Coach Guy Noves named four uncapped players in the touring squad. With almost zero preparation time and a lot of new faces, Noves and his coaching staff will be under pressure.