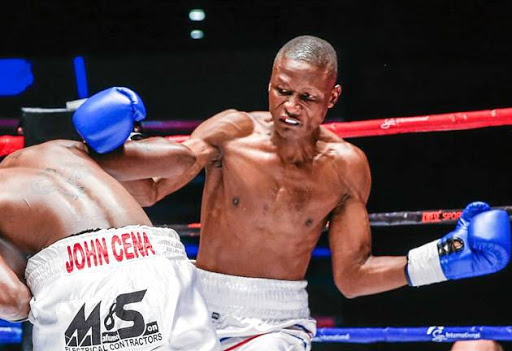 The recent death of a boxer has sparked a storm of controversy with claims that Boxing South Africa (BSA) is flouting the regulations it is supposed to enforce.

Herbert Nkabiti, a Botswana national, died on April 29, the day after collapsing in the ring at Carnival City on the East Rand.

Promoter Steve Kalakoda insists he was fully compliant, while BSA officials are declining to comment until a report into the tragedy has been handed to Sport Minister Thembelani "Thulas" Nxesi.

But there is a chorus of discontent with insiders accusing the regulator of breaking rules, resulting in:

•  Boxers not being paid their compensation of 10% of purse when tournaments are cancelled at late notice;

• Foreign fighters being included in the South African rankings;

• Boxers being licensed despite being too old or having suffered too many stoppage defeats; and,

• Too many mismatches being sanctioned, as well as farcical contests like a recent Gauteng welterweight title bout where, according to statistician Andre de Vries, one contender had last fought in the division in 2008, and the other had fought only twice, getting stopped both times.

BSA CEO Tsholofelo Lejaka conceded there had been problems with licensing and ratings, adding the board had issued a directive that foreigners should be removed from the rankings.

He said boxers in cancelled shows, whose contracts had been lodged at BSA, would get their 10%.

On cancelled tournaments, he explained BSA needed to be lenient to address the challenge of transformation among promoters.

Of the 75 shows staged in the past financial year, he estimated that fewer than 20 would have gone ahead if they'd stuck to the regulation demanding payment 30 days before.

But the issue causing the greatest anger is the death of Nkabiti, 36.

The stricken boxer was taken by ambulance from the tournament venue to the nearby Netcare-owned Sunward Park hospital where there was an initial snag admitting him.

The Sunday Times understands that after nearly two hours he underwent a CT scan which diagnosed bleeding on the brain.

He was at the hospital for more than six hours until being transferred to Thelle Mogoerane Hospital in Vosloorus where he died several hours later.

Insiders argue that the facts of this case, particularly that he was bounced to a second hospital, suggest a crucial safety regulation was not adhered to.

Promoters are required to give to BSA "confirmation that a hospital close to the venue has been notified of the tournament and that its neurological department and all other medical divisions necessary will be on standby for the duration of the tournament".

The hospital's general manager, Annamarie Richter, said in a written statement in response to Sunday Times questions there was no formal arrangement with the promoter.

She said the hospital "received an e-mail in the second week of April from an emergency medical services provider enquiring whether a neurosurgeon would be on call on certain weekends later that month when boxing matches were to be staged ..."

"The hospital confirmed to the EMS provider that a neurosurgeon would be on call for the hospital on those specific weekends.

"No further arrangements were made by the EMS provider or any other external party with the hospital regarding possible emergency care or hospitalisation of boxers in the event this would be required."

Attorney David Swartz of Phillip Silver Swartz, who has had previous successes in cases against BSA, believes the hospital's initial confirmation "does not conform with the said regulation".

If BSA and the promoter had failed in their duties, they could face "a potential case of culpable homicide", he said, adding that infringing the Boxing Act carries a penalty of up to a year's imprisonment and a fine.

Kalakoda said he acted by the book. "As a promotional company we did all the arrangements through BSA regarding all the requirements ... When you do your compliances for a boxing tournament, BSA will not sanction your tournament if everything is not in order."

So why weren't hospital staff aware of the tournament?

"There's lots of people working in the reception of a hospital. Who's supposed to know?"

He said he had nothing to do with the decision to transfer Nkabiti to the government hospital.

"It was the hospital's decision. What the doctor on duty that night told me personally was that at that particular hospital they want to send him to, they are much more experienced when it comes to these kind of injuries than a private hospital."

Insiders are also questioning why Nkabiti was allowed to fight if he had a hairline fracture on the left side of his skull. Lejaka said the boxer had received his clearance in Botswana.