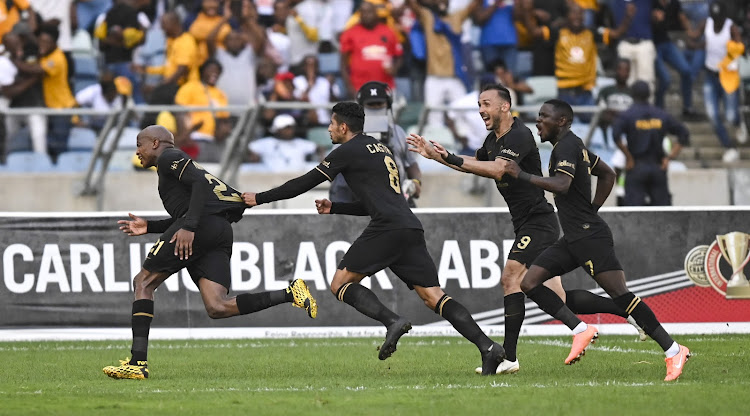 This was truly an ugly advert of the beautiful game, an error-ridden affair that would have been shamed by a spectacle of pot-bellied souls in a Sunday league kickabout.

The first half in particular was a proper mish-mash, a jumble sale of wrong ideas and should be used as a case study in academies to show youngsters how not to play football.

Both teams were erratic as they engaged in a visual assault of erratic passing, mistimed runs and unimaginative play. It would not come as a surprise if Durban optometrists are hit by a deluge of patients.

The highlight of a ho-hum first half was the referee breathing through the whistle as he blew incessantly. You would swear that he was doing his own version of the TV show How I Blew it.

Ernst Middendorp made two changes from the line-up that huffed and puffed to a draw with Black Leopards in the scorching heat of Thohoyandou in their last outing.

Dumisani Zuma and George Maluleka were preferred ahead of Bernard Parker and Yagan Sasman. The former was banished to the bench and the latter exiled to the stands.

Protests for a penalty in either half by Chiefs, who claimed an Arrows defender had handled the ball inside the box, did not find resonance with the referee.

Unearthing Samir Nurkovic from the obscurity of the Slovakian second division was the best piece of work by Chiefs this season.

The Serbian has proved worth every penny as the striker has hit double digits, thereby becoming the first player clad in gold and black to do so in six years - Parker was the last in 2014.

But yesterday all the scorer of 10 goals contributed was to bring out his Zlatan Ibrahimovic with bullying antics against his much tinier Arrows opponents.

He and Colombian strike partner Leonardo Castro were starved of decent service due to a famine of crosses from the boots of Lebogang Manyama and Maluleka. Also absent were the penetrative foray from the flanks by Siphosakhe Ntiya-Ntiya on the left and Kgotso Moleko.

In the 69th minute Cardoso comically cleared a free-kick into the path of Knox Mutizwa. The Arrows sharpshooter was denied by a diving Daniel Akpeyi from extending his goal tally to nine.

The Nigerian shot stopper had his wits about him when moments later he gathered the ball by the self-same Mutizwa. That was just about all Arrows managed to muster as some form of threat to Chiefs.

Amakhosi started the season like a runaway train. At some stage the table toppers led the Premier Soccer League log standings by a massive 13 points. They managed to make it 10 points as Manyama finally broke the deadlock with practically the last kick of the match.

Steve Komphela would have been pleased with a point, especially after his goalkeeper Sifiso Mlungwana was alert to make a save from the header of Erick Mathoho and a Nurkovic shot before Manyama's goal. The crowd's roar raised the arch over the venue. It was the only noteworthy thing they witnessed.

Apart from that, the decent crowd that came out in numbers at Mabhida should have had free entry. Or they should have shouted pay back the money for being subjected to such a miserable afternoon.