Adventurer Erik Vermeulen looks back on 600km journey through desert 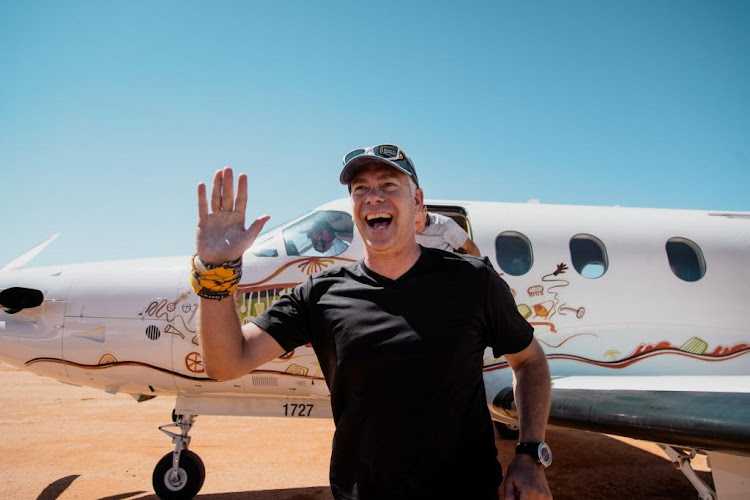 Erik Vermeulen, expedition leader in the BrightRock Battle of the Sports.
Image: Supplied

Climber extraordinaire, behavioural strategist and BrightRock Battle of the Sports expedition leader Erik Vermeulen has so far trekked through 600km of Northern Cape desert in three stages of this endurance challenge and Covid-19 fundraiser.

And he's about to add another 200km when he accompanies Team Cricket on their leg of the event, starting on October 9.

It is no mystery why Vermeulen was chosen to lead four elite sporting teams across Verneukpan, comprising some of SA's most formidable terrain.

He has summited 8,000m mountain peaks; trekked to the South Pole and across the Rub' al Khali, or Empty Quarter, of the Arabian Peninsula; and travelled by mountain bike across Tibet to Everest base camp.

For Vermeulen, it was a no-brainer to take on the Battle of the Sports challenge.

“I have spent my whole life challenging myself and seeing how, if given the chance, people can really push themselves to find the limits of their potential,” he said. “Being given an opportunity to do something I love, and make a difference in the lives of so many vulnerable communities that desperately need support, was a once-in-a-lifetime opportunity.”

Having already accompanied the rugby, running and soccer teams in the competition, he said the pan had challenged each of these teams in different ways. Mental fatigue and sleep deprivation had been two big factors to contend with so far.

“When you are used to spending 90 minutes or 6–7 hours on the road, in the case of the runners, walking 200km is a completely different experience. These are all world-class athletes, but the experience has challenged even the toughest of these athletes.”

Even the seasoned Vermeulen has struggled at times. Walking through the pain and keeping to a routine were critical, he said.

“Just like Covid has disrupted our daily routines and challenged many people, so too has Verneukpan our athletes,” he said.

“We all need structure and success indicators. Out on the pan, these are taken away and it is easy to fall into an emotional low and become frustrated with the hardship and the 200kg cart you are lugging behind you, or the 150km stretching in front of you.

“That is where mental stamina really comes to the fore, and the support of your team members. There is absolutely no doubt in my mind that if any of the athletes were attempting this as solo adventurers, they would have quit at some point.”

Reflecting on the event so far, Vermeulen said two things stood out. “First, all of us have immense potential within us, as already demonstrated by the first three teams. Second, when you commit to something for a cause much bigger than yourself, you push yourself further. This challenge has been about doing your best and finding a reason to push beyond yourself.”

Everyone involved in the challenge jumped at the chance to do something positive. “We wanted to inspire South Africans. If we could sacrifice so much on the pan, our plea is for them to support us with a small donation. So many vulnerable communities are still reeling from the effects of Covid-19, particularly our old people, our orphans and our children in vulnerable urban and rural communities. These are the communities we are supporting,” said Vermeulen.

The final group of competitors, Team Cricket, comprising batsman Lance Klusener and former Protea fast-bowlers Makhaya Ntini and Monde Zondeki, will tackle the BrightRock Battle of the Sports from October 9.