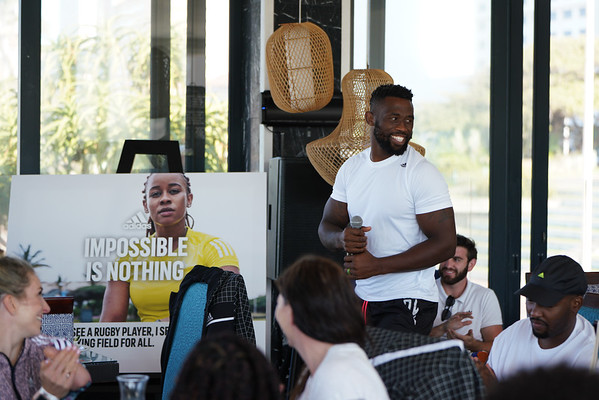 Gender equality is so important and it’s not the woman’s job to do it. We as men need to start speaking about it, says Siya Kolisi.
Image: Supplied/adidas

Since March of 2020, our lives have been marked by the pandemic, greater inequality, and an increase in gender-based violence. South Africans undoubtedly feel like there is so much we cannot achieve — the barriers are just too great. But there is another way to look at our challenges. Perhaps we should start to see them as opportunities to surprise even ourselves.

This week, adidas shared the evolution of its brand belief, “Impossible Is Nothing”, alongside a string of SA trailblazers to instil pride in a nation that’s undoubtedly taken its lumps.

Bringing the global campaign to the local shores of Durban, adidas was joined by national rugby captain Siya Kolisi; two-time Paralympian and World Champion Anruné Weyers; international sevens and fifteens rugby player for SA and professional firefighter Zinhle Ndawonde; and the first designer from Africa to win the LVMH Prize for Young Fashion Designers, Thebe Magugu, all of whom have achieved what many considered impossible. 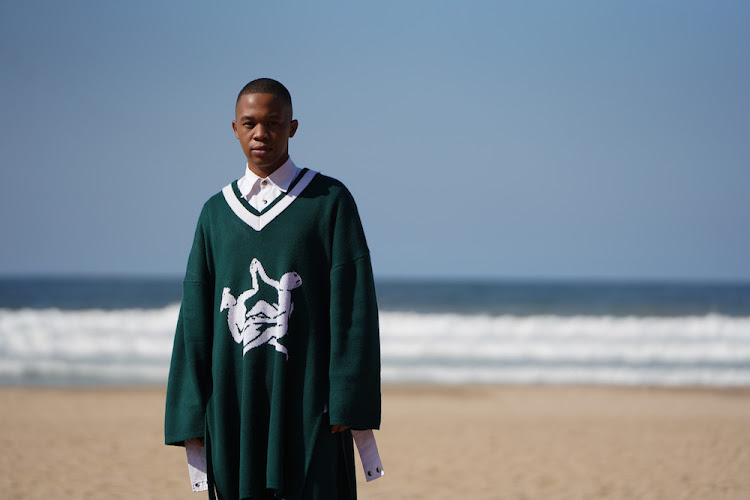 Speaking up for culture and heritage, Thebe Magugu says fashion is about so much more than just aesthetics. My collabs are always purpose-led, with the aim of empowering communities.
Image: Supplied/adidas

These athletes, content creators and artists have created a series of videos and activations to remind us that “impossible” is just a frame of mind, that an attitude of perseverance exists in all of us.

“‘Impossible Is Nothing’ is a way of seeing the world for what it can be, not as it is,” says Kate Woods, adidas SA senior brand director.

“In the local context, no-one represents the life-changing potential of sport better than Siya Kolisi, who we’re incredibly proud to partner with, both on and off the field. Not only changing his own life through his sporting achievements, Kolisi uses his platform to inspire a nation — and a generation — to see possibilities with optimism.”

The “Impossible Is Nothing” content series comprises 20 films that provide a previously unseen side to these personalities, enabled via a powerful narrative delivered by friends or fellow athletes, and animated via resurfaced footage from the archives.

Kolisi believes that now is the time to take the insights he shares in the film and broaden it to the greater context of SA. Especially when it comes to women’s visibility in sport.

“We need to make sure that we are doing what we can, and using whatever we have, to inspire in a time when people are losing their lives and their loved ones. We all have a role to play,” he said.

“I’ve been big on pushing women in sport. Gender equality is so important and it’s not the woman’s job to do it. We as men need to start speaking about it.”

The partnership with adidas is important to reach that goal, says Kolisi. When brands that shape culture listen, it’s easier to make tangible change for people such as Zinhle Ndawonde, who saves lives as a firefighter and dazzles as an international rugby player. 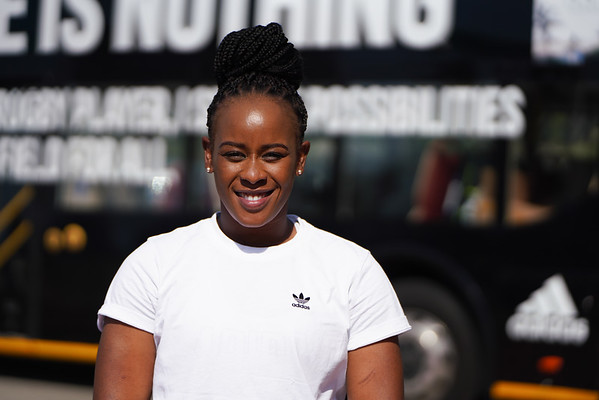 Zinhle Ndawonde says she’s living proof that it doesn’t matter where you come from: anything is possible as long as you’re prepared to put in the hard work.
Image: Supplied/adidas

“She has to go through her day knowing she does all these things, but doesn’t get recognition for it,” says Kolisi. “Not that she’s looking for recognition, but people should know her story just like they know mine.”

On her own journey to achieving what was thought to be impossible, Ndawonde says she’s living proof that it doesn’t matter where you come from: anything is possible as long as you’re prepared to put in the hard work.

Her athletic ability today comes from an attitude she adopted before she became a professional rugby player. She decided to train and behave as though she had already made it, so that when the opportunity came to step onto the field, she was more than ready.

A powerful proposition, “Impossible Is Nothing” hopes to make every South African feel capable, secure in themselves, and inspired by those who came before them. 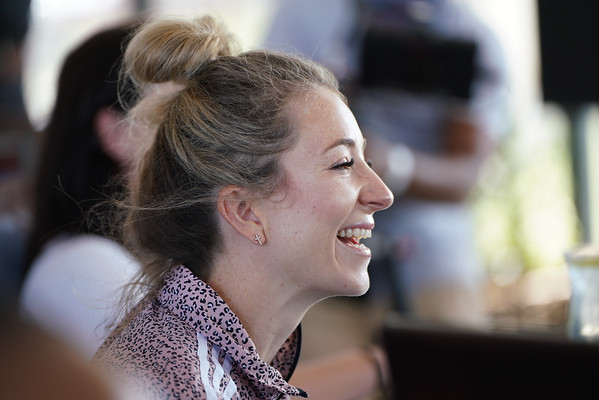 Anruné Weyers says we all have different stories. Anyone can become whatever they want to, not only in sports but in any profession.
Image: Supplied/adidas

“Today was about sharing and celebrating the achievements of sporting and cultural icons who’ve performed against the odds to inspire us with their courage and creativity. Their stories have changed lives by showing us what’s possible,” says Woods.

Watch all the films here >>>