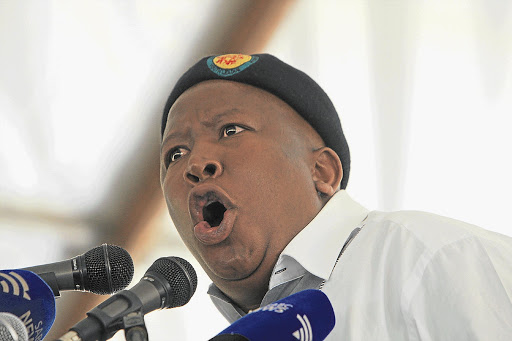 The inclusion of ANC Youth League president Julius Malema on the Forbes list of Africa's 10 most powerful young men is "pretty obvious", according to Pat Roberts, a leadership coach.

Malema was listed as one of 10 men under 40 "who wield enormous influence in Africa's political and business circles" by Forbes magazine yesterday.

Despite Malema's sharing the list with DRC President Joseph Kabila; South African IT billionaire Mark Shuttleworth; president of the SA Chamber of Commerce-America Euvin Naidoo; Standard Bank director David Munro and Madagascar's transitional President Andry Rajoelina, Roberts did not feel Malema was out of place in the company of the other men on the list.

"He cuts into a need of young South Africans to be employed and empowered to have more say and he is using that need as part of his profile-building, and he does it very skilfully too," she said.

"My perception is that the way he presents himself appeals to the audience he attracts.

"They aspire to have the things he has, go to the places he goes to and present themselves the way he does," she added.

Roberts felt that South African youth see him as a figure they can follow. "It's all about aspiration and the feeling is that, if he can do it, they can too," said Roberts.

While the magazine labels Malema as being "divisive and polarising" and prone to "inflammatory rhetoric and racial slurs", it said his role in the eventual election of Jacob Zuma to the ANC and the country's leadership made him a political force.

"The ANCYL wields enormous power in South African politics, and played a pivotal role in the election of incumbent President Jacob Zuma during the 2009 presidential elections," read the magazine's list.

Malema is currently battling a disciplinary hearing over charges of bringing the ANC into disrepute and sowing divisions in the ruling party ranks.