How low can go? 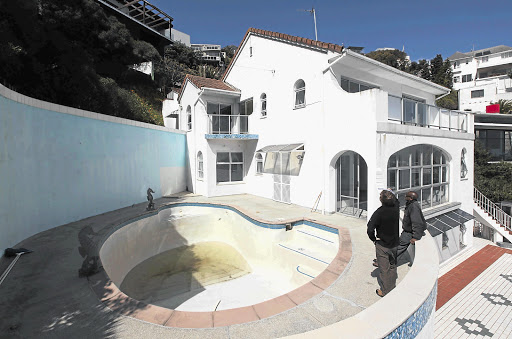 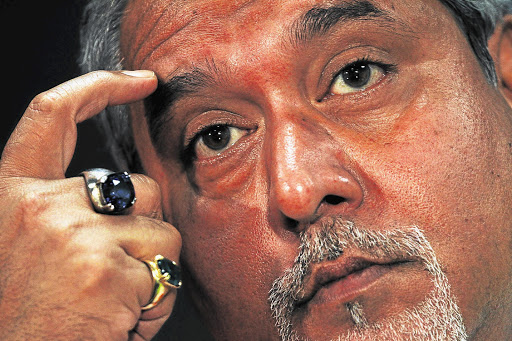 Martins were sipped nervously on Cape Town's Atlantic seaboard when billionaire Vijay Mallya snapped up a villa for R25-million and announced he would knock it down to build something fancier.

Now, two years later, it is up for sale again - after an embarrassing building flop that has angered one of South Africa's top architects.

Mallya, owner of Indian cricket side the Bangalore Royal Challengers and the world's 44th richest person last year, never moved into the four-bedroom Italian-style house on Victoria Road, Bantry Bay, which he purchased in May 2009.

He appointed architect Stefan Antoni to design a dream getaway - a seven-storey mansion complete with cinema, spa, sauna, gym and eight-car garage. Plans for the home included a dance floor and a swimming pool boasting its own "palm island".

But the plans collapsed due largely to lengthy bureaucratic delays, and the house is now on the market for R16-million - R9-million less than Mallya paid for it.

The tycoon bought another Antoni-designed home up the road earlier this year, for R60-million.

A bitter Antoni this week lashed out at building regulations that, he said, were largely to blame for Mallya ditching his dream home.

"There is an act [the National Environmental Management Act] which is terribly clumsy and has dissuaded a lot of other people from building." He said provisions of the act had delayed building to the point where Mallya abandoned it.

The act requires developers to submit detailed reports on activity that would impact on the environment.

A visit to the property this week revealed a house falling into disrepair. Carpets were missing in the bathrooms and the swimming pool was empty. The house's name-plate, Villa del Sole, was falling off the front wall.

A lone security guard said he had been looking after the property since November.

"He has moved on. He has bought something else. He no longer needs this property. The selling price is tremendous," said Matthews.

According to a building assessment report drawn up by SRK Consulting, the proposed mansion would have been 14m high, with an outside lift running as far as the fourth floor.

Mallya is fabulously wealthy. In addition to a lion's share of India's lucrative liquor market, his interests include an Indian airline, a Grand Prix team and the Bangalore Royal Challengers cricket team that competes in the 20/20 IPL cricket league - featuring some of South Africa's players.

The 55-year-old's assets in South Africa include the Mabula Game Lodge and the ultra-luxurious Imbali Safari Lodge in the Kruger National Park and a swanky hotel in Cape Town.

His new home in nearby Nettleton Road, Clifton, was initially on the market for R80-million but its former owner, British screenwriter and film producer Mike Jefferies, settled for R60-million.

The mansion boasts a 25m infinity pool, walk-in safe and has sweeping views of Clifton beaches.

It has hosted movie stars, singers and royalty such as Prince Carl Philip of Sweden who stayed there during the 2010 Fifa World Cup. Singer George Michael lived there last year and Nicolas Cage was there while filming Lord of War.

Antoni said uncertain political and economic times were chasing away investors and property buyers: "We are finding a lot of overseas clients are pulling out of investing in South Africa. They are just not interested," he said.

‘Bring them dead or alive’: Bheki Cele vows to hunt down cop killers
Is this the R300k future eco-home of South Africa?
X