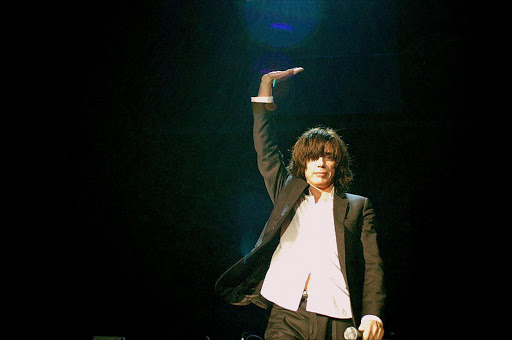 French electronic music pioneer Jean-Michel Jarre launched a campaign in Sofia Monday to support education around the world and called for other music and sports celebrities to join in.

"From this night on I will give one cent of every ticket for the purpose of education. And this will be until the end of my life," the musician said during his first show in the Bulgarian capital Sunday night.

"It is a very simple idea, which I wanted to launch in Bulgaria. From now on until the rest of my life in all my concerts I will do this and I will encourage all my colleagues to do it," Jarre told AFP in an interview.

"One cent per ticket is nothing. But if we multiply it by the number of performers, the number of tickets sold for concerts, the seats in cinemas, the newspaper copies sold, the sports events, we will have the budget for education ready tomorrow morning."

Jarre, 63, a goodwill ambassador for the United Nations Educational and Scientific and Cultural Organization, launched the campaign in Bulgaria to honour UNESCO Director-General Irina Bokova, who hails from there.

The money collected will go to the UN Education for All movement, Jarre said.

"Almost one billion people [in the world] cannot read or write," he underlined.

"And it is education that helps understand better climate change and economic problems and stamp out religious extremism. We know that it is also a way to solve many problems of women around the world," he said.

Jarre's show in Sofia Sunday night was the first in a tour that will also take him to Serbia, Croatia, Ukraine, Russia, Lithuania, the Scandinavian countries, Germany, Austria and Switzerland.