Sex and the SABC bigwig 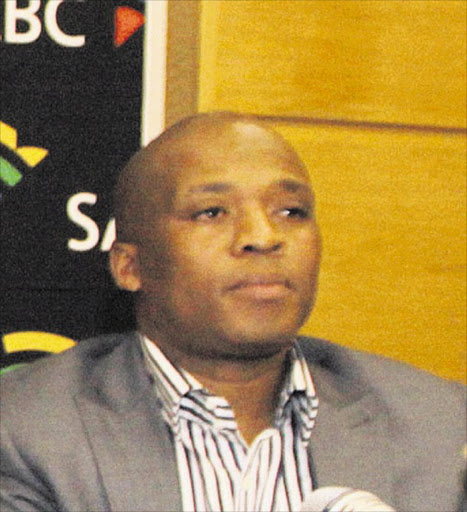 The SABC wants its head of human resources to pay back R246000 for not completing a prestigious international business course in London amid a disputed incident involving prostitutes.

And the SABC's internal audit unit has asked that the amount spent on Justice Ndaba's course be reported as fruitless and wasteful expenditure.

Ndaba, the head of the SABC's turnaround strategy and acting group executive human capital services, denied the claim against him.

Last month, he took part in the international executive development programme, which included courses in SA, London, Dubai and Singapore. But he dropped out after the London leg. The course was organised by the Wits Business School.

The internal report, seen by the Sunday Times, attributes his failure to complete the course to an incident involving prostitutes.

The report said that, at the end of the London Business School leg of the programme, "Ndaba and the remainder of his study colleagues attended an informal graduation dinner at a restaurant in London".

Ndaba told the audit committee that, after that dinner, "some of his colleagues and he decided to visit a club".

According to the report: "An event that may have involved certain escorts/prostitutes occurred. As a result of the incident, the UK police were involved. Pursuant to this incident, Ndaba did not complete the Dubai and Singapore part of the study programme."

But Ndaba told investigators he pulled out of the programme because acting group CEO Phil Molefe had asked him to return to South Africa "to attend to preparations for parliament".

The report recommendedthe London incident be "fully investigated" and that the R246000 be recovered from Ndaba.

It also raised questions about Ndaba's appointment to a senior SABC post - despite being blacklisted after a bank obtained a judgment against him. Corporate governance rules prohibit such a person from being appointed to executive positions.

The audit unit wants to know if senior executives and board members are aware of the blacklisting. And board chairman Dr Ben Ngubane has been accused of refusing to give the unit the go-ahead to obtain a report on Ndaba's appointment from recruitment firm Spencer Stuart.

"Spencer Stuart regards the report as privileged and requested that a copy be obtained from the chairman of the board. Group internal audit was, however, not granted permission to review the report."

Questions have also been raised about Ndaba's consultancy company, Ndabazabantu People Solutions which, according to the report, had a contract with the SABC and has been paid R292000 to date.

In an affidavit, Ndaba distanced himself from the incident, saying he was not the individual involved - although he did not identify the other person.

He said "two ladies" had been in the taxi he and his colleagues took after their celebrations.

"The group of us exited the taxi at the London Business School and parted ways ... I went straight to my room on the third floor, alone," Ndaba said.

He was woken by a commotion coming from a room of one of his colleagues. "I was informed ... that the two ladies were trying to solicit money from the graduate. When he refused to pay them they proceeded to phone the police."

Ndaba was later told that the individual involved was "compelled to return to South Africa with immediate effect".

He said he was not aware of moves to recover money from him. "On what basis? I have not contravened anything," he said.

Ndaba's lawyer, Deon Lambert, said: "It couldn't be further from the truth ... at no stage were there any prostitutes involved at all."

SABC spokesman Kaizer Kganyago said: "These allegations are untested and unsubstantiated. The SABC has therefore instituted an investigation to establish the facts. There is no truth in the assertion that [Ngubane] tried to interfere in the investigation. The chairman had, in fact, ordered that an investigation be instituted".