The princess, the padkos and the Polaris project 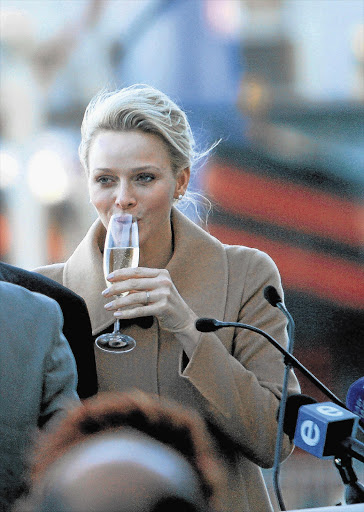 PRINCESS Charlene and her husband, Prince Albert of Monaco, ordered some padkos for a trip to Cape Town this week.

They took platters of samoosas onto their private jet when they flew from Durban to attend functions in the mother city on Thursday.

Staff at the five-star Oyster Box Hotel in Umhlanga said the royal couple were "enthralled" with the various curry dishes on offer.

Wayne Coetzee, the hotel's general manager, said the couple ordered, among other items on the menu, prawns, vegetable curries and samoosa platters.

The royals arrived in Durban this week where they were guests at the 17th meeting of the annual Conference of Parties (COP17) summit. The couple also took time out, after the 12-hour flight from Europe, to relax and enjoy the coast with friends and some of their staff.

On Wednesday Charlene and Albert entertained guests on the verandah of the luxury hotel.

"They appeared to be having a lot of fun," said one waitress.

Charlene, whose family lives in Benoni, and Albert later spent time in the hotel's Chukka Bar - described as having " authentic old world charm" - where they ordered cocktails and a platter of samoosas - seemingly their favourite delicacy.

Later that evening, Charlene was escorted alone to Umdloti on the North Coast, where she was joined by friends and some of her staff at the sea-facing Bel Punto restaurant.

During the course of the evening Radebe joined the party, where everyone dined on langoustines and prawns.

On Thursday the couple travelled to Cape Town for the launch of the Polaris Climate Change Observatory, hosted by the Polar International Foundation. The foundation educates the public about polar science and research.

The observatory, which will start operating in 2014, is expected to present complex information about global climate change in a relevant, accessible and understandable manner. Albert is the official patron of the observatory.

The couple also met Archbishop Emeritus Desmond Tutu and handed over a R1-million cheque for the Giving Organisation Trust, of which the princess is a patron.