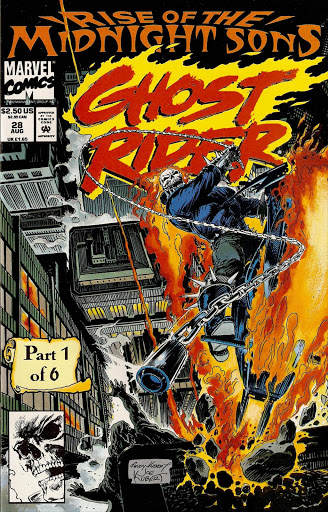 Comic book publisher Marvel Entertainment owns the rights to the Ghost Rider character in the fiery form that originated in the early 1970s, a federal judge ruled as she rejected the claims of a former Marvel writer seeking to cash in on lucrative movie rights.

US District Judge Katherine Forrest on Wednesday tossed out four-year-old claims brought by Gary Friedrich, who said he created the motorcycle-driving Ghost Rider with the skeletal head that sometimes had fire blazing from it. A Ghost Rider of the 1950s and '60s was a Western character who rode a horse.

The judge said Friedrich gave up all ownership rights when he signed cheques containing language relinquishing all rights to the predecessor companies of Marvel Entertainment LLC.

"The law is clear that when an individual endorses a cheque subject to a condition, he accepts that condition," the judge wrote.

Forrest said her finding made it unnecessary to "travel down the rabbit hole" to decide whether the character was created separate and apart from Marvel, whether the company hired Friedrich to create the character and whether he had thoughts about what rights he wanted to retain from the outset.

She said he also signed an agreement with Marvel in 1978 relinquishing rights in exchange for the possibility of additional future freelance work. He had worked for Marvel prior to that year as both an employee and as a freelance writer.

Telephone messages left with lawyers on both sides of the dispute were not immediately returned. Friedrich's phone number in Columbia, Illinois, was unpublished.

Forrest said Friedrich began seeking legal representation when he realised about a dozen years ago that there were plans for new uses of the Ghost Rider character, including in movies. In April 2004, his lawyers began asserting rights to try to get him a financial cut of the first of two motion pictures. They failed.

In 2007, when the film Ghost Rider starring actor Nicolas Cage as stunt motorcyclist Johnny Blaze came out, Friedrich sued Marvel in East St. Louis, Illinois, seeking to assert his rights and gain compensation for use of the character in movies, video games, toys and promotional products.

The lawsuit was moved to New York. The movie credited Marvel as the author of the Ghost Rider characters and story. A movie sequel, Ghost Rider: Spirit of Vengeance, is scheduled to be released in February.

At a deposition in St. Louis last April, Friedrich testified that he stopped doing freelance comic book writing in 1978 when his alcoholism got "completely out of control", and he spent a year travelling across the country in a truck with a friend. He said he became sober in January 1979.

He said he thought he had given Marvel the rights to use Ghost Rider in comic books, but that he retained the rights for movies and anything else.

"Was that understanding ever reduced to writing? Marvel attorney David Fleischer asked.